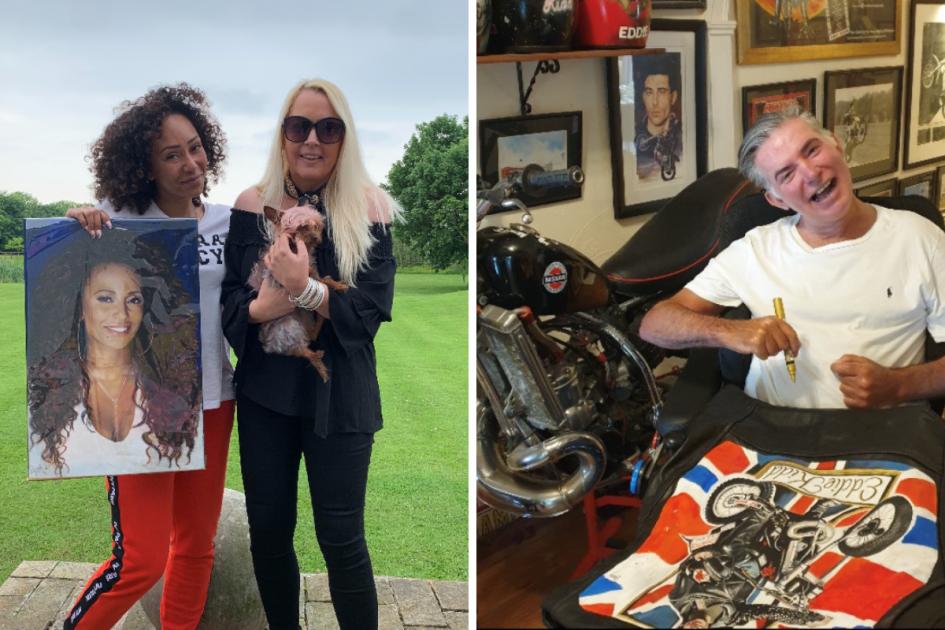 A York artist, who picked up a brush for the first time in 33 years after having eye surgery, is now rubbing shoulders with celebrities.

Shany Hagan, who has lived in York for over 20 years, had eye surgery during the Covid lockdowns and decided to start painting again, despite not picking up a brush for 33 years.

Shany says she was inspired by Captain Sir Tom Moore to support charities during the pandemic.

Now some of his work, featuring well-known celebrities, is being auctioned off to raise vital funds for charities such as Parkinsons UK and children’s cancer charities.

She said: “I started painting thinking it would be a hobby – how wrong was I? Within two weeks of posting my work on social media, I started painting. big surprise to receive orders from all over the world and the biggest stars in the world.began to contact me, my very first order was my hero of all time, world champion stuntman Eddie Kidd.

“I gave the jacket with my work to Eddie because he wanted to auction it for children with cancer, he kept this very special jacket for two years until the right opportunity presented itself last Saturday during from a celebrity-packed event in London my jacket was auctioned off to the highest bidder, the jacket fetched £12,000.”

Eddie was paralyzed and suffered brain damage following an accident in 1996 and Shany says she has painted several pictures for him and plans to help him again in the near future.

The artist said: “I owe a big thank you to my friend Mike Read who helped me connect with these celebrities, he’s an absolute legend.”

Shany does all the artwork on her own back and only gets small commissions when working with well-known celebrities.

Shany said: “I became a full time entertainer after Captain Sir Tom Moore inspired me, I have achieved so much over the past few years.”

Shany Hagan with Mel B and her portrait (Photo: Shany Hagan)