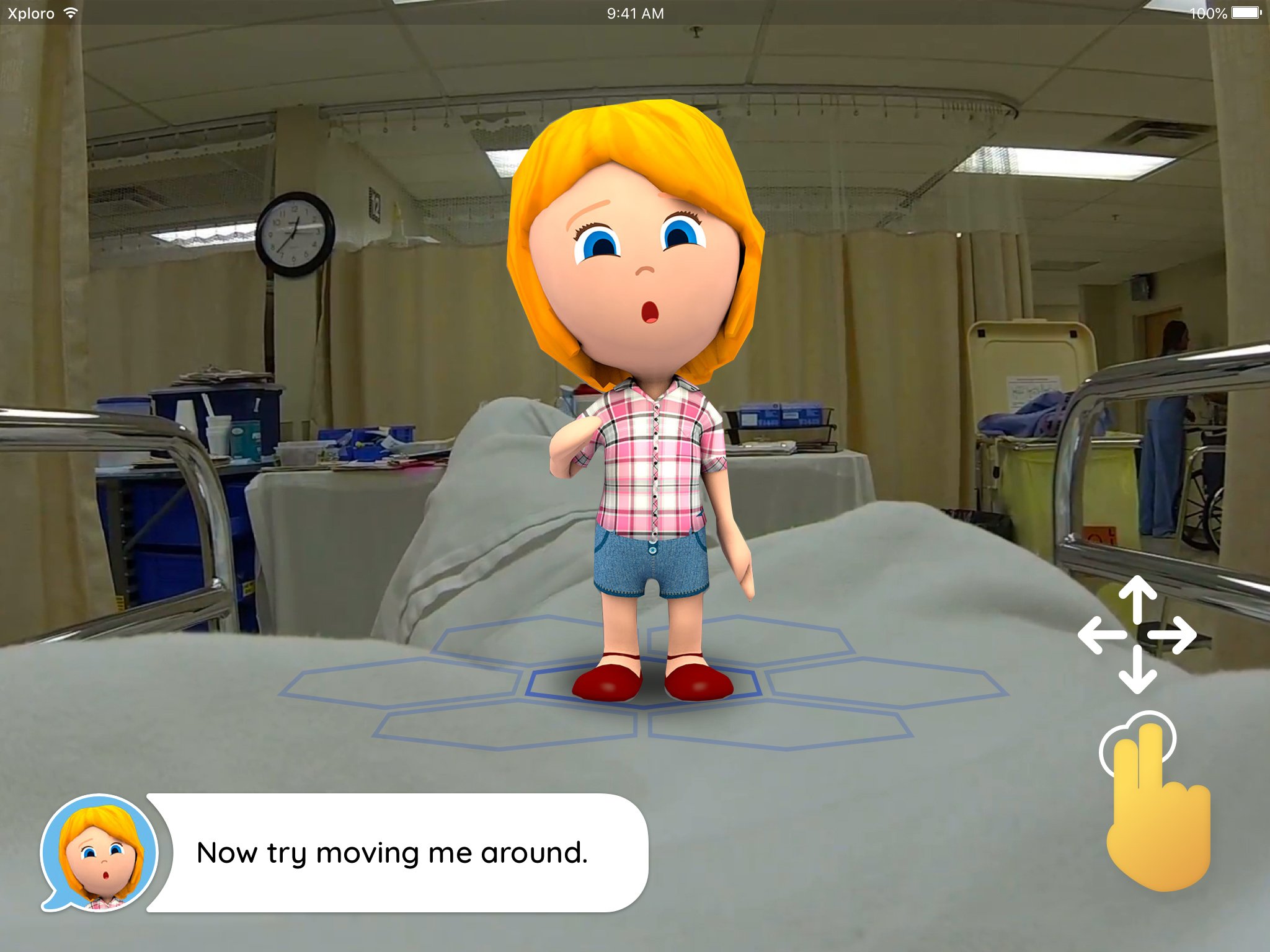 Two Manchester companies have helped bring the mobile app to children around the world to make the prospect of going to hospital less frightening.

Two Manchester companies have teamed up to translate an app that lets children with cancer get information about their treatment, helping thousands of young people with the disease around the world.

Manchester-based Dom Raban created the digital therapy platform, Xploro, after his daughter, Issy, was diagnosed with cancer in 2011, aged 13.

Register to our ManchesterWorld Today newsletter

Newsletter cut through the noise

After discovering that most of the information and advice on childhood cancer is aimed at adults rather than the patients themselves, Dom developed the app in 2015.

The platform uses artificial intelligence, augmented reality and games to educate young cancer patients about their condition, allowing them to ‘meet’ the people who will be treating them and ask questions about their treatment to minimize anxiety about illness and making receiving care a more comfortable experience.

A nurse with a young girl using the Xploro app

Now, with support from The Translation People, based in Cheadle, the app has launched in Spain, the United States and will soon be used by the World Child Cancer charity to distribute it across Africa.

Together with the experts at The Translation People, all of Xploro’s content has been translated into different languages, ensuring that users in each new territory are presented with the content in their own language, specially designed for children.

“Children should not be afraid”

Manchester-based Dom said: “When my daughter was happily cleared up, we spent some time reflecting on our experience. We had spent 10 weeks in the United States and had been honored by some of the best doctors on the planet, but all the information about what she was about to go through was provided to us as parents, rather than him. be intended.

“She was the one suffering from the disease, the one receiving treatment, and that approach had made her feel scared, anxious and alone, so we started Xploro to change that for others.

“After our UK launch, we conducted research that showed how the app drastically helped reduce user stress, and we knew it had the potential to help even more young people around the world. .

“Together with The Translation People, we have translated the app material into different languages ​​to target markets that need a tool to reduce stress and anxiety and improve clinical outcomes. Translating into Spanish was our priority because not only is it the mother tongue of almost 15 percent of people living in the United States, but it is also the mother tongue of one in 20 people worldwide.

“From there, we localized the app into Latin American Spanish and American English. Then we will translate Xploro into French, German and Arabic and as we expand we will continue to add new languages.

How linguists have helped

Alan White, Director of Business Development at The Translation People, said: “We are always keen to participate in projects that deliver greater good. Xploro is designed to really shake up the medical world and put young patients at the center of communicating their condition, so we were thrilled to have the opportunity to work with Dom and his team.

A child using the Xploro app

“Translations of medical terminology are complex as they are. But we’ve been tasked with making sure that Xploro’s content can be presented in a way that young people can understand it, and also making sure that the gender nuances in different languages ​​are made completely neutral to fit. to each user.

“It cannot be achieved by simply using technology and machine translation; it requires the expertise of native linguists, specialized and experienced in the translation of medical software.

“We worked with Dom to submit sample translations, which were then evaluated and graded by a group of child patients to select the linguist who best matched their style preferences. Our team embraced Dom’s ambitions and worked with children in mind, ensuring that the app could be adapted to young cancer patients no matter where they are in the world.