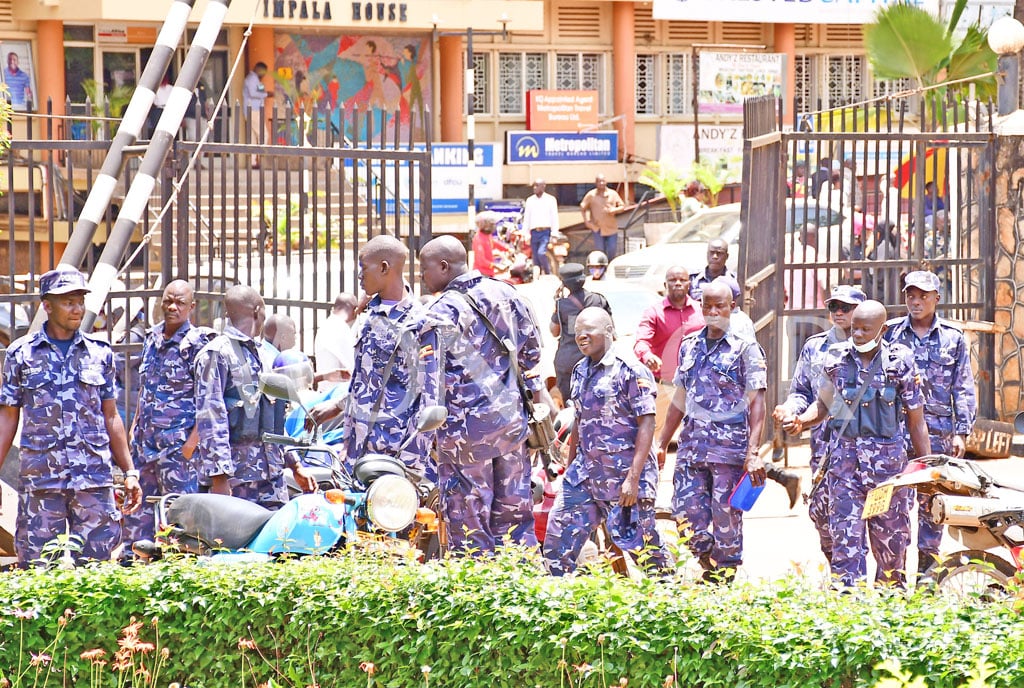 A consultative meeting for various boda boda associations in Kampala convened by Mayor Erias Lukwago on Tuesday was halted after security agencies blocked participants from entering the venue at City Hall.
By 10 a.m., attendees had started arriving at City Hall only to be blocked at the entrance.

Others made it through the main entrance but still couldn’t get to the mayor’s lounge where the meeting was to take place.

According to a September 21 letter sent to members of around 100 boda boda associations and signed by Mr. Lukwago, the meeting of stakeholders was aimed at obtaining their views on the 2022 ordinance on the management of public transport, which premiered at KCCA on September 14.

The KCCA is in the process of enacting a bill which will, among other things, ensure that players in the transport sector are registered, routes identified and stages classified.

Although the Lord Mayor tried to ask the security team why his guests were blocked, he got no response.

However, this publication has seen a copy of a September 26 letter signed by KCCA Executive Director Eng David Ssali Luyimbazi asking Mr Lukwago to secure an alternative venue for the meeting to avoid disrupting business at the town hall.

“We appreciate your efforts to mobilize the community to be part of this important civic duty. However, an assessment of the suitability of the venue with respect to the ability to accommodate the expected number of people, the ability to maintain a working environment for technical staff and the security team renders the venue unsuitable,” reads- one partly in the letter.

“This is to inform you to consider a more suitable venue. I apologize for any inconvenience caused,” the letter further states. Monitor learned that three members from each of the 100 boda boda associations had been invited to the meeting, bringing the number of participants to 300.

However, speaking to reporters minutes after his guests were blocked, Mr Lukwago denied receiving any communication from the technical branch advising him to change venue.

“It’s very unfortunate because they have no justification for proposing this rude interruption. They have not provided any explanation or communication as to why they are blocking this meeting. They are very elusive. When you move through this direction they take the other. We didn’t get a chance to chat with them. All you hear in the hallways is that the assistant executive director wrote to us but we don’t know what was expressed in the document,” Mr. Lukwago said.

He said, however, that he would ensure that the meeting took place so that stakeholders’ views on the bill were heard.