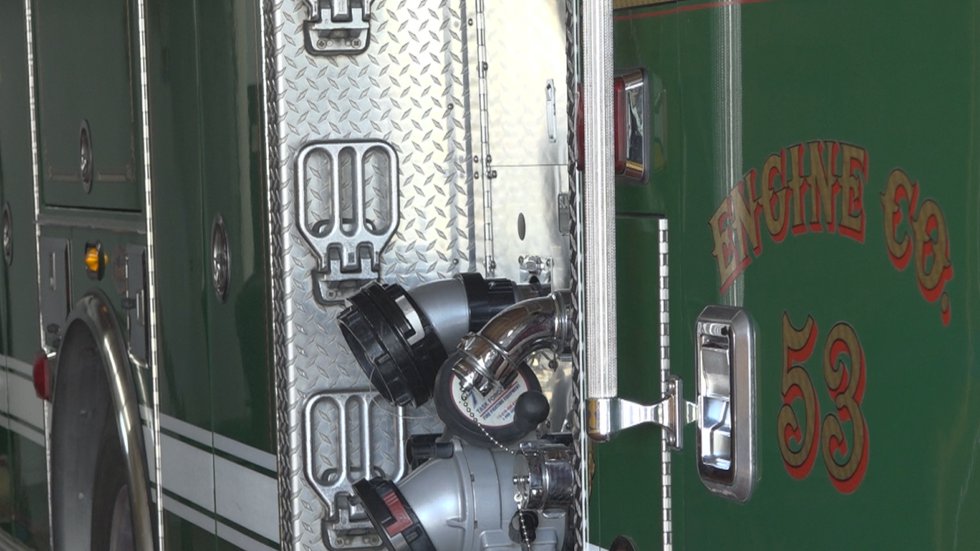 WEYERS CAVE, Va. (WHSV) – The Weyers Cave Volunteer Fire Department is finally back to a full fleet after being out of service for about nine months.

Last July, a car left the road and hit the side of engine 53.

“It was here on our front platform, right here in front of the station, and a vehicle left the road and rammed into the left front corner of it and caused significant damage to it. So it was out of service until last week,’ said Weyers Cave Fire Department Fire Chief Alan Wampler.

After spending months in Maryland getting repaired, the fire truck is ready to make calls again.

“He went to Grasonville, Maryland to Patriot Fire Incorporated to do the job, and it took a little longer than they wanted and we wanted, but eventually it got done,” Wampler said. .

When vehicles of this caliber are repaired, many critical tests are required to ensure that they function properly in an emergency. A lot of work was done to the front of the engine to fully repair the damage that was done, as well as a certified pump test and bringing the engine up to DOT standards.

Having an entire engine fail in a volunteer service that covers a large area can cause stress among firefighters and the community, but Weyers Cave was lucky with the timing of this incident.

“A few weeks before that, we had just received our new engine that we had custom built by Pearce Manufacturing in Appleton Wisconsin, and so we had just put that engine into service two weeks before this accident happened,” said said Wampler. .

The department still has two frontline engines and with the long time to repair the damaged engine, the Weyers Cave Fire Department has had to remove one engine from its reserve to operate for the past nine months.

“We still had two engines running until this one was fixed, and now we can have the spare again,” Wampler said.

The entire department is thrilled to have the 53 engine back as it serves as the primary vehicle for highway wrecks.

“This engine is the engine designed to run wrecks on the highway, or wrecks in general, but since we do a lot of highway riding, it hauls a lot more gear,” Wampler said. “We’ve used this gear for a long time, or spaced it out among other devices, but it’s nice to have it back where we can have all the gear on one piece.”

Firefighters get used to the trucks they drive in every day. The return of Engine 53 therefore gave a sense of comfort to the Weyers Cave Fire Department.

“Our members are happy to have him back. It’s kind of like your own vehicle, so to speak, and when you fix it, you still want it back because you’re comfortable driving it,” Wampler said.