Volunteers work to restore a forgotten cemetery in Waterford 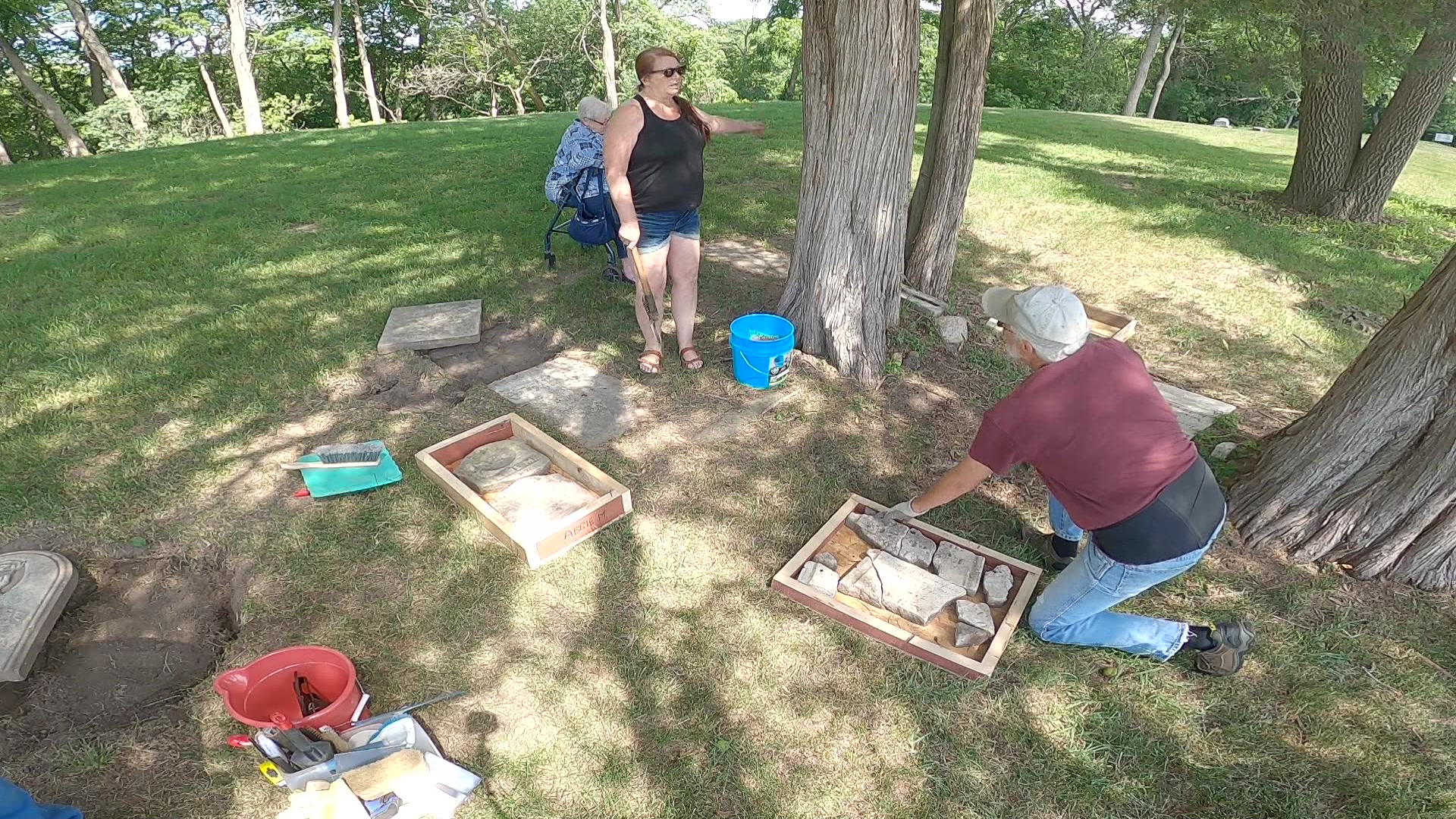 WATERFORD, Wis. (CBS 58) – A group of Racine County volunteers strives to give a forgotten cemetery the respect it deserves while learning a deep history along the way.

What looks like an empty field just outside Waterford city center is actually a storybook about the small town’s past.

The Old Settlers Cemetery on Riverside Drive is a 19e century cemetery that has been largely forgotten.

It is believed that the cemetery was officially established in 1843, but the first burial took place much earlier.

“1837 was Hyram Paige Barnes Jr. He was a baby who had passed away, and he was the first burial. He is buried near the cedars,” said Kristin Hannula, a genealogist.

Since 19e century, the cemetery was largely abandoned, with many tombstones buried, lost or broken.

Genealogists and historians from the Waterford Heritage Sites Committee wanted to know more about the obscure graveyard and began researching it four years ago, with the restoration project starting in earnest in 2021.

The Village of Waterford and the State of Wisconsin could not find records of those buried at the site, and it is possible that no records exist.

Volunteers working on the restoration project do much of the research work to find family trees themselves, combing through family records and obituaries.

They also had the help of a professor who used ground-penetrating radar to find potential burial sites. During this search, 76 probable burial sites were discovered.

With some digging, the team found the remains of nearly two dozen tombstones, and there may be more nearby.

“I happen to know some kids from Waterford who used to lower the stones into the pond. So we know there are stones there. It’s private property, we hope the owner will allow us at some point to go there and collect the stones, but we don’t know how many there are,” Gambrel said.

Once restored, all existing headstones that are in one piece will be cleaned and replaced. Pieces of the broken headstones will be embedded in a memorial wall and new ones will be made. The group also plans to obtain headstones for unidentified graves marked “unknown.” The restored cemetery will also have new signage and a special memorial gate.

The goal is to recreate what the cemetery was meant to be.

“This is a place to honor and respect, not desecrate, and by putting up our signage, our memorial gate and the fence, we should let everyone know that the rides pass through here, they are the pioneers who created this place,” said project manager Robert Gariepy.

The project will likely take three to four years.

The President of the Heritage Sites Committee, Judy Gambrel, chose to fund most of the project alone. The committee is accepting donations for the project and hopes to receive funding from the village by next year.