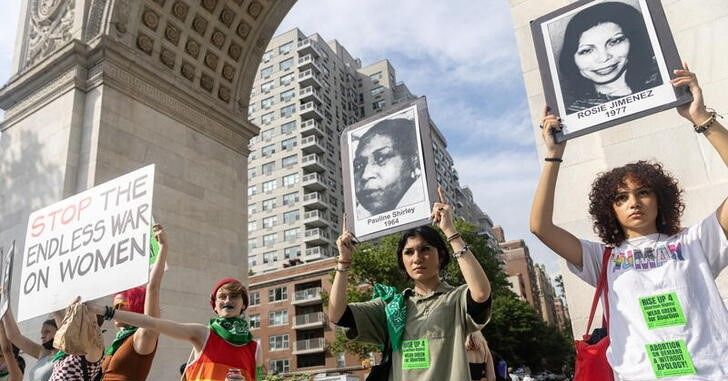 (Reuters) – A new hotline staffed by pro bono lawyers in New York is responding to a flood of inquiries from state reproductive health care providers worried about how the end of national right to abortion could affect their operations, organizers said this week.

“Unfortunately, what we received is what we expected,” said Claudia Hammerman, a partner at Paul, Weiss, Rifkind, Wharton & Garrison, who is coordinating the law firm’s participation in the effort.

The New York hotline is the centerpiece of a month-long abortion rights initiative led by state Attorney General Letitia James, working with law firms and advocacy organizations of reproductive rights who responded to the U.S. Supreme Court last month, striking down the constitutional right to abortion.

After two weeks, the hotline hasn’t received many calls from people seeking advice on getting an abortion in the state, Senior Deputy Attorney General Jennifer Levy said during a discussion Thursday hosted by the Bar Association of New York State.

But abortion providers and groups that fund abortions in New York — where the procedure remains legal — have had many questions about the changing laws and their potential legal exposure, Paul Weiss’ Hammerman said.

For example, a provider in New York performing an abortion on a woman in Texas might call the hotline to find out if he could face repercussions if he traveled to Texas to attend a relative’s college graduation, Hammerman said.

Last month’s Supreme Court ruling restored states’ ability to ban abortion, which a dozen Republican-led states have decided to do. Some state lawmakers have introduced bills that would allow civil lawsuits against anyone who helps a woman seek an out-of-state abortion.

The Attorney General’s Pro Bono Task Force for Reproductive Rights was officially launched last month with participation from 24 law firms and eight nonprofit groups. Since then, a total of about 50 law firms and several other nonprofit groups have expressed interest in getting involved, Levy said.

“We are at the beginning of realizing our potential for blue states to work together to form a sort of defensive wall,” Levy said.