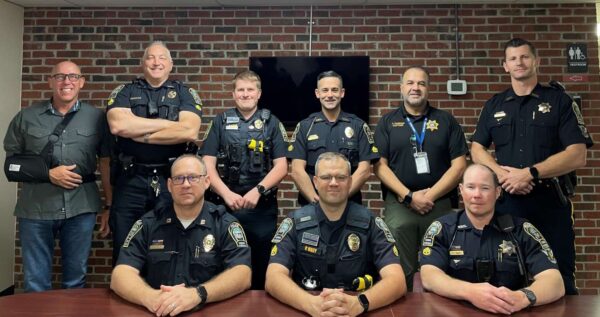 Male police officers in the city of Vienna will give up razors in November for the second year in a row.

From yesterday until November 30, chef Jim Morris suspended the Vienna Police Department’s usual ban on facial hair to support its “Grow & Give” fundraiserwhich aims to increase awareness and money for prostate cancer research.

“Last year, our little department raised the second-highest amount of any public safety organization in the country for the cancer charity – over $8,000 – and it’s thanks to the generosity of our community,” Morris said in a press release.

“Participating officers hope they are starting to look a little scruffy in their efforts to support lifesaving research,” the VPD said. “Others will be inspired to learn more about the disease and donate to the campaign to help find a cure for prostate cancer.”

The Centers for Disease Control and Prevention say the the most common cancers among men in the United States are skin and prostate cancer. The latter affects about 13 out of 100 men, the risk of contracting the disease increasing with age. Black men and people with a family history of prostate cancer are also disproportionately affected.

According to ZERO, who launched in 1996 according to the National Prostate Cancer Coalition, 98% of men with prostate cancer to survive the first five years after diagnosis, but this rate drops to 31% if the disease has reached an advanced stage.

ZERO is one of several cancer-related nonprofits running a fundraising campaign encouraging people to give up shaving in November.

The trend started in 2003 with the Australian-based company Movember Foundation, which focuses specifically on men’s health. The California-based Matthew Hill Foundation presented November no shave in 2009 as a nod to the hair loss that many cancer patients experience when undergoing chemotherapy, according to its website.