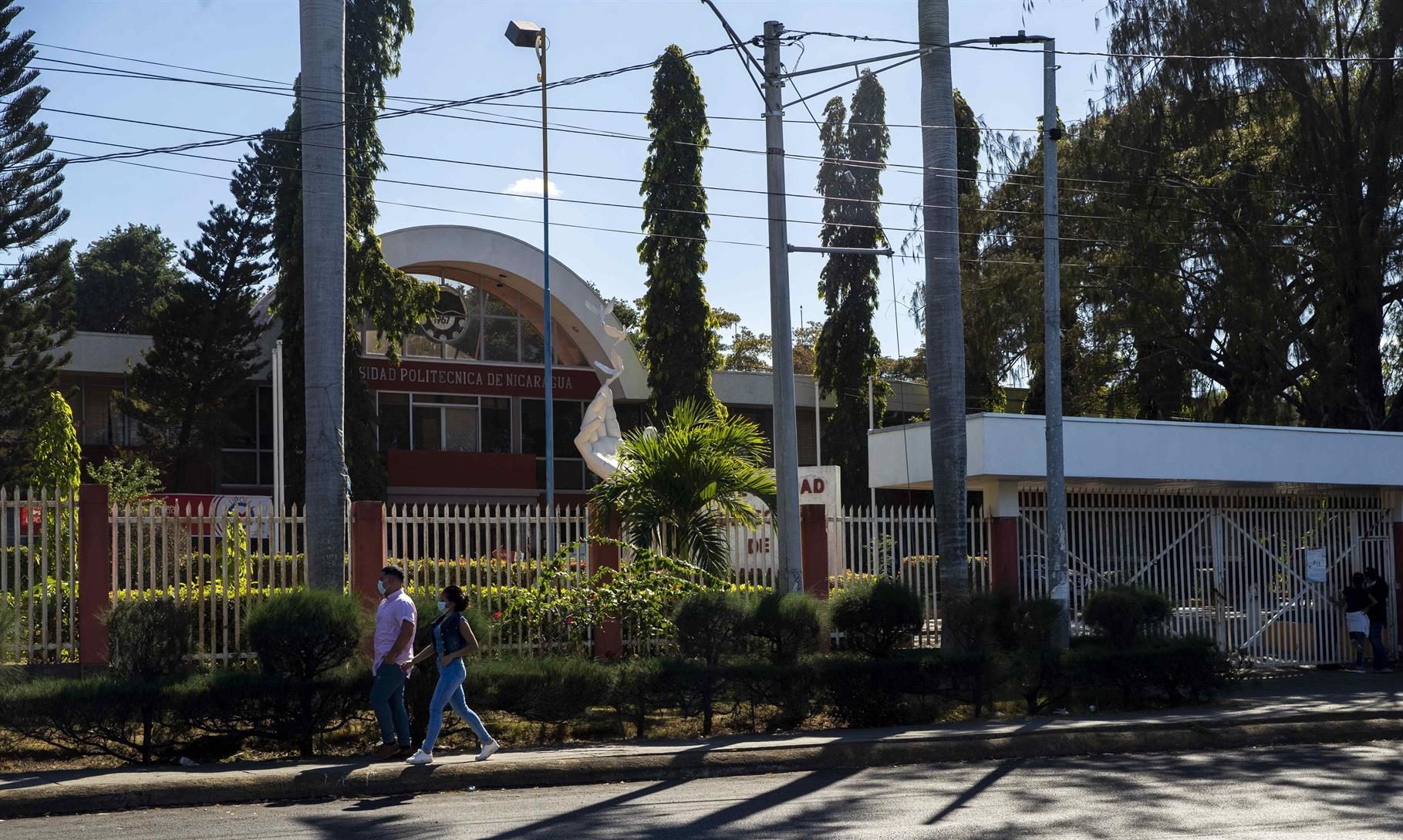 Outraged students demand the restoration of the legal status of their universities. Prominent academic warns against universities losing autonomy.

HAVANA TIMES – A day after the National Assembly revoked the legal status of five universities, police and groups of civilians were already guarding the perimeter of two of them – the Polytechnic University of Nicaragua (Upoli) and the Popular University of Nicaragua (Uponic). These cancellations were followed by the closure of seven other associations linked to private universities based abroad, a decision that generated further tensions in the affected educational community.

For nearly two months in 2018, Upoli was occupied by students protesting against Daniel Ortega’s regime. Almost four years later, the decision to end it was accompanied by the presence of police and civil agents on motorcycles and in patrol cars, who arrived in the early morning and remained outside off campus for most of the day. Despite this, university authorities offered no statement.

Upoli students, on the other hand, released a statement criticizing Nicaraguan authorities for “treacherously” closing a university that has existed for more than half a century, nullifying its legal status “so that it ceases to function. normally “.

“We issue this statement with great outrage, and express our solidarity with all students in other study halls, who have similarly been summarily deprived of the opportunity and security to continue their coursework, as well as to conclude their careers,” the written statement read.

Likewise, the students demanded that all current university staff and principals be retained and that “our grades and academic records be kept intact, with no student put at risk for asserting their rights to a valid and quality education, as stipulated in our Constitution”.

Police were also dispatched to monitor the main site of the People’s Nicaraguan University (Uponic) in Managua, as well as their branch in Jinotega.

The government justified the university closures by alleging that the institutions “failed to comply with the submission of financial records to the Department of Registration and Control of Nonprofit Civic Institutions of the Ministry of the Interior”; and in some cases because their “boards of directors were incomplete”. At the same time, the National Council of Universities (CNU) – a body allied with the government – has promised to guarantee educational continuity for students.

Following the cancellation, Paulo Freire University assured students that they would “prepare information for CNU authorities on the financial, academic and administrative situation of each department and their area of ​​work.” “With the information we submit”, the new administrative body of the university could guarantee pedagogical continuity.

Uneh also issued an official statement that, although it was not officially informed of the arrangements made by the National Assembly, it was willing to facilitate “the complete process of handing over academic files and records to whom that the CNU authorities indicate”, so that the students can complete their studies.

In the case of Ucatse, which belongs to the Catholic Diocese of Esteli, they have so far made no statement about the cancellation of their legal status. However, sources from the city of Esteli informed that the university has already been taken over by the CNU.

The University “Francisco Luis Espinoza” will be located on the old campus of Ucatse and, in theory, will absorb its student body, under the direction of a new rector appointed by the CNU. The National Polytechnic University (UNP) will occupy the Upoli campus; and the Ricardo Morales Aviles Institute will be located in Managua and will continue the programs of the other three universities (Uneh, Upoli and UPF), as well as the Hispanoamericana University which was closed two months ago, while taking over their campuses and their facilities.

In other words, the six closed private universities must be converted into state-run and state-controlled universities, subject to confiscation of their properties.

Neyma Hernandez, who was studying political science and public administration, said she felt “very worried” about ending her career at a university controlled by the regime of Daniel Ortega, which brutally cracked down on students who think differently.

The closure of universities “affects us a lot, because we know how much the [public] educational model in Nicaragua works and the way they do things,” Hernandez pointed out. “We are in a dictatorship which wants [the educational system] collapse so that there is no more civic resistance,” she added.

The regime’s crusade against private higher education continued on February 3, with a new Interior Ministry resolution published in Gaceta, the official state bulletin. The decree announced the cancellation of the legal status of seven associations linked to foreign private universities.

As with the five universities canceled by the National Assembly, the Interior Ministry accused the seven foreign university associations of failing to comply with “their obligations under the laws that regulate non-profit organizations on the Nicaraguan territory” and for not having duly reported the manufacture -constitution of their boards of directors in their countries of origin, the donations they received from outside, and the identity documents of their boards of administration, legal representatives and funders.

Similarly, the marketing director of the Central American University of Commercial Sciences told the La Prensa newspaper that the canceled association has no connection with their current campus, which has been registered and registered in Nicaragua since 1993. According to them, the association canceled by the ministry ceased its activities a long time ago and therefore the University was continuing their normal activities.

The unforeseen cancellation of the five universities can only have a negative impact on society, believes Professor Ernesto Medina. As with almost everything in education, “the effects will be felt in the medium and long term”. In the short term, we only perceive the enormous distress of the people directly concerned.

The academic manager also believes that the intervention of the CNU in these centers, “will put an end to any breath of autonomy that they could have had. To take away the autonomy of a university is to take away its spirit. It is worse at a time when the country is going through a deep socio-political crisis.

Currently, the public universities under the control of the CNU “are totally absent from any effort to project into the future of the country, because their main concern is to keep people under control, silent; making sure they don’t talk, they don’t think, and that’s going to be passed on to these other universities. It’s not that they were a marvel of social support, but at least they provided space for academic freedom that public universities lack,” Medina pointed out.

As a result, the professor concluded, Nicaragua is about to enter “a phase of stagnation, of obscurity, which will have a price that we will clearly see in the near future”.