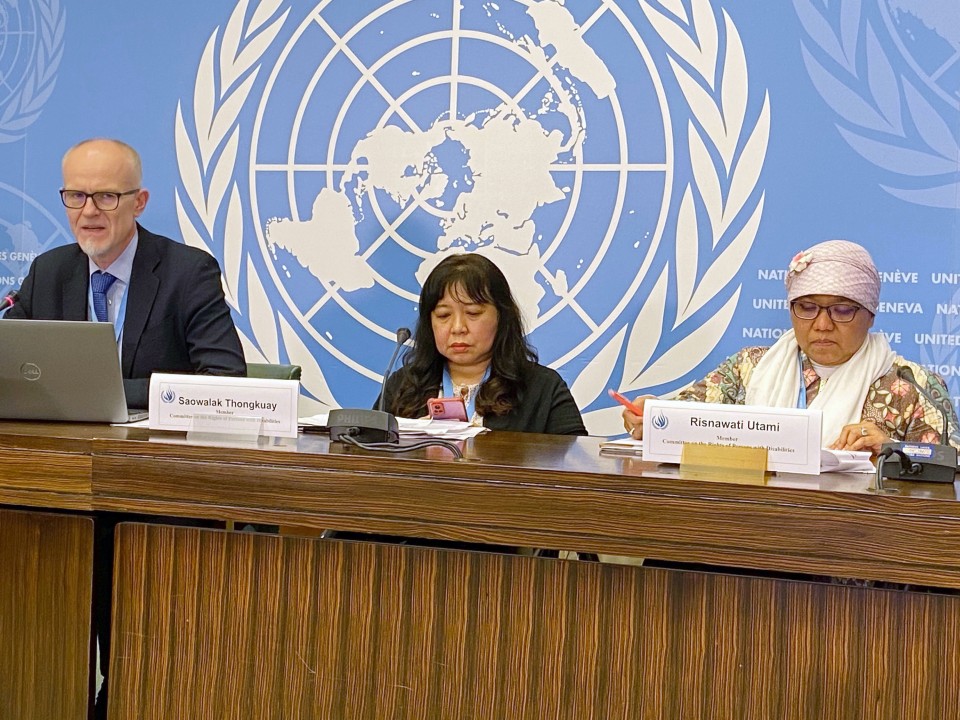 A UN disability rights panel on Friday urged Japan to end special education that separates children with disabilities from those without, as part of its policy recommendations to the country. in favor of people with disabilities.

The UN Committee on the Rights of Persons with Disabilities has expressed concern that a growing number of children with disabilities cannot attend mainstream schools and has called on the Japanese government to adopt a national action plan to quality inclusive education.

The committee, made up of 18 independent experts working with the UN human rights office, also called on Japan to ensure that all students with disabilities receive individualized support at all levels of education. .

The review was conducted in late August through a face-to-face meeting with the Japanese government. It was the first time Japan had been under review since it ratified the Convention on the Rights of Persons with Disabilities in 2014.

While highlighting the progress Japan has made in its policies for people with disabilities, Jonas Ruskus, vice-chairman of the committee and co-rapporteur for the country, told a press briefing that Japan must reverse its “negative tendency towards special (segregated) education.”

Members of the UN Committee on the Rights of Persons with Disabilities announce its recommendations for Japan during a press conference on September 9, 2022 in Geneva. (Kyodo)

Japan was one of nine states party to the convention reviewed by the UN panel, along with China, Indonesia and South Korea, among others.

Although recommendations for policy improvement measures are not legally binding, the committee’s calls are expected to spur the Japanese government to take action to improve the lives and societal participation of people with disabilities.

The committee also expressed concern about the negative impact on people with disabilities placed in residential institutions and psychiatric hospitals for long periods of time, depriving them of their lives with their families and communities.

He called on Japan to “end institutionalization” by reallocating its financial resources from residential institutions to help people with disabilities live independently in the community.

The committee also urged Japan to “abolish all legal provisions, legitimizing the forced treatment” of people with disabilities, describing their “involuntary hospitalization” as “discrimination on the basis of impairment”.

In particular, the UN panel cited the 2016 mass murder of 19 mentally ill people at Tsukui Yamayuri En, a nursing home in Sagamihara, Kanagawa Prefecture, near Tokyo. He recommended that Japan review the incident and address the “eugenic and ableist attitudes” in Japanese society that triggered the incident.

In an unusually high number compared to other countries, around 100 people, including people with disabilities, their families and representatives of civic groups, traveled to Geneva for the review to voice their concerns to the committee.

Non-governmental advocacy groups, such as the Japan Disability Forum and the Japan Federation of Bar Associations, also participated in the review process.

Japan is due to submit reports on measures to implement the committee’s recommendations in February 2028. In 2016, the country submitted its first report on its implementation of the convention.