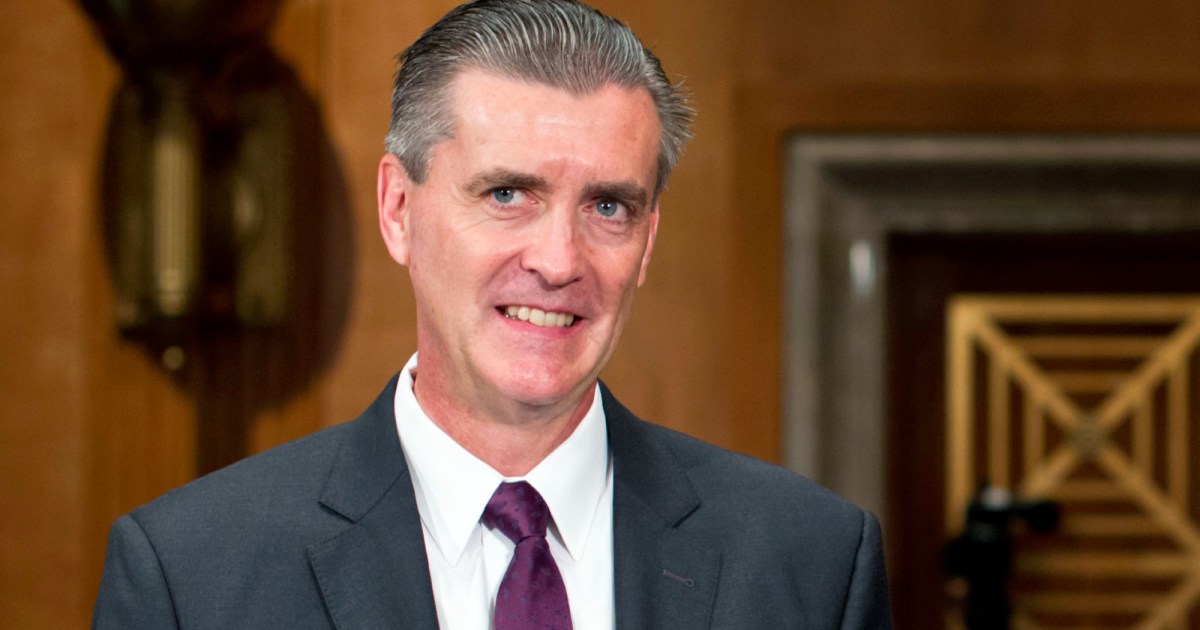 Richard Olson in 2012 before a hearing on his appointment as US Ambassador to Pakistan.J. Scott Applewhite/AP

A former US ambassador to Pakistan and the United Arab Emirates is facing criminal charges for participating in a covert lobbying campaign on behalf of the Qatari government to influence Trump’s White House and Congress in 2017.

In an unsealed court filing on Wednesday, Richard Olson, a career foreign service officer, said he would plead guilty to lying in ethics documents and breaking revolving door laws by pressuring for Qatar within a year of leaving the federal service. Those are misdemeanors, but the case against Olson is part of a larger federal investigation into Qatar’s influence efforts and illegal foreign lobbying that Mother Jones has already reported.

According to court documents, Olson’s covert lobbying included his participation in a campaign to “convince the US government to support Qatar” during a regional crisis stemming from a Saudi-imposed blockade of Qatar, the United Arab Emirates, Egypt and other states. pressuring Qatar to renounce its alleged support for terrorist groups and shutting down Al Jazeera, the Doha and Qatar-based media network that criticizes autocratic rulers of Middle Eastern states. President Donald Trump then initially sided against Qatar, encouraged by advisers closely linked to the Emirati government, including Thomas Barrack, who has since been accused of acting as an agent of the United Arab Emirates. In response, Qatar, a tiny but natural gas-rich state, launched a major lobbying campaign, which included overt and covert measures, to get Trump to take a more neutral stance.

According to the Justice Department, Olson worked for Qatar through Imaad Zuberi, a Pakistani-American businessman, who is currently serving a 12-year federal sentence for violating lobbying and antitrust laws. campaign finance, as well as tax evasion and obstruction of justice. Zuberi convinced various foreign governments to hire him to lobby for them, and used these clients’ funds to shower American politicians with campaign contributions, also secretly pocketing much of the money. He then used the resulting access to exert, or pretend to exert, influence for his clients, without registering as a foreign agent in all but one instance. A charging document for Olson does not name Zuberi, referring to him as “Person 1”, but the details included make it clear that the person is Zuberi.

Zuberi signed a contract in 2016 with a Qatar-based holding company, according to the billing document, which paid him at least $3.5 million a year. Zuberi had met Olson in Pakistan in 2013, and in 2015, when Olson was still US Ambassador, he paid about $22,000 in total for a trip Olson took to London for a meeting there. to discuss work for a Zuberi associate from Bahrain, an Olson Gift failed to report in an annual ethics form. In December 2016, Olson began working for this Zuberi associate, who is not named in the filing, for $300,000 a year. Olson provided advice for a lobbying campaign to get the White House and Department of Homeland Security to establish a “preclearance” facility in Doha, Qatar, which would facilitate travel from Qatar to U.S. destinations.

According to the charging document, Zuberi and two unnamed partners saw the blockade of Qatar in June 2017 as a “business opportunity” and sought to “take advantage” of Olson’s status as a former US ambassador to the United Arab Emirates. , the rival of Qatar. Around June 6, 2017, Olson contacted ‘Person 3’ to help ‘provide assistance and advice to Qatari government officials with the intention of influencing’ US policy in the crisis, the court filing says. . On June 10, Zuberi, Olson and Person 3 traveled to Doha, where they met with various Qatari officials, including the Emir of Qatar, Sheikh Tamim bin Hamad Al Thani. After their return, the men met in Washington with the Qatari ambassador to the United States and later members of Congress.

As I previously reported, the person who joined Zuberi and Olson on this trip was retired four-star US Marine Corps General John Allen, former commander of NATO and US forces in Afghanistan and currently President of the Brookings Institution. Allen was a fellow Brooking at the time of the trip. This story also reported that Zuberi, who the DOJ said was an agent of the Qataris, arranged and paid for this trip. Allen kept White House national security adviser HR McMaster updated on the trip. In emails to McMaster, which I obtained last year, Allen praised Trump’s handling of the diplomatic crisis, calling it “masterful” and touting his own longstanding relationship with Qatari leaders: “I have their confidence on many levels,” he said in a June 9 email to McMaster. Allen also conveyed Qatari perspectives on the Gulf crisis and conveyed their requests for meetings with senior US officials.

It is unclear whether Allen knew that Olson and Zuberi were working for the Qataris; The DOJ presented no such evidence. Allen did, however, praise Zuberi in personal emails. “Thank you for facilitating what I believe to be very important talks with the Qataris,” he wrote to Zuberi on June 12, 2017. “They could not have happened without your leadership.”

Beau Phillips, a spokesman for Allen, did not respond to an inquiry Wednesday. Phillips previously told the Associated press: “General Allen never acted as an agent of the Qatari government.”