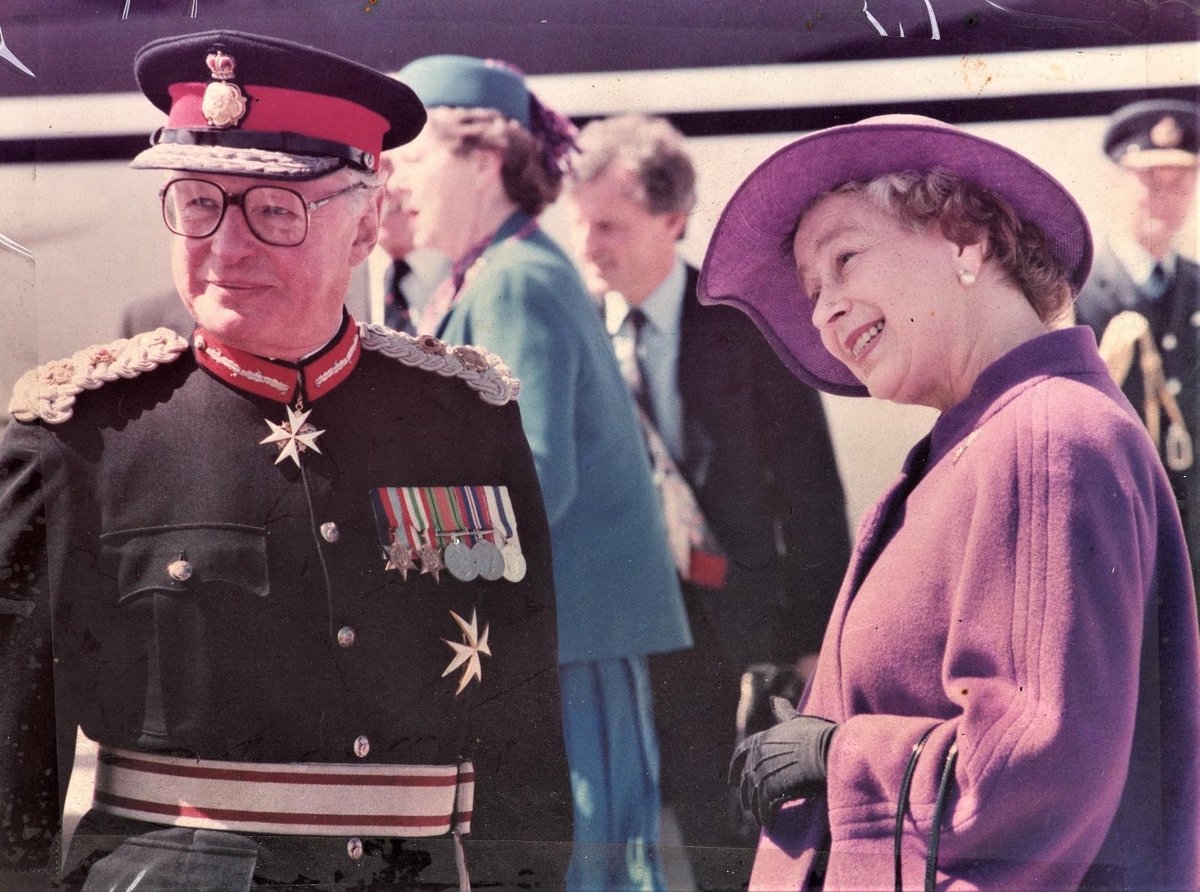 Sir Simon, whose daughter Cosima is the current mayor of Burnley, was born in Belgrave Square, London.

He enjoyed holidays spent with his grandmother, Lady Alice Reyntiens, at Dyneley Hall, Cliviger, the place he would later call home and where he died peacefully on Friday 11 November surrounded by his family. He inherited the Worsthorne estate in 1954.

Sir Simon married his second cousin Mary Fitzherbert in 1955, who became Lady Mary Towneley, later well known for setting up the Mary Towneley Loop on the Pennine Bridleway. She died of cancer in 2001, aged 65.

He was educated at Stowe, then at Worcester College, Oxford.

During the war he was commissioned as a Second Lieutenant in the King’s Royal Rifles (60th Rifles) and later became Lecturer in Music History at Worcester College from 1949 to 1955.

He was also a member of the Board of Governors of the Royal Northern College of Music; Member of the Tribunal of the University of Manchester; and a trustee of the British Museum.

Sir Simon was the Duke of Lancaster’s Own Yeomanry Honorary Colonel from 1979 to 1988 and a huge supporter of the arts in the North West.

A very passionate gardener – the Dyneley Garden is his creation – and a long-time member of the International Society of Dendrology, he has been an active supporter of horticultural projects such as Trees for Burnley, the Millennium Project and all of Burnley’s greening initiatives. At Offshoots at Towneley Hall, he donated rare seeds.

Prompted and led with unflinching energy by Lady Towneley, Sir Simon strongly supported the opening of the Pennine Bridleway and Mary Towneley Loop, the first and still the only national multi-user footpath, a footpath of national significance centered on Burnley.

He volunteered at the Pendleside Hospice Shop for 20 years and was dedicated to the Wednesday morning shift.

He kept many roles until the end of his life: Patron, Riding for the Disabled Dyneley Group (a group founded by Lady Towneley); President, Miter Angling Club; founding member and patron, Burnley Civic Trust; patron of the Towneley Hall Society.

A faithful Catholic, with Mass said at Dyneley for many years, Sir Simon recently attended St Mary’s Church, where he was a familiar figure in his favorite seat at the back of the church.

He was very proud that his daughter Cosima was carrying on the family tradition of civic duty as County and Borough Councilor and now as Mayor of Burnley.

Cosima said: “My father worked tirelessly to support many local people and associations. He often worked behind the scenes to ensure Burnley residents benefited from national and local projects.

“He has been a great support and wise counsel to me. The family tradition will of course continue and he will be missed terribly.”

Her funeral will be at 11am on Friday November 25 at St Mary’s RC Church, Yorkshire Street, Burnley. No flowers. Donations to Pendleside Hospice.