Three women, a plane trip and an unexpected friendship 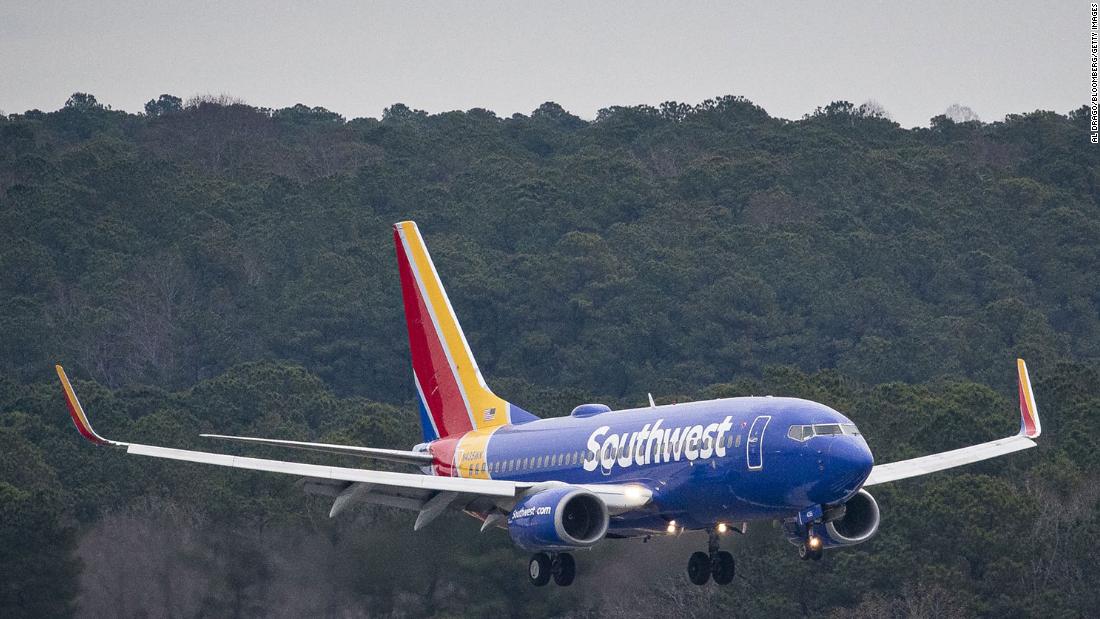 (CNN) — Regina Dew was one of the first passengers to board the Southwest Airlines flight from Phoenix, Arizona, to Baltimore, Maryland.

It was May 2013 and Dew, then 66, had just returned from a family wedding. She suffered from health issues so had arranged for a wheelchair to help her on her journey. There was no reserved seat on the flight, but early boarding secured her a coveted front-row seat.

Shortly after, Debra Jonsson, then 57, traveling from her home in Arizona to visit her daughter, joined her through the bulkhead. Dew was by the window, so Jonsson grabbed the aisle seat, his favorite spot.

More passengers flooded the plane and Winnie McMorrow, then 67, returning from a visit to a friend in Monument Valley, was quickly sandwiched between Dew and Jonsson.

The three women were strangers to each other, but as the flight prepared for takeoff, they recognized each other as like-minded souls.

Dew had given the two women a friendly greeting when they sat down. Then she and McMorrow bonded when they both pulled out their knitting needles.

“Knitting or crocheting keeps me sane on a flight, so I started crocheting and Regina was knitting too,” McMorrow said. CNN Travel. “On the other side of me, Deb was probably working on her computer, because she was going back and forth quite frequently. But then we started talking.”

Before long, Jonsson had closed his laptop and the three were deep in conversation.

“It felt like we were the only ones on the plane,” Jonsson told CNN Travel.

“We started hitting it off right away, we seemed to get along, like we’d been friends for years,” Dew adds.

Jonsson is a great traveler. Previously, she worked for many years as a flight attendant for TWA and now works in the hospitality industry. She has also been practicing yoga for over three decades.

She suggested to the other two women that flight attendants guide passengers through a seated yoga practice during flights.

Dew and McMorrow jumped at the idea, encouraging Jonsson to contact Southwest to discuss the proposal.

“We were talking and laughing and making all kinds of suggestions about what they – the airline industry – could do to make our flights even more enjoyable,” Dew says.

“We just joked back and forth,” McMorrow says.

The conversation turned to their respective travel plans that day, then to their lives, careers and families.

Soon, Jonsson hailed a flight attendant, buying the women each a glass of wine.

“Debra got us some wine, which was nice,” McMorrow says. “And we shared our stories.”

“We would talk about our families and share information about our children and what they were doing,” Dew recalled.

The three were the same age, shared common values, but had also led quite different lives in different parts of the country. McMorrow is a retired Maine-based nurse who loves to travel. Dew, based in Albany, New York, says she would have liked to travel more, but is passionate about Reiki healing, as well as her volunteer work helping people living with AIDS.

All three were united by a love of exchanging ideas and finding moments of joy and connection in everyday life.

“It was almost magical,” Dew says. “I couldn’t believe we got along so well. It almost never happens.”

Flying from Phoenix to Baltimore usually takes around four hours, but severe storms that day altered the flight path, extending the trip by more than an hour.

For Dew, Jonsson and McMorrow, time has flown.

“The storm gave us more time to bond,” Dew says.

“It was the fastest, most memorable flight I can remember,” McMorrow said.

“We probably went silent for the announcements and that was it,” says Jonsson, who adds that there’s something cathartic about unloading with strangers.

“We didn’t have history. We didn’t need to know history. That’s what’s special. That’s apart from everything else, I think.”

Left to right: Regina Dew, Winnie McMorrow and Debra Jonsson, who met by chance on a plane from Southwest.

When the plane landed in Baltimore, the three women separated, on their connecting flights.

“You feel like you came away meeting some really great people,” McMorrow says. When she returned to Maine, she shared details of the memorable flight in her diary.

“At [the] trip home, I sat between two extremely interesting women and the five hour flight passed quickly,” she wrote.

Over the next two days, the women consulted with each other online, logging on to social media.

From there, they shared their home addresses. Jonsson sent the other three greeting cards she had designed. McMorrow says she was struck by how thoughtful this was.

As they began to communicate on Facebook, Jonsson, Dew and McMorrow discovered they had even more in common than they realized on the plane. Staying in touch was a natural next step.

“I think because of our age, I think we like some of the same things,” Jonsson suggests.

They all have a common appreciation of beauty, she says.

“Whether it’s a beautiful yarn or a beautiful tapestry. I know they particularly comment on the photos I post of sets.”

Over the past nine years, McMorrow, Jonsson and Dew have come to respect and value each other as a distant connection capable of brightening their day from afar.

Jonsson says receiving a message from either woman is “like a warm hug.”

A few years ago, when Jonsson moved from Arizona to Utah, Dew sent him a travel book about Utah, along with a bookmark that read:

“Good friends are like stars…You don’t always see them, but you know they’re always there.”

“Bookmarking is something I still use,” says Jonsson.

Dew says following the two women on social media is “joyful” and inspiring.

“It encourages me to keep growing,” she says. “These two ladies encourage me in this.”

“If you get a job from Regina, you know it’s going to be something worthwhile, valuable, has a lot of cultural aspects to it. He’s just a great person,” McMorrow said.

“And Debra is like a moving, shaking person. She’s just had so many experiences. And oh, when she posts about a project that she’s working on, it’s so fun to watch. And I think of Deb as such a family person. She has the most beautiful family.”

The space the three created on the plane for deep connection and an exchange of ideas also migrated to social media.

“I think that’s the beauty of meeting a stranger to keep in touch with a stranger,” says Jonsson. “That gift, for me, is that I can talk freely to these women and I could talk to them about things that I would never talk to my kids about.”

From time to time, the three still discuss Jonsson’s idea of ​​airplane yoga – they all agree that the recent surge in disruptive airplane passengers suggests it might be needed now more than ever.

Women are also there for each other from afar. Last fall, when Dew returned from a period of hospitalization, a bouquet of flowers was waiting for her, sent by Jonsson.

“I was truly amazed by his kindness, generosity and caring, it touched my heart so deeply,” Dew said. “Winnie and Deb are both great supports on my journey.”

After meeting on the flight, Regina Dew, Winnie McMorrow and Debra Jonsson stayed in touch through social media and snail mail.

When Dew, Jonsson and McMorrow parted ways at the Baltimore airport, they knew they were unlikely to see each other again in person.

But that doesn’t mean the three aren’t dreaming of reuniting one day.

“That would be great,” McMorrow says.

She’d love to meet Jonsson’s family and get a glimpse of his life and work in Utah, explore Albany with Dew, and see his many volunteer activities — and she’d love to show them both in Maine.

Dew, meanwhile, suggests the three could get together for some sort of think tank, discussing how to make flying more enjoyable.

“I think it would be a useful tool to get us together, brainstorm and have an airline – or all airlines – agree to accept these ideas of forming friendships, alliances, on planes,” Dew said.

“If Deb, Winnie and I could be part of a project to reverse what’s happening on the negativity and be part of the positivity? I would be all for it.”

Jonsson imagines the three would hang out somewhere near a beach and “eat, tell stories [and] create new memories.”

Whatever happens in the future, the women say they will continue to stay in touch via social media and regular mail.

“For some reason, we were on that plane together so we could be friends forever,” says Jonsson. “Even if we never saw each other again, the rest of our lives — and we were pretty sure we wouldn’t — we could just take care of each other after that.”

The three friends hope their story will encourage others to be open to connection and embrace positivity.

“I would like people to be ready and open to embrace the simple and unexpected things that travel can bring to their lives,” McMorrow says. “Traveling around the world opens our eyes, that’s for sure, but [it] may occur on a short inner journey.”

“I think that’s the message that Deb, Winnie and I found that day on our little trip,” Dew confirms. “Why not be friends? It’s so much nicer.