The Women’s Open champion follows the men, and her fear is one of the best things you’ll see 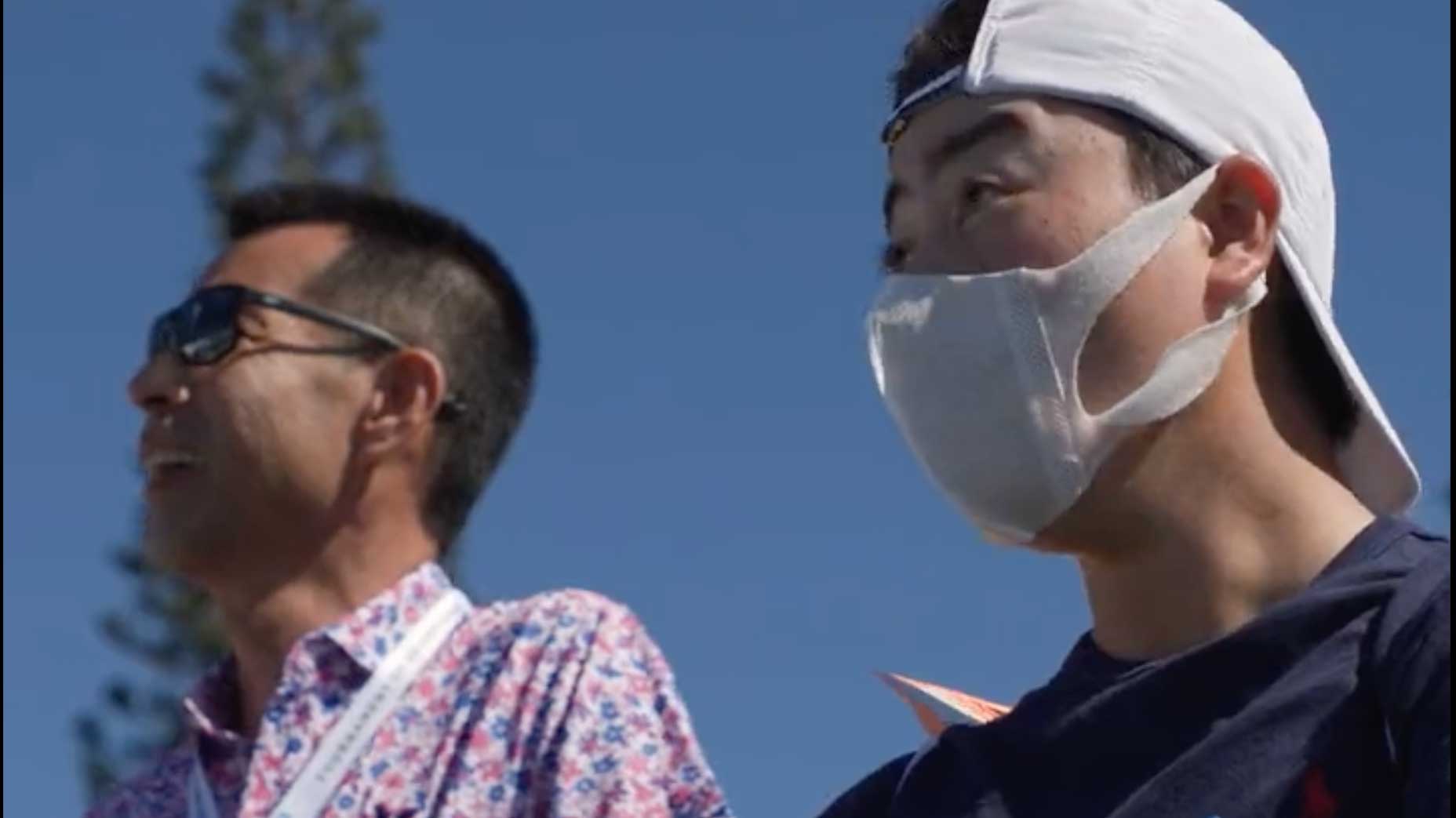 Yuka Saso on Friday watching Bryson DeChambeau hit a tee shot at the Tournament of Champions.

The fan puffed out her eyes, raised her eyebrows and, although she knew she had to be quiet near the tee, said “Sheeeeesh.” The game not only recognized the game, but the game also praised the game.

“I hope the ball is okay,” she continued, then laughed.

As good a player as Saso is – and she is very much; Google “Yuka Saso swing”, and you’ll swear you typed “Rory McIlroy” instead – she’s such a fan. It was McIlroy, you might remember, who inspired her swing, and it’s McIlroy, you might remember, she gushed in June at the Men’s Open, where she met him. for the first time, shortly after his victory at the Open. This week, after appearances with her new club creator, Calloway, at the Plantation Course in Kapalua, Hawaii, she was followed by the PGA Tour cameras in the second round of the Tournament of Champions, and the videos are below.

First, Saturday outing by the Tour’s social media team, Saso watched DeChambeau’s tee shot, and in the second video, Sunday outing, she followed the twinning of Xander Sc Chaudele and Hideki Matsuyama. The best part? Perhaps it was when the 20-year-old innocently stumbled upon a volunteer working with a laser yardage in the middle of the fairway.

“It’s a laser,” replied the volunteer. “I spot the bullet and throw it into the trailer.”

“Oh, so you know how far that is?” She asked with her second question.

“Um, they know the distance here. Replied the volunteer.

“How far away was Hideki?” Saso asked with his third question.

“155? Saso asked with his fourth question.

“From here to the hole.” replied the volunteer.

It all reminded me of the McIlroy meeting. There, holding the Harton S. Semple Trophy and accompanied by an entourage of USGA media workers, Saso shyly approached McIlroy at Torrey Pines and drove a few holes.

Nick Piastowski is editor-in-chief at Golf.com and Golf Magazine. In his role, he is responsible for editing, writing and developing stories in the field of golf. And when he’s not writing about ways to hit the golf ball farther and straighter, the Milwaukee native likely plays the game, hits the ball left, right, and short, and drinks a cold beer to clear his mind. score. You can contact him about any of these topics – his stories, his game, or his beers – at [email protected]