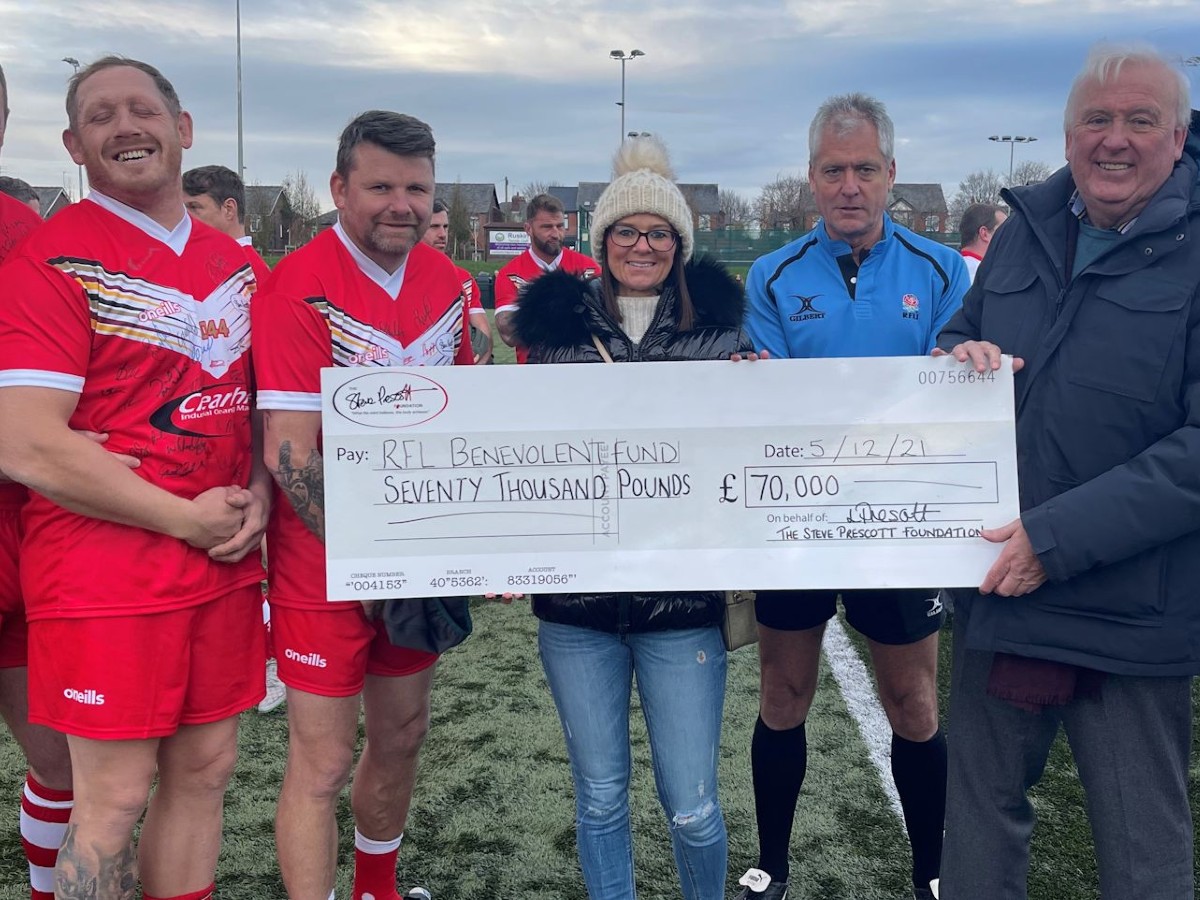 The Steve Prescott Foundation donated £ 70,000 each to the Rugby League Benevolent Fund and the Christie Charitable Fund.

The contributions result from the extraordinary fundraising efforts of supporters and sponsors of the Steve Prescott Foundation throughout 2021.

It included a virtual 10K in March and the SPF 1000 Mile Walk Challenge which started in January and brought together nearly 500 participants from around the world.

Thank you to all the wonderful people for your continued support during these most trying times!

The great man would be so proud of all your accomplishments 👏👏👏

On behalf of the Rugby League Benevolent Fund, President Steve Ball underlined the continued importance of the SPF in facilitating its life changing work.

Ball said: “We are delighted to receive another fantastic donation of £ 70,000 from the Steve Prescott Foundation.

“This continued support from their incredible supporters allows us to help those whose lives have been seriously affected by the game we love!” The SPF are our biggest donors and really make a difference for the Rugby League Benevolent Fund. “

Taylor, Steve Prescott’s son, took the lead again, with an extraordinary 100 mile run in 48 hours in May.

Aided by a team of volunteer runners, the challenge involved Taylor doing a 10k run every 3 hours continuously for 48 hours and was bolstered by an anonymous donation of £ 15,000.

Donations to the SPF are inspired by Steve Prescott MBE who passed away in November 2013.

Steve played in the rugby league for St Helens, Hull FC and Wakefield Trinity Wildcats, and was a Great Britain and Ireland international.

He was diagnosed with a rare abdominal cancer, pseudomyxoma peritoneal (PMP) in 2006 and formed the SPF in 2007 to raise awareness and raise funds for the Rugby League Benevolent Fund and The Christie in Manchester.

Steve undertook many physically and mentally exhausting challenges during his illness to raise funds and educate the charities close to his heart.

In October 2013, he underwent a pioneering multi-organ transplant of the small intestine, pancreas, duodenum and abdominal wall at the Oxford transplant unit and although this procedure eradicated the cancer, Steve died a few weeks later from surgical complications.

Linzi Prescott added, “We are delighted to continue to support The Christie, including its research program in conditions related to pseudomyxoma.

“The SPF is very grateful to all the people who have taken on challenges for us this year under such difficult circumstances and for all the donations we have received. It really makes a difference in people’s lives.