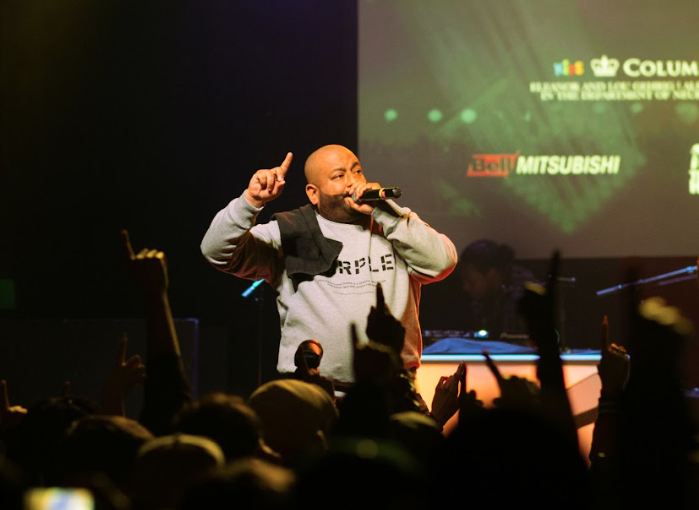 Fat Joe, who has been a tight support system throughout Lou’s seven-year battle with leukemia, returned to the square to close the show, performing classics and more recent hits. Joe said, “Whatever was given away at the event, I will double it.”

During an intermission, Lou said the night was dedicated to his mother as he revealed she was battling lung cancer. He explained to the audience that he almost canceled the concert because of the news, but his mother said, “No amigo, the concert continues.” Before the show, he told her, “If I fought and won, I need you to win too.”

JI the Prince said, “Pretty Lou is a warrior, a champion.”