The monsoon arrives in the tricity of Chandigarh, the misery too 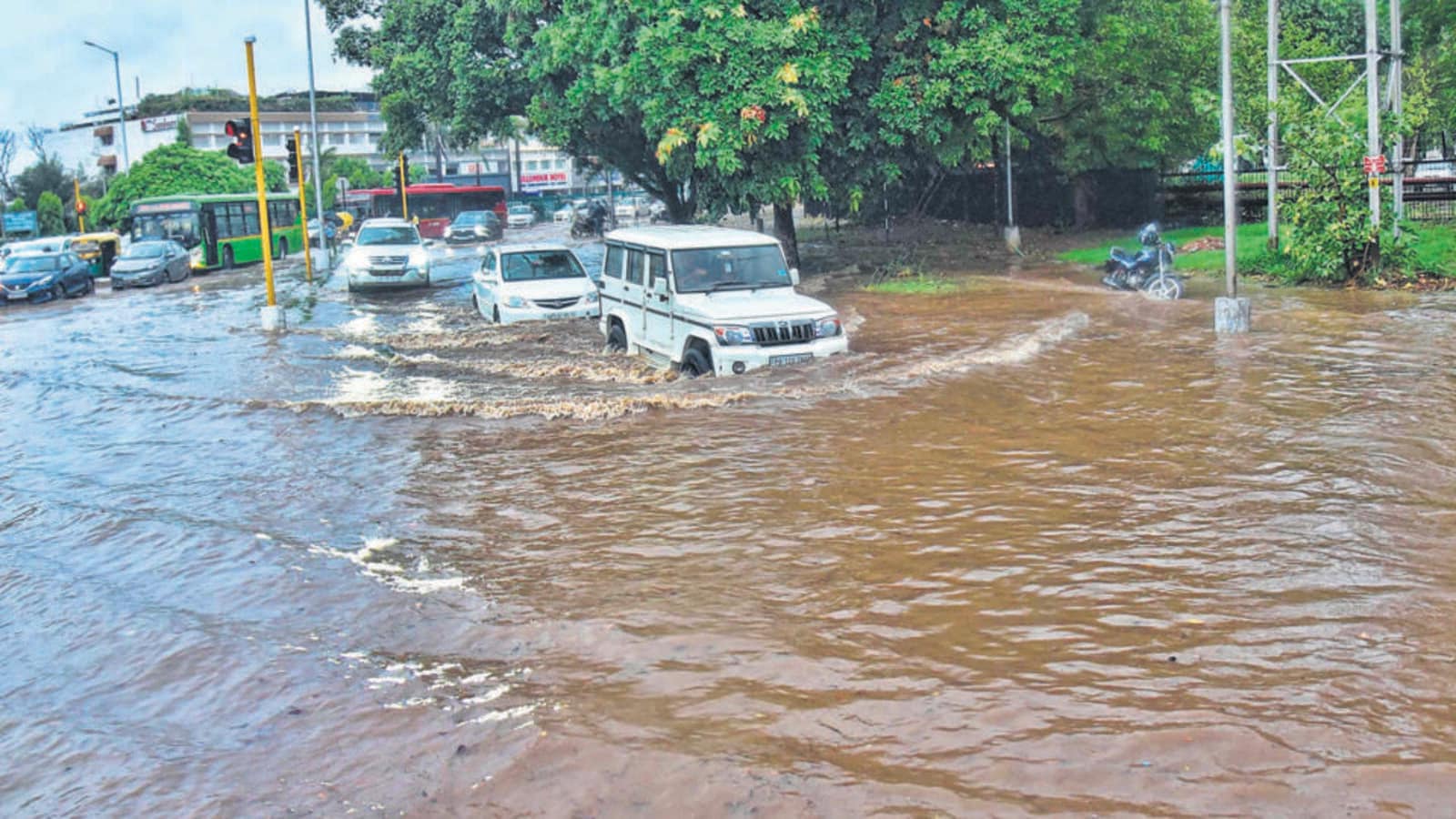 Downpours of 72.9mm on the very first day of the monsoon expose the high demands of civic preparedness as just two hours of morning rain left roads flooded during office rush hour

Four days late, the monsoon finally arrived in Chandigarh on Thursday, ending residents’ long wait for the rains after a record summer.

The very first day of the rainy season brought a whopping 72.9mm of rain, making Thursday the wettest day in June since 2013, when 92.4mm of rain was recorded on June 14.

The Indian Meteorological Department (IMD) has declared the onset of the monsoon in the afternoon even after heavy rain of 68.2mm hit the city in the morning, quickly flooding major roads and revealing the lack of preparedness of civic authorities.

IMD Chandigarh Director Manmohan Singh said, “The monsoon was expected to arrive with a good amount of rain. The system was quite strong, which is why we had record rains. It will continue to stay strong on Friday so there is a chance of heavy rain again and on that light rain can be expected.

The arrival of the monsoon is declared when the monsoon system enters the region and it rains continuously for a total of two days. The prevailing wind systems in the region are also important for this and are usually accompanied by moderate to intense rainfall.

Apart from Chandigarh, monsoon was also declared on Thursday in parts of Punjab and Haryana.

This year in June Chandigarh recorded 122.8mm of rain but this is still below the normal 155.5mm and the lowest since 2019 when 26.5mm of rain was recorded for the whole month .

According to Singh, this was due to rain and cloudy weather that continued throughout the day, coupled with cool easterly winds.

Rated heavy (64.5mm to 115.5mm) by IMD, Thursday’s 72.9mm of rain during the morning peak brought traffic to a standstill due to waterlogged roads.

As residents woke up to overcast skies followed by 3mm of rain until 8.30am, they were greeted by a heavy downpour of 68.2mm as they started to set off for the day.

The main roads of the city, in particular near the roundabout Sector 20/30/32/33, the JW Mariott Chowk (Sectors 21/22/34/35) and PGIMER, were among the most affected, out of order of vehicles and causing traffic jams. .

In Sector 34, knee-deep water was seen on the roads leading to the commercial parts, while the underground railway bridge in the industrial zone, phase 1, was also flooded.

Traffic police issued an advisory after traffic jams were reported near Sector-17 ISBT Chowk, which could not be cleared until the afternoon.

Numerous Resident Welfare Associations (RWAs) have reported the waterlogging, pointing out that authorities have once again failed to prepare in advance for the monsoon.

Federation of Welfare Associations of Chandigarh Sector (FOSWAC) Chairman Baljinder Singh Bittu added, “Rainwater has even entered some houses in Sector 21. Road gully clearing must be completed before the monsoon, but the municipal corporation (MC) failed again. There needs to be some transparency about what MC is doing with the public money it’s supposed to be spent on cleaning up road gullies.

The waterlogging also affected the Sector 25 cremation ground, where the last rites had to be stalled for several hours.

Not just residential areas, even the Zirakpur-Ambala highway has witnessed waterlogging, forcing long-distance travelers to move at a snail’s speed.

Although the Mohali Municipal Corporation claimed to have started clearing ravines from roads long before the monsoon, their claims fell flat as residents struggled to maneuver through 3ft of water on various roads.

Due to a poor drainage system, rainwater even entered houses and shops in some parts of the neighborhood.

In many areas, the administration was seen taking the help of firefighters to clear water from the road.

Photos and videos of soggy roads and vehicles stuck in rainwater in Panchkula circulated on social media throughout the day.

Residents complained that despite the approaching monsoon, MC failed to clear road gullies in several areas, including sectors 8, 9, 10, 12, 15, 16 and 20.

Waterlogging plagued commuters in several places, including the railway under the newly constructed bridge in Sector 19, where MC had to deploy motor pumps to evacuate rainwater.

Residents of Budhanpur village complained of multiple potholes on the village roads which had made it impossible even to walk in the rain, let alone drive.