The 3Cs celebrate another year of charity 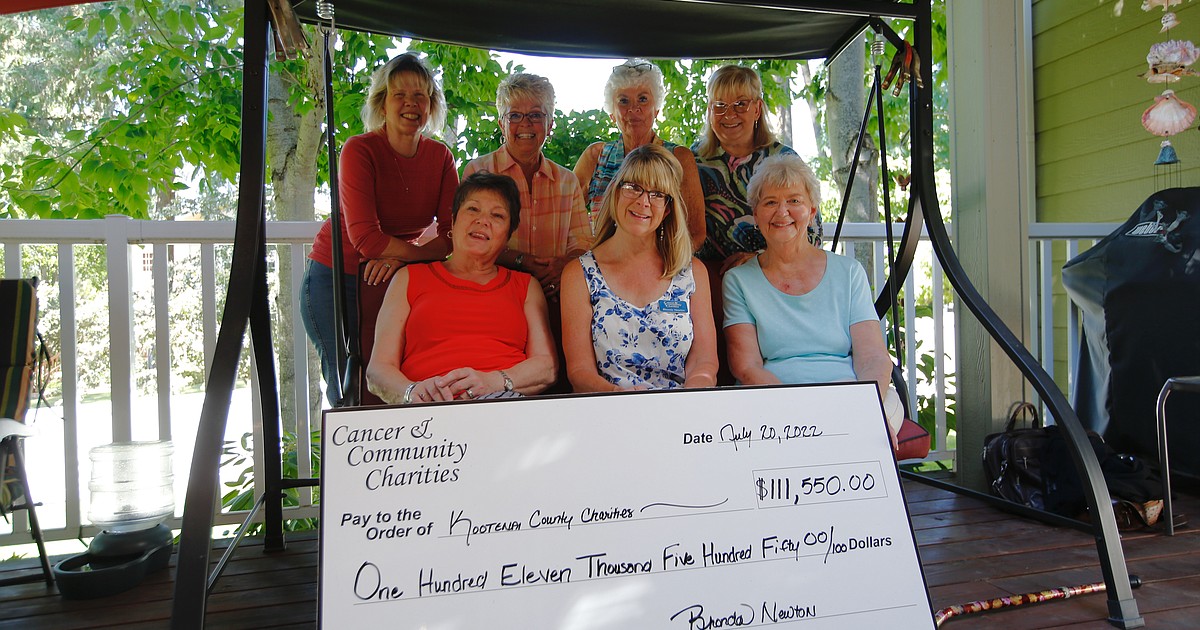 It was the joyous proclamation made after the women of Cancer & Community Charities – better known as the 3Cs – decided which local organizations will receive the funds they raised this year.

The 3Cs will be handing out $111,550 at their annual appreciation luncheon next month.

“It’s amazing that this group of ladies can come up with this and keep going,” said 3C President Rhonda Newton. “Some of these ladies have been with the group for decades.”

Since the group’s inception, the women volunteers have raised and distributed approximately $2.5 million to charities in Kootenai County. Most of this money has been distributed over the past 20 years.

The group collects annual dues – only $25 – and organizes many social groups and activities for which they ask for a small donation.

Their biggest fundraising event of the year, an annual fashion show, raised a whopping $50,000 in May. It was the fashion show’s biggest year.

Each year, the 3Cs invite certain charities to apply for funds.

The women review grant applications and then interview each charity in depth to find out more about the project, as well as how much money is needed and how the charity plans to get the extra funds required.

This year, the 3Cs received $35,000 more in applications than they had in available funds.

This means women had to be careful when determining who will get what.

“You fight for whoever you want,” Gardner said.

Whether raising funds or debating how to distribute them, Newton said the 3Cs have one thing in mind above all else – and that has been instrumental in their decades of success.

“The key word is fun,” she said. “Our ladies are having fun.”