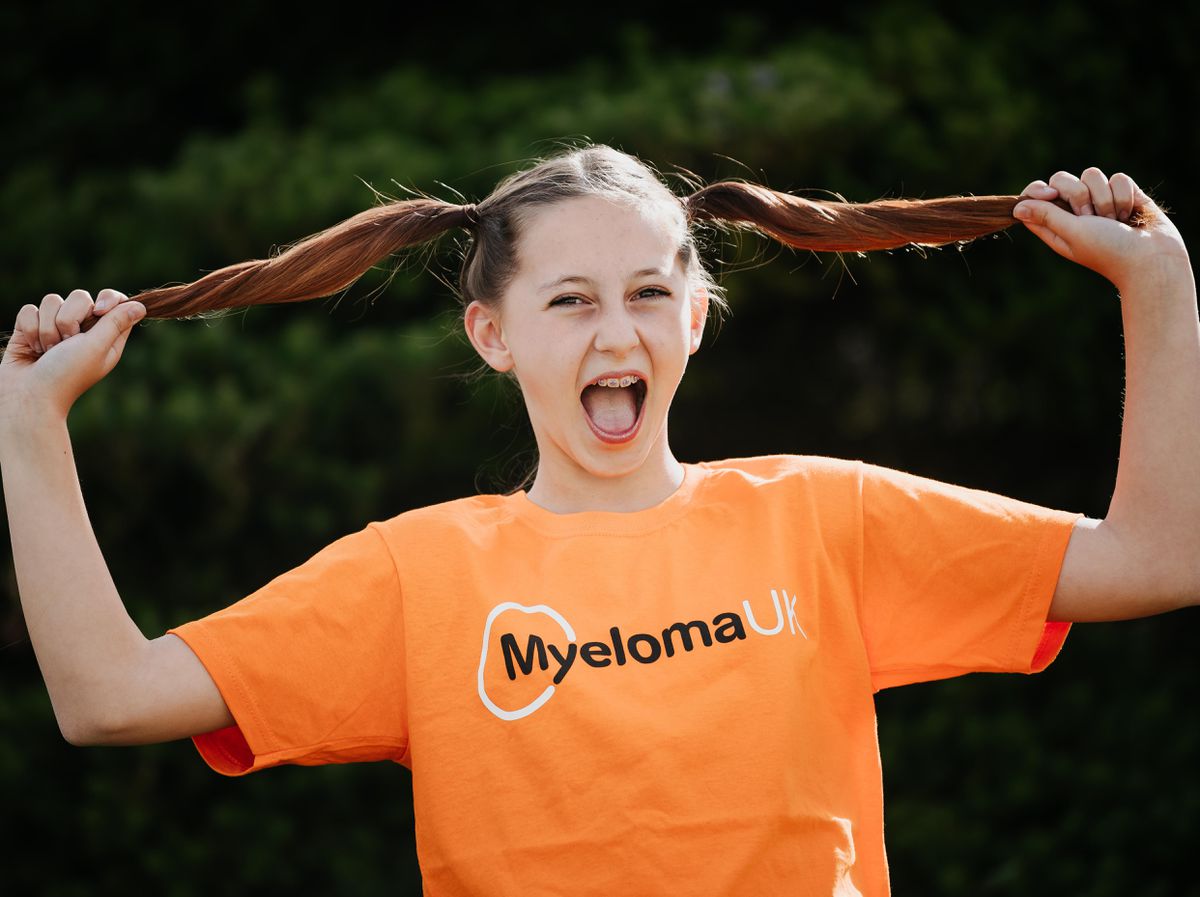 Emily Whitmore, 13, from Nesscliffe, will shave her head on July 15 to support Myeloma UK, a charity dedicated to funding research into a treatment and, eventually, a cure for myeloma.

The Corbet School pupil was just eight years old when his mother, Eve, was diagnosed with the disease in 2017.

Emily said: “At the moment there is no cure for this cancer. My mum has had horrible treatment but she is fine at the moment and we hope it stays that way. I want to help raise money for that a permanent cure can be found, so that families don’t spend years wondering when the cancer will come back and whether it will go away this time or not.

Eve, a music and movement therapist, had been feeling burnt out for some time, but attributed it to the demands of raising a young family. When a friend convinced her to see a doctor, tests revealed that her kidneys were failing. She was admitted to hospital on Emily’s eighth birthday. Her son, Oliver, was only four years old at the time.

Three weeks later, at just 39, he was finally diagnosed with myeloma. Eve said, “We met the doctor and I said, ‘What’s the prognosis?’ He said the average life expectancy was five years. I said ‘You’re going to have to find a way to make me 20 because I have two young children.’

Myeloma is an incurable blood cancer that usually affects people over 65 and currently affects more than 24,000 people in the UK. It is particularly difficult to detect because symptoms, including back pain, easy bone fractures, fatigue and recurrent infections, are often linked to general aging or minor ailments.

Although incurable, myeloma is treatable in the majority of cases. Treatment is aimed at controlling the disease, prolonging and improving the quality of life of patients.

Eve, now 45, has since undergone chemotherapy and received a stem cell transplant. While she is currently in remission, without a cure, her cancer will inevitably return.

Living with the knowledge that her mother’s cancer could come back at any time was particularly difficult for 13-year-old Emily, especially as she grew up.

She said: “Now I understand things better and I find it much more difficult. I’m still waiting for something to come back.

Raising money and raising awareness about the symptoms of myeloma proved to be a welcome outlet for Emily and gave her “a goal to focus on.” She was just nine when she raised £251 on her first morning coffee at her primary school.

Eve said: “I remember her coming to me afterwards and saying, ‘Is it enough for them to find a cure now?’ It broke my heart.

The shave took a while to come. Emily had been begging her mum to let her trim her long locks for charity for years, and finally exhausted her a few weeks ago.

Eve explained, “She’s shown she’s committed and she’s doing it for such an amazingly worthy cause. I’m really proud of her.

Emily has already surpassed her £1,500 goal and has raised a whopping £2,174 since launching her JustGiving page. After the shave, the teenager plans to donate her hair to the Little Princess Trust.

“I just wanted to do something positive to help out,” Emily said. “A cure would be everything. It would mean a lot.

Her mother added: “There has been a lot of progress in myeloma over the past 10 years and I believe there will be a cure within our lifetime. I sincerely believe that we are not that far away.