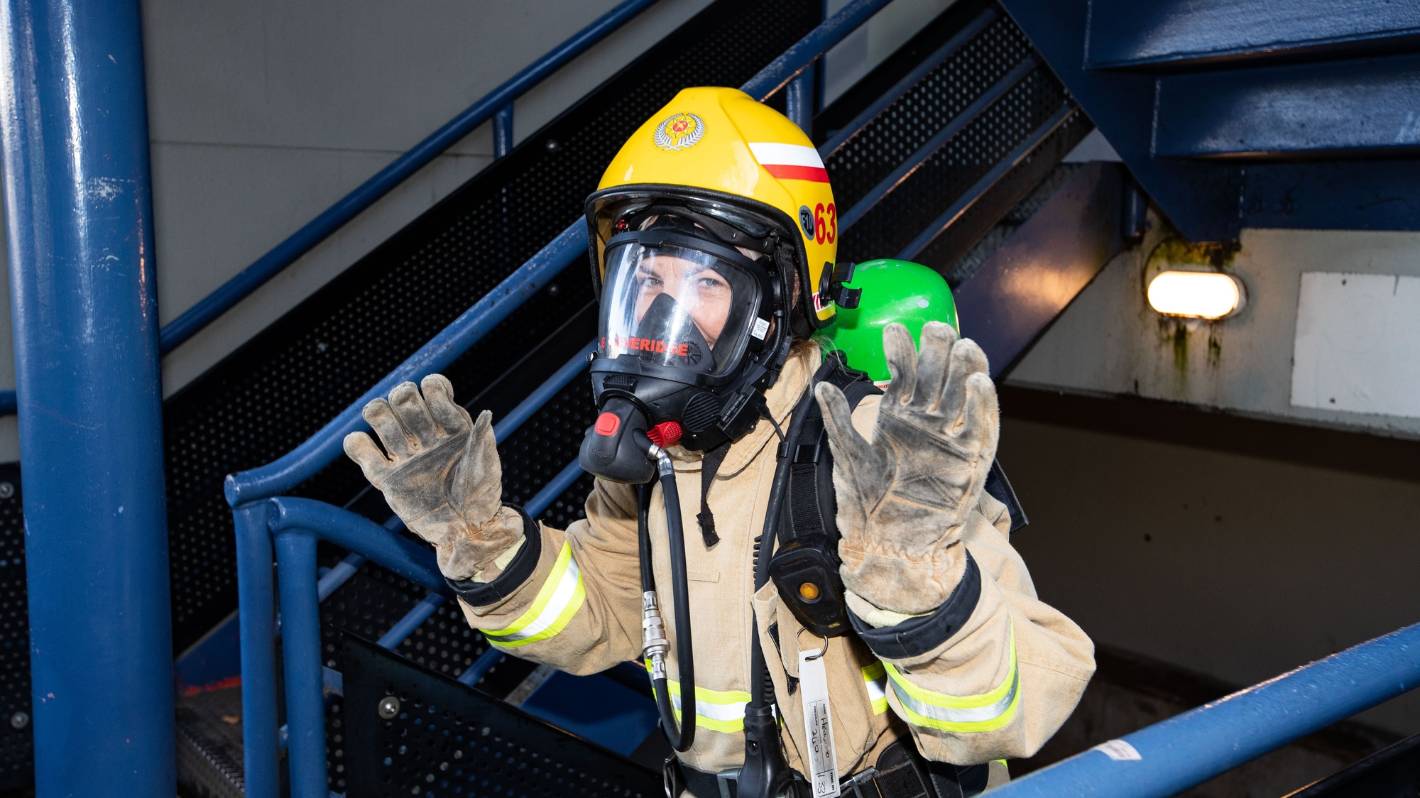 Accustomed to running to the emergency room, a team of Taranaki firefighters had to run up and down the stairs on Sunday, but it was for a good cause.

A six-person team from the Oakura Brigade will represent the station at the Firefighter Sky Tower Challenge in Auckland on August 20.

The charity event, which raises money for the Leukemia & Blood Cancer Foundation, sees firefighters from across the country don 25kg of gear before climbing the 1,103 steps of the tallest building in the southern hemisphere, covering 51 flights of stairs and reaching a height of 328 m.

Their efforts were noticed by many passers-by, with some stopping to chat or dropping a coin or two into the donation bucket to raise $385.

Among the climbers was Lizzie Beveridge, who has been a volunteer firefighter for four years, having joined shortly after moving to the village.

Beveridge, 54, estimated she had climbed the five-storey steps, in full gear and with a breathing mask, 15 times.

The retired entrepreneur, who has battled cancer, has climbed the Skytower twice, and the last time made the climb in 18 minutes and 25 seconds.

“You have to be pretty fit to be a firefighter,” she said. “Equipment can be quite heavy.”

Her motivation to get involved in the charitable climb was personal, as she had lost a good friend to cancer.

Like Beveridge, she had previously competed in the Sky Tower Challenge and said there had never been a lack of interest in entries.

“It’s something a lot of people want to do.”

She said training for the event had been a “great team-building exercise”.

Cant, who joined the Oakura Brigade after moving to the area from Mangaweka, said a recruitment drive was also underway to increase the number of stations in the village, which currently stands at 18.

It was hoped that this would attract interest from Oakura residents, who could be available during the day, and anyone with a Class 2 license would be a “bonus” as they needed truck drivers, he said. she stated.

Anyone interested in donating ahead of the Sky Tower Challenge can visit firefighterschallenge.org.nz.