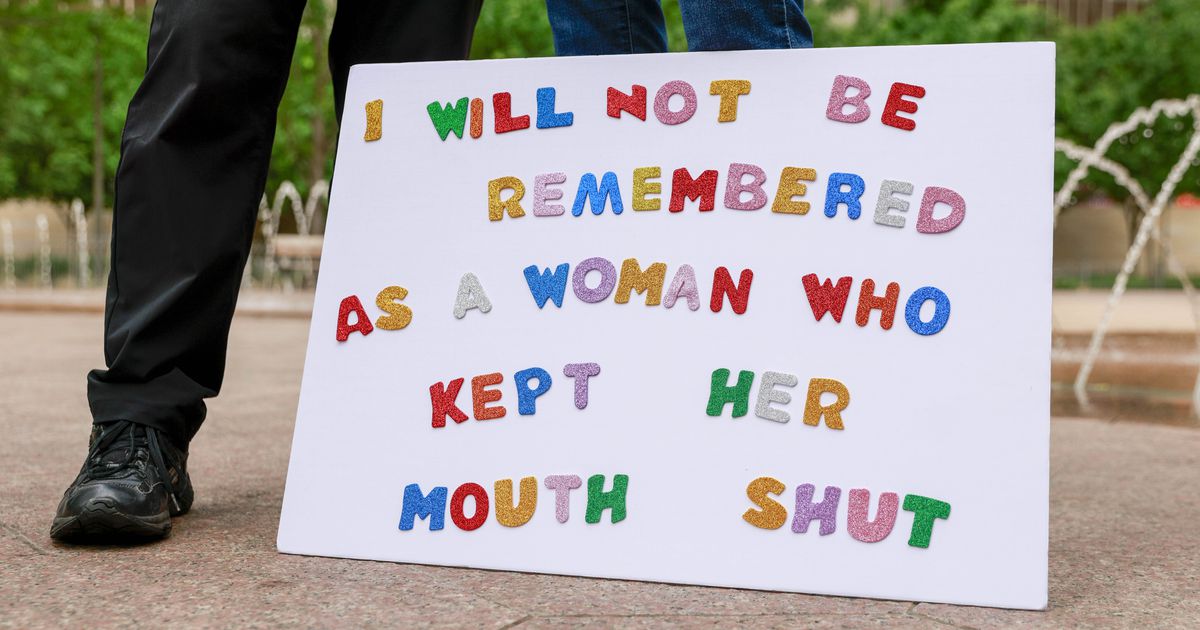 I am personally unaffected by the almost certain dismissal of Roe v. Wade by the Supreme Court. Now in my sixties, I will no longer need an abortion.

Monday’s development was also not a shock. We knew this day would come since the justices had their say during oral arguments in December on the matter.

Yet none of this made the actual news any less gruesome, cruel and oppressive. The court will apparently not tackle Roe, but rather take an ax from him.

It left me with a sickened sadness so deep that it remains difficult to find words to express what I and so many other women my age feel.

It’s a feeling of betrayal, of insult, of being fired a long, long time ago. Back when society dictated that women had to live with the way things were – shut up and accept whatever was handed out to them.

Vital protection is about to be removed and replaced by the criminalization of women who are already in dire straits. It feels like as a group we are now less than other citizens.

Longtime readers know of the sometimes volatile perspective I’ve had on abortion — a former staunch advocate of choice who, after having my own children, became increasingly conflicted on this consequential issue.

I emerged from that murky milieu last year when the Texas legislature banned abortion at six weeks — forcing women to make a decision before many even knew they had one to make.

So here I am writing a column on abortion rights for Mother’s Day weekend.

It’s actually a message that I believe my mother would have endorsed: we need to find our way back to where we trust every woman to make the decision that’s best for her.

The women’s movement of the ’60s and ’70s – the warriors of second-wave feminism who fought so hard for social change – paved the way for opportunities that Bette Pairett Grigsby never imagined when she gave birth at age 20.

The legalization of abortion was part of this new path – a safety net against the ongoing difficulties of raising a child that a woman had not anticipated and could not manage. Although I never faced this agonizing decision, many of my friends did, and today they look back with gratitude, not sorrow.

Yet the Supreme Court is now threatening to take us back to what feels like the Stone Age.

If the judges rule that Roe was wrongly decided, states will be able to ban abortion from the moment of conception and the procedure will quickly become illegal not just in Texas but in nearly half the country.

Women with financial means will be able to travel to states where the procedure remains legal and still benefit from a safe abortion. Those without means will put themselves at risk trying to find a way to terminate their pregnancy illegally or to bring it to term reluctantly, with both mother and child suffering the consequences.

Americans aren’t used to having guaranteed protections taken away, especially those that are nearly half a century old. But abortion has perhaps been our nation’s most morally and politically charged issue, even in its most honest and transparent times.

What happened lately does not meet any of these standards.

Monday’s leaked draft opinion is evidence of the downfall of the Supreme Court, which we have long viewed as a neutral arbiter. Today, it is just as politicized and divisive as our other two branches of government – ​​and little more than a mirror of this nation’s stark divisions.

It is still possible that the anti-Roe decision will be revised before its official publication in late June or early July. But that’s a long way off given that the anti-abortionists on the ground have the votes they need for approval.

For those of us who support abortion rights, another reminder of how things got to this point isn’t very helpful for anything other than raising your blood pressure. More constructive tries to answer the question of where we are going from here.

Perhaps Roe’s overthrow will inspire pro-choicers to organize and fight as effectively as the other side has done in the decades since abortion was legalized.

In this 1973 decision, the Supreme Court decided that a constitutional right to abortion existed under the “right to privacy” provided for in the Fourteenth Amendment.

I’m no legal expert, but it’s clear that pro-choice lawyers have to work like mad through every possible avenue to make a ironclad case under the “equal protection before the law” clause of the Fourteenth.

In the court of public opinion, I fear there is not an iota of room for persuasion among the deeply emotional associations at play at life’s starting point.

Anti-abortion forces say the problem is with children – helpless babies, just like their own babies or the children they love.

For abortion rights advocates, he represents the fragile autonomy that women have fought so long to gain from the edict that, because of biology, we are not entitled to the same rights and privacy. only men. It takes two people to create an embryo, and only the female half is forced to bear the burden of unwanted pregnancy.

I believe that every woman should have the right and the dignity to say that this is a very personal decision that I will make for myself. Unborn children are easy to defend – what happens to those children next remains of little concern to many anti-abortion crusaders.

We live in a wicked and uncompromising time, with the nation inflamed like never before with so many culture wars – over school curriculums, election laws, crackpot conspiracies.

The leak of the Supreme Court’s direction on abortion looks like another nail in the planetary coffin.

Since Monday, I’ve been thinking a lot about my visit to the Dallas Children’s Advocacy Center last year. I heard the stories of pregnant teenage girls, already exploited by their rapists, who will now suffer the consequences of Texas’ abortion ban after six weeks of pregnancy, including sexual abuse and abuse. ‘incest.

Having suffered the worst possible abuse, these girls will now endure the physical and emotional trauma of pregnancy, childbirth and a lifetime of consequences that can be as terrible as the initial abuse.

Yet, as tragic as they are, these most traumatic cases cannot be the benchmark for defining policy.

The legal – and moral – reality must be that women are entitled to the same dignity and autonomy as men to control their own lives.