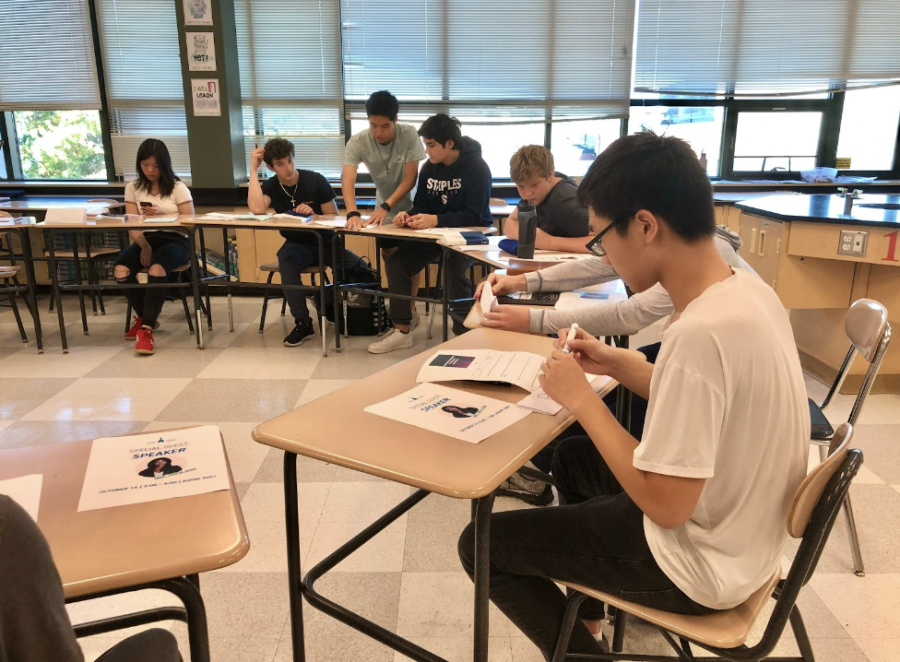 If you happen to peek into Room 3001 on a Friday afternoon, you’ll see a group of teenagers poring over a Bible text. Intellectual right? Intellectual indeed.

Staples Vision is a religious fellowship group with a variety of exploration and volunteer opportunities. According to their club leaders, their mission is to form godly people into an inclusive, Christ-centered community through biblical exploration and servant leadership. Club Presidents Spencer Yim ’23 and Asher Dahlke ’23 came up with the idea for Staples Vision in their first year, where they felt the lack of an inclusive community to express their faith.

“It was a big sticking point for us, it was having a vision for the future and a vision dictated by our personal beliefs,” Yim said. “It’s super important for all students who have this background […] but also for students who may be looking for different religions, looking to explore.

Both presidents also underscored their emphasis on inclusiveness, whether in terms of different faiths or in terms of varying degrees of religious commitment.

I think religion can be a really rewarding thing, and whether or not you decide that someone else’s religion is correct or you want to believe in it, I think it’s very important to look at all the prospects. ”

Over the past decade, the United States has seen a significant increase in youth atheism. According a 2018 study by Barna, a California-based Christian polling firm, the percentage of teens who identify as atheists (13%) is double that of the general population (6%). Yim and Dahlke agreed that this disconnection from faith has only grownand one of Vision’s goals is to provide a safe space for members to explore their personal relationship with faith.

“Studies have shown that people who go to church, but also people of different faiths, have a sense of community when they come together with others who have the same belief, people who support them” , Yim said. “So it’s that kind of relationship, that kind of connection that we hope to bring to Staples.”

Dahlke added that the discussion of different religions sheds light on new perspectives and can promote the same sense of community that Vision aims to nurture.

“I think religion can be a really rewarding thing, and whether or not you decide that someone else’s religion is correct or you want to believe in it, I think it’s so important to examine all the outlook,” Dahlke said.

According to club advisor and science teacher Alexandra Krubski, Vision has succeeded in creating a safe and nurturing environment for all of its members.

“It was really great to see students coming together who I think wouldn’t have crossed paths otherwise,” Krubski wrote in an email. “The sense of community that has come from Vision, both among students and in their service work in the wider community, has been a blessing and something I’m proud to be a part of.”