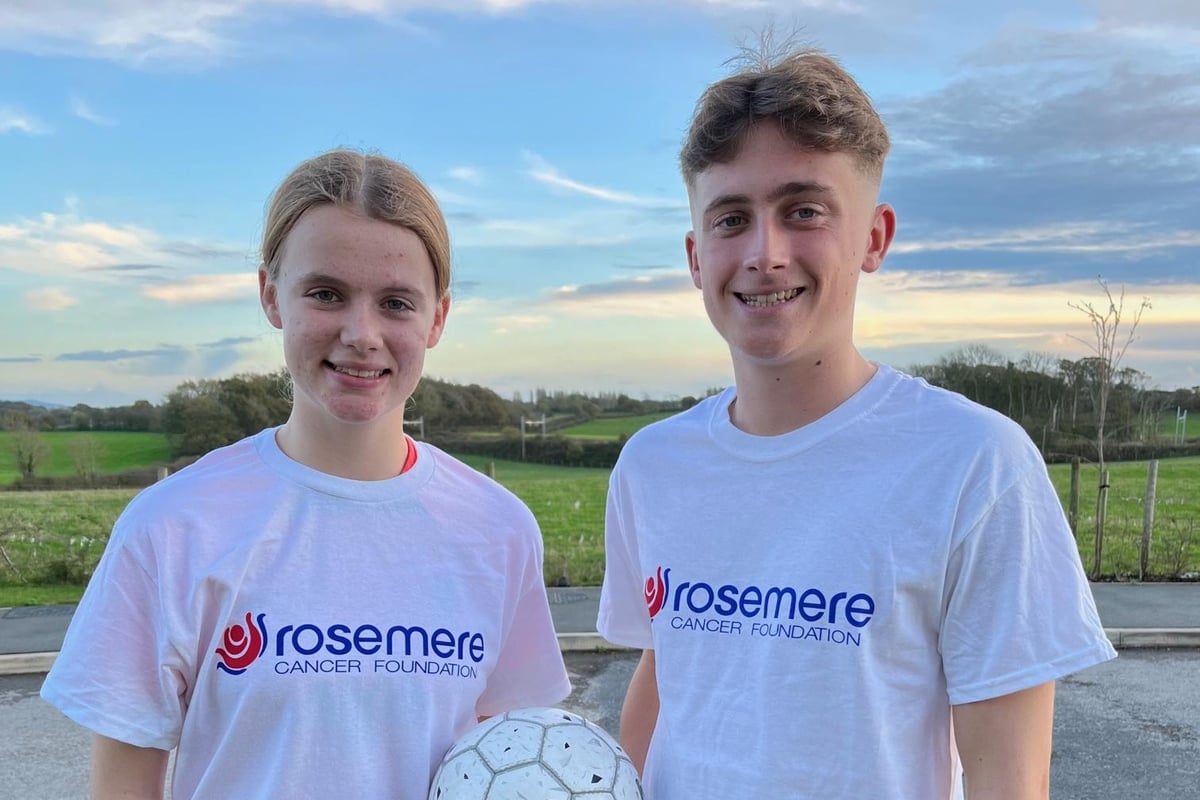 The soccer-mad duo, from Treales, are raising money for the Rosemere Cancer Foundation and for the Bobby Moore Fund, which supports Cancer Research UK and asks people to take up the goalie challenge as the FIFA World Cup begins .

The siblings take on the challenge in memory of their late beloved grandmother Anne Tickle, who died of breast cancer in 2017.

This involves a daily round of sitters throughout November, which is expected to become increasingly competitive in the case of Lancaster University student Jack, 20, and Carr Hill student Holly, 15. Highschool.

Holly and Jack Tickle, taking on a charity challenge throughout November

Their mother Michelle Tickle said: “Jack and Holly play a lot of football and I can see the challenge becoming a real competition between them.

“The Rosemère Cancer Foundation is a charity close to our hearts, so it’s wonderful that as a family we can continue to support this incredibly helpful charity.

Jack, who is in his final year of an English language and linguistics degree, now plays football for his university team but played for Kirkham Juniors Football Club from the age of five and later represented Cardinal Newman Middle School.

Holly currently plays for Liverpool FC U16 girls. She has represented Lancashire for the past four seasons and was part of the England U15 Schoolgirls squad last year.

Siblings Jack and Holly Tickle raise money for charity in memory of their beloved grandmother Anne Tickle (pictured), who died of breast cancer in 2017

Michelle, who is in charge of communications and publicity at Kirkham Grammar School, will detail the couple’s progress via her Facebook page and other social media.

The siblings, who are hoping to raise £300, show their determination every day.

On day seven, they mixed things up a bit by challenging each other to do the most interviews with a roll of toilet paper.

And when Holly twisted her ankle during football practice one night, which landed her foot in a protective boot, they found another way to meet their daily challenge. The duo decided to try and make as many keepers as possible using only their right leg!

Michelle added, “What a great effort on their part. Thank you to everyone who has donated so far. It’s very appreciated. »

The charity funds cutting-edge equipment, research, training and other cancer services and therapies that are beyond the limited resources of the NHS. For more information about his work, including how to donate, visit www.rosemere.org.uk