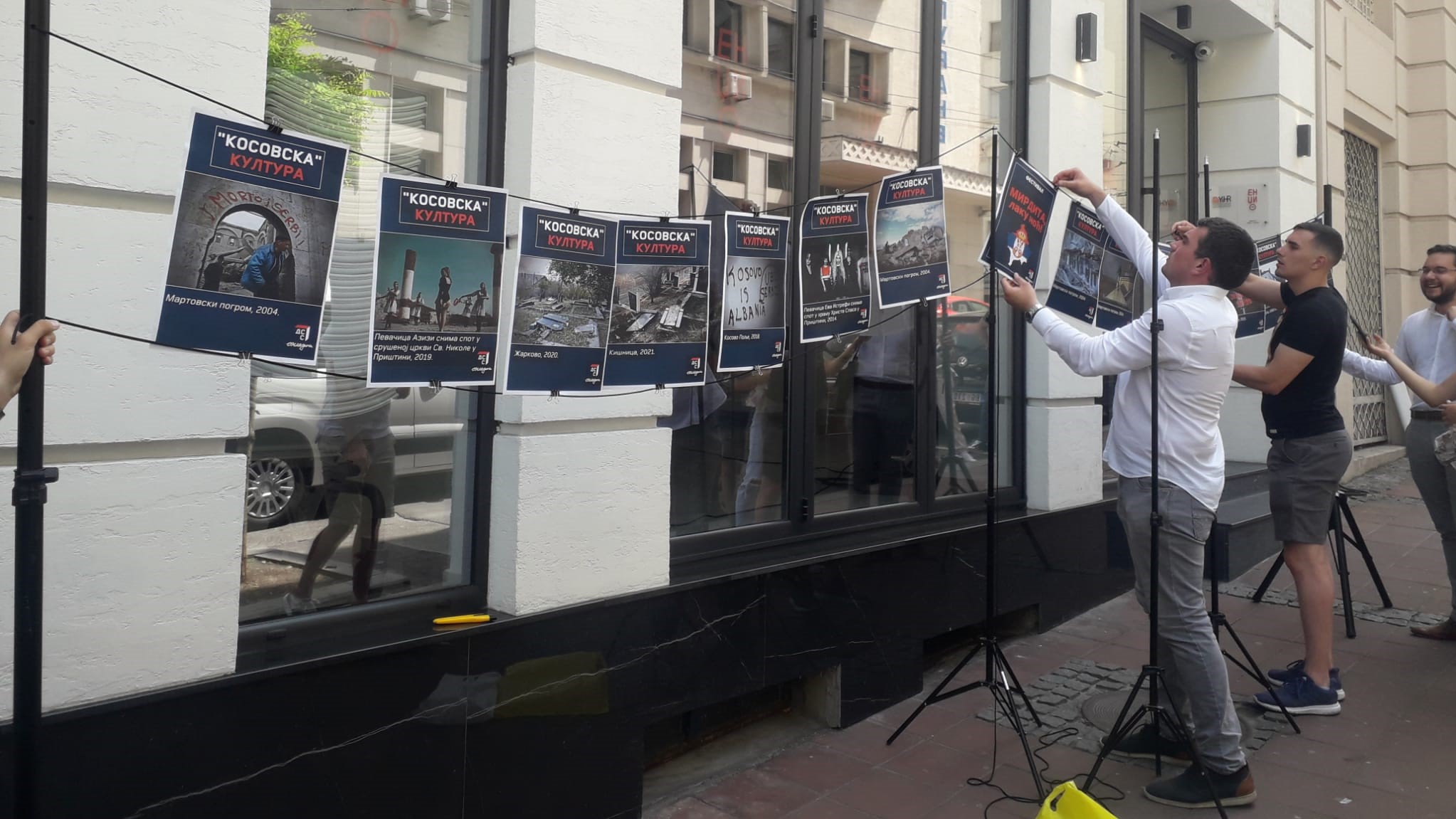 Right-wing activists post photos against the festival in which they ironically present “Kosovo culture” as anti-Serbian. Photo: Youth Initiative for Human Rights

The Mirëdita festival, Dobar Dan, which means “hello” in Albanian and Serbian and promotes reconciliation between Serbs and Kosovo Albanians, opened in Belgrade on Wednesday with a photo exhibition, “All our tears”, which honors the victims of the war in Yugoslavia, especially ethnic Serbs, Albanians and Macedonians.

“The festival starts there because the victims of war are a stumbling block in our relations. In order to better understand each other, we need to know what happened. This exhibition intends to give space to the voice of the victims because it is a zero point of every dialogue,” said Sofija Todorovic, program director of the Youth Initiative for Human Rights, one organizers.

She pointed out that the exhibition was created in cooperation with associations of families of missing and killed persons from Serbia and Kosovo, as well as families of killed civilians and displaced persons from North Macedonia.

The stories represent several aspects of the wars in the former Yugoslavia – family photos of missing persons, crime scenes, mass graves, displaced persons and memorials, but also the lasting consequences of the conflict which are still felt today, showing the tragedy and complexity of war.

Since its inception in 2014, Serbian right-wing organizations have tried to disrupt the festival, organized by the Youth Initiative for Human Rights, the Civic Initiative of Belgrade and the NGO Integra from Pristina in Kosovo.

The nationalist NADA coalition, which won 5.4 votes in Serbia’s April parliamentary elections, called for a ban on Tuesday, accusing it of harming Serbia’s interests and favoring the secession of Kosovo, the former province from Serbia.

“In this festival, the secession of Kosovo is promoted in a treacherous and insidious way, under the guise of cultural events in Belgrade, capital of Serbia, which undermines our constitutional and legal order,” said the leader of the Democratic Party of Serbia , DSS. and NADA coalition leader Milos Jovanovic said.

Todorovic said their request was wrong because bans cannot do anything good for dialogue and better future relations.

“It is devastating to see some political organizations seeking their own promotion with this festival. The culture of prohibition brought us to this situation in the first place. When there is no political will, these kinds of festivals are even more important,” Todorovic told BIRN.

“Here at the festival we open up often difficult and painful questions, but unlike others we open them up,” she added, saying she would like to see more political actors supporting the festival.

The director of the Youth Initiative program denied that the festival does not deal with Serbian war victims, saying this year’s opening exhibition is just the latest example.