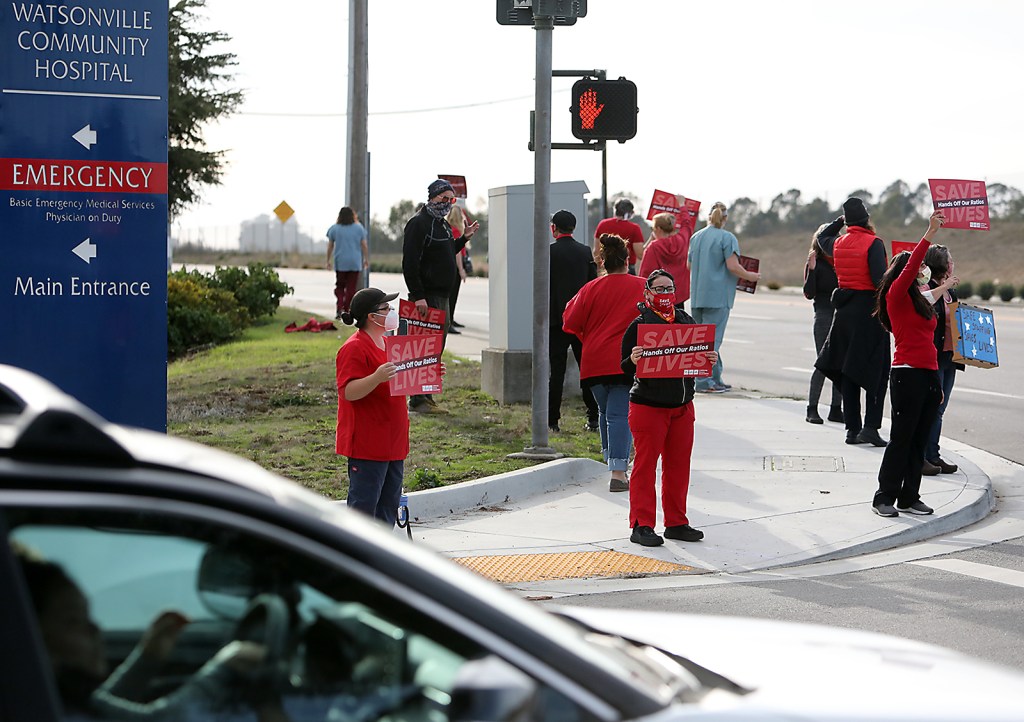 WATSONVILLE — Language that could create a health care district for the Pajaro Valley is on its way to the floor of the state Assembly.

Senate Bill 418, an emergency bill drafted by Senator John Laird, received unanimous bipartisan support on Wednesday in the Assembly’s Local Government Committee for its motivation to preserve access to health care. health for the residents of the Pajaro Valley by forming a health care district.

The Pajaro Valley Health Care District Project, chaired by Santa Cruz County, the City of Watsonville, the Community Health Trust of the Pajaro Valley and Salud Para La Gente, operates around the goal of closing the sale of the hospital and to keep it open in the meantime. Laird’s legislation was drafted in conjunction with the project to advance its aims.

SB 418 would return ownership of Watsonville Community Hospital to the public after more than 20 years of ownership by for-profit corporations, according to a history provided by Dr. Mimi Hall, one of four leaders of the recently launched project. in November. At the time, Hall said a locally run hospital would have the power to identify and invest in community needs.

“Over the past few decades, whoever runs the hospital has had to think about how they make money,” she said.

More importantly, a health care district would establish public oversight if the Pajaro Valley Health Care District Project was successful in acquiring the hospital. Currently, the corporate owners of the hospital are going through the Chapter 11 bankruptcy through which they recently identified the Health Care District Project as the primary purchasers of the longtime South County institution. On Wednesday, Case Observation Officer Stretto said the next important date in the case would be the submission deadline for the hospital. This falls on Valentine’s Day, February 14. Then, the sale hearing is scheduled to take place on February 23.

“Due to the precarious future of the hospital, the bill is being proposed as emergency legislation necessary to preserve the public peace, health, or safety under Article IV of the California Constitution” , Laird’s office said in its announcement.

If passed, SB 418 will give the local nonprofit Pajaro Valley Health Care District Project five years to create areas it believes are representative of the community. From there, elections would be held to appoint a chief from each area to make decisions on the hospital board.

The bill was co-authored by neighboring state officials whose districts have a vested interest in protecting the vital services provided by Watsonville Community Hospital. This includes Assemblymen Robert Rivas of Salinas and Mark Stone of Monterey Bay as well as Senator Anna Caballero of Salinas. Caballero highlighted the hospital’s key patient population of low-income people who rely on Medi-Cal and Medicare. They often suffer from inequitable access to quality housing, transportation and strong health care, Laird’s office pointed out.

“Access to quality health care has never been more critical,” Caballero said. “It’s up to us to ensure that our residents are healthy and safe.”

The Health Care District Project has reached out to lawmakers to inspire such action since being told of an impending closure by hospital CEO Steven Salyer around Thanksgiving, Hall explained to the Sentinel. In early December, it was announced that enough money had been raised to keep the hospital running through the spring, when project leaders plan to buy it. No mention was made as to the source of funding.

“We’re at a particular disadvantage being a brand new organization and trying to get as many partners on board as possible, including the state,” Hall said at the time. “Part of our tactic is to bring all of these partners together and pursue the legislation. But all of these things take time.

Public and private financing for the acquisition of the hospital is still in progress. A website has yet to be launched for those interested in donating. At this time, project representatives are soliciting specific individuals and groups in their fundraising efforts.