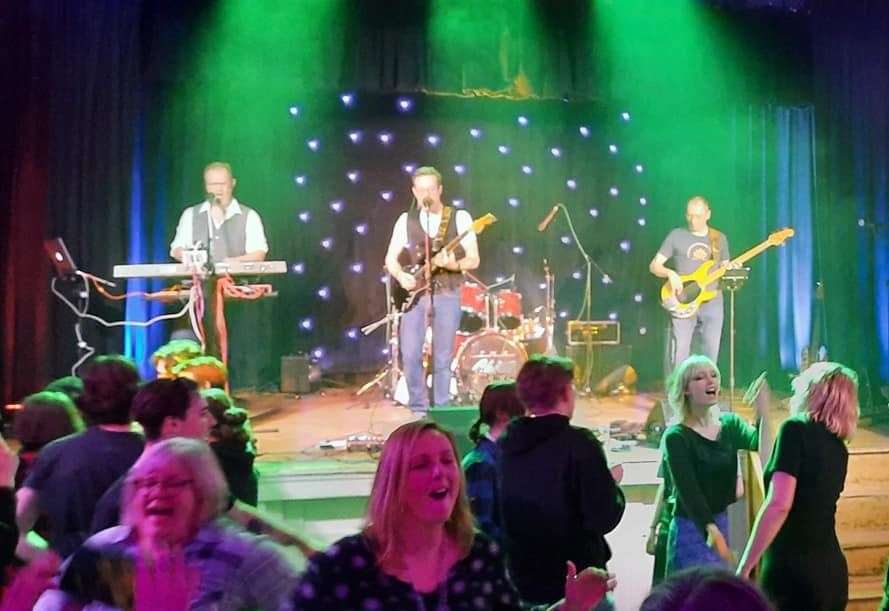 A musical evening hosted by two Sawbridgeworth mums battling cancer raised a record amount for three charities and was enjoyed by all involved.

Maddy Kelly and Dawn Gibson hosted Sawbo Sessions 22, featuring three local bands, at Sawbridgeworth Memorial Hall on March 4 to give them something positive to focus on.

After totaling £5,440.90 in ticket, donation, raffle and bar sales, the pair were ‘over the moon’ as the money will go to three key charities close to their hearts: Helen Rollason Cancer Charity, Hummingbird Cancer Support, based in Bishop’s Stortford and Isabel Hospice in Welwyn Garden City.

Maddy, who was diagnosed with stage 4 rectal cancer, was sadly too ill to attend, but she said: ‘This is the most fundraiser ever of the three events [2017, 2020, 2022] despite selling fewer tickets. It’s a huge amount of money.”

Dawn, who has stage 4 bookmark cell stomach cancer, told the India: “When Maddy asked me if I would like to help organize another Sawbo session with her, I thought it would be a positive thing to focus on to distract us from the dark realities of cancer. was so much more.

“Life has become very difficult for us during this time. Yet, with the love and support of an army of amazing people, we have managed to throw the most incredible celebration and raise an unimaginable amount of money for our three phenomenal charities.”

Audiences were entertained by The Ghias, Blues Inc and Cockburn & Ballantine. Lock-in, Sawbridgeworth’s top young band, had to pull out due to illness.

Dawn added: “The whole evening was filled with love, joy and music. The bands, who gave their time and effort completely free of charge, were fantastic.

“Although Maddy failed to make it, her presence was palpable in every aspect of the event. She is the driving force behind the Sawbo Sessions and was at the center of everyone’s hearts and minds overnight. .

“It was a really special night. Thank you, Sawbridgeworth.”

As well as the gig money, Janine Peart, a friend of Maddy’s, travels 72.5 miles from Little Hadham to Frinton for Isabel Hospice and has raised over £1,300 so far.

Janine said Maddy inspired her to take up the challenge. “She’s someone in my life who always makes me want to be a better person, to be more like her; she’s always given so generously of her time to good causes,” she said. .

If you want to donate see www.justgiving.com/fundraising/janine-peart .