Sadness at the death of fundraising hero Jim 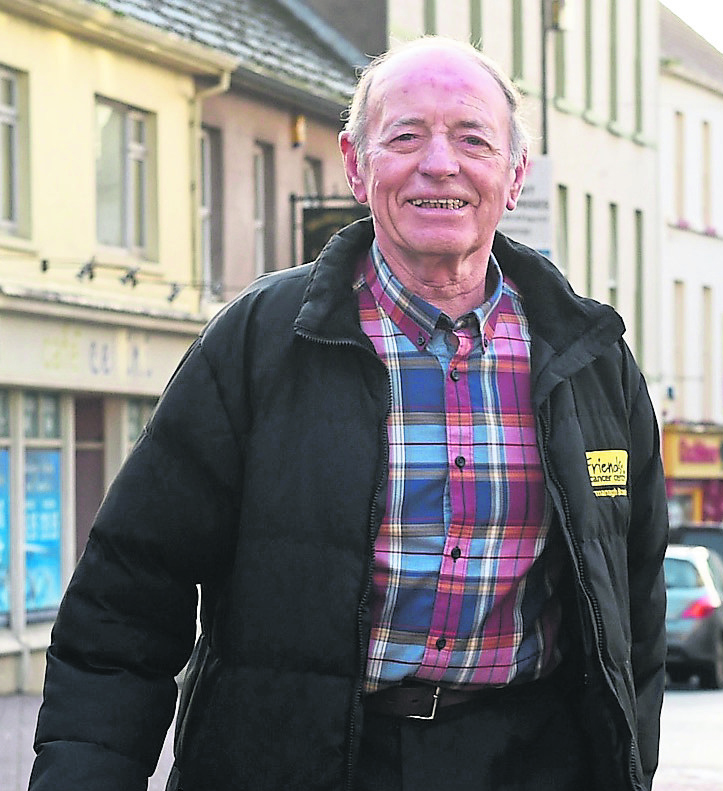 FERMANAGH lost one of its community heroes with the sad passing of Jim Gamble.
A familiar face in Enniskillen and around the county, the popular local window cleaner has spent all of his free time for forty years raising funds to help locals through the toughest times in their lives.
Along with friend and fundraising partner Avril Graham, the couple have raised over £870,000, as well as vital awareness, for Friends of Cancer Center in just over a decade, changing the lives of thousands local cancer patients. The couple had also been instrumental in setting up the local fundraising group for the charity.
Before the opening of the charity Friends of the Cancer Center, they had supported the Friends of Montgomery House for more than 30 years with the same passion.
In 2016, Jim and Avril were honored by the then Prime Minister, receiving a Points of Light award from David Cameron. The following year, Jim and Avril were honored by the late Queen Elizabeth, receiving a British Empire Medal (BEM) in the New Year Honors List.
Jim’s loss will be felt throughout the community, but particularly by his fellow fundraisers and the charity he has supported so well over the years.
“All of the Friends of the Cancer Center staff are deeply saddened to learn of the passing of our dear friend, Jim Gamble,” said Colleen Shaw, Executive Director of the Friends of the Cancer Center.
“I had the pleasure of working with Jim for many years and he was an integral part of the charity for over three decades. Jim was a founding member of the Fermanagh Fundraising Group and a valued trustee on the charity’s board.
“He was a dedicated volunteer, who dedicated so much time to supporting families affected by cancer in County Fermanagh and throughout Northern Ireland. He was at the heart of the Fermanagh Fundraising Group and well known throughout the community for his work with the charity. He will be greatly missed by the group and all Friends of the Cancer Centre.
“On behalf of the charity, we would like to send our condolences to his wife, Doreen, his family and friends.”
Geraldine Corrigan of the Friends of the Cancer Center Fermanagh Fundraising Group also paid tribute to Jim, posting the group’s deepest condolences to his family on social media.
Jim, who was around 70, died peacefully at Omagh Hospital on October 19, following his own battle with cancer. He is survived by his beloved wife Doreen, his children Byran (Amanda) and his grandchildren Rory and Hannah. Jim was predeceased by his son Neville, who died in 2019.
Jim, pictured left, was laid to rest at Mullaghdun Parish Church following a private family burial on Saturday October 22. Appropriately, her family has requested donations in lieu of flowers from the Friends of the Cancer Center.

Receive quality journalism wherever you are, on any device. Stay up to date from the comfort of your own home with a digital subscription.
Anytime | Anywhere | Everywhere