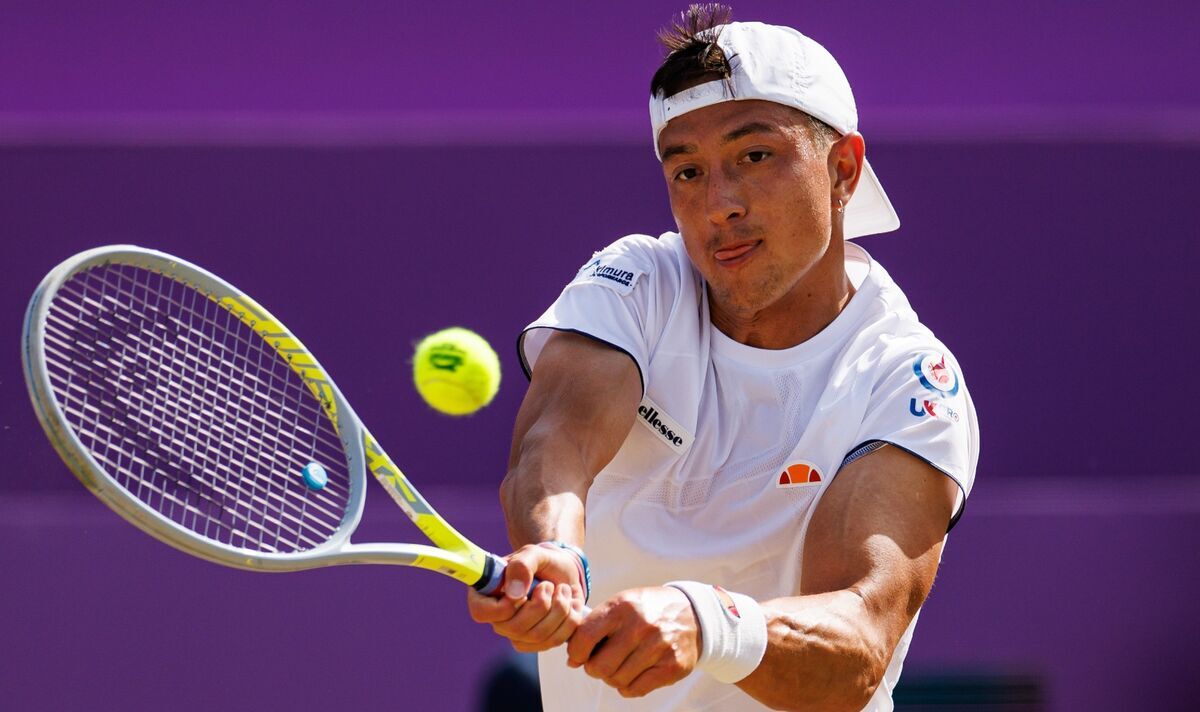 Ryan Peniston has opened up about his goal of using his platform to raise awareness for people with cancer, after battling rhabdomyosarcoma as a child. The 26-year-old is set to play his second ATP Tour event at Eastbourne following his stunning Queen’s debut earlier this week.

Peniston became one of the best-known players in British tennis after his main draw debut at Queen’s Club, where he beat top seed and recent French Open runner-up Casper Ruud en route to the quarter-finals. The Essex native is now moving on with his second tour at Eastbourne International and has shared his hope of using his profile to raise awareness after beating cancer as a child.

The world number 180 lost to Filip Krajinovic in three sets on Friday and arrived in Eastbourne on Sunday. Looking back on his days since his breakout run at the cinch championships, he said: “It’s been really nice, there’s been a lot of good messages and support from people. I took some time off yesterday to relax and unwind, but I think it’s starting to settle.

When asked what was the most surprising message he received after his quarter-final at Queen’s, Peniston did not name any celebrity or top athlete and instead shared how much it meant for him to be reposted by one of the nation’s leading children’s cancer charities. “Not a lot I saw but mostly the one that really stood out was Young Lives vs Cancer they kind of reposted my story and I really enjoyed that it was good,” a- he smiled.

JUST IN: Rafael Nadal injury theory raised by Sue Barker ahead of Wimbledon

The 26-year-old was keen to continue using his new platform to help those who are suffering like he and his family have. Speaking ahead of his Eastbourne debut, he added: “100%, it’s one of the big things I would love to do in my career. I like to raise awareness and do what I can to help people who are going through similar things.

And Peniston was also looking forward to playing another home event before making his main draw debut at Wimbledon after receiving a wildcard. “It’s really nice, I mean probably three weeks ago I wasn’t used to playing in front of local crowds, but it was super nice to have UK fans there, so I just try to use it as a positive,” he said.