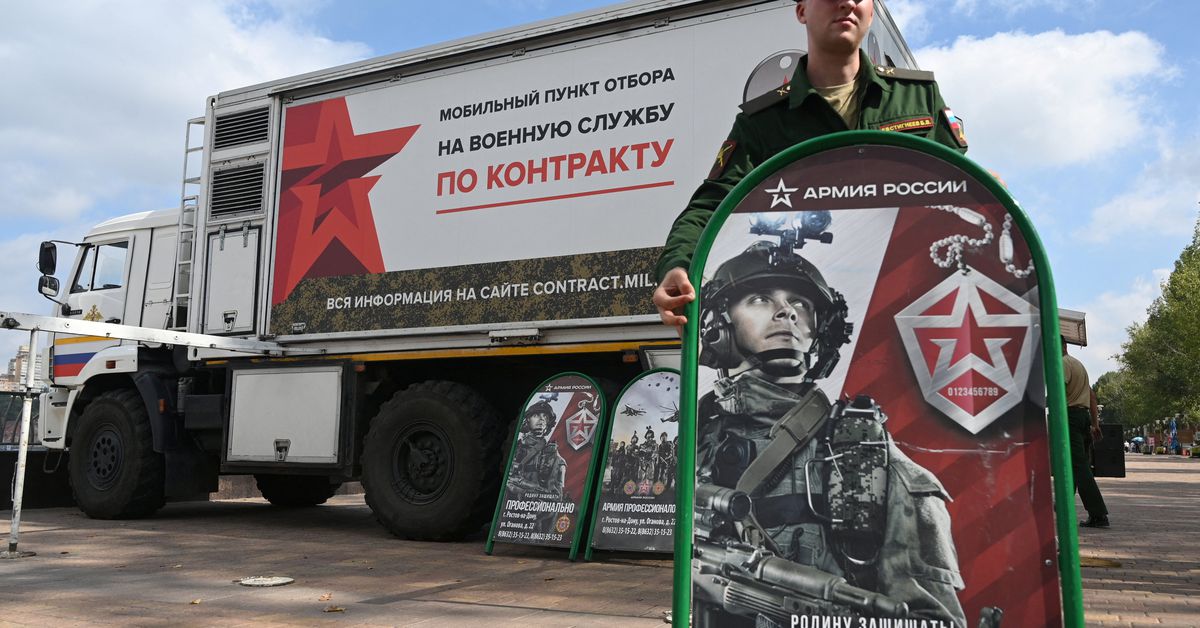 September 18 (Reuters) – The Russian military, seeking contract soldiers for what it calls “the special military operation” in Ukraine, is using mobile recruitment trucks to lure volunteers, offering nearly 3,000 dollars per month as an incentive.

A special unit parked one such truck in a central park in the southern Russian city of Rostov on Saturday and removed the sides to reveal a mobile office.

Neither Russia nor Ukraine are disclosing their military losses, which Western intelligence agencies estimate at tens of thousands on either side.

Moscow has not updated the official death toll since March 25, when it said 1,351 Russian troops were killed and 3,825 wounded. The Kremlin said last week there had been no discussion of national mobilization to bolster its forces. Read more

But the recruitment campaign shows that Moscow needs more men. The officer in charge of the Rostov truck said Russians and foreigners between the ages of 18 and 60 with at least a high school diploma would be eligible.

One potential recruit was musician Viktor Yakunin, who said he had always been drawn to the idea of ​​military service and was now gathering the necessary documents.

“I would love to serve in the airborne troops,” he said. “My parents raised me from childhood to love my homeland, to protect the Russian world. I believe the power is with us.”

Inside the truck, Yakunin sat down with Ardashev, who told him the next step would be a mental examination. If he passed, there would be a physical test of speed, strength, and endurance.

If all went well, Yakunin “would arrive in a military unit, enlist in a specific division, (and) from that moment you would begin military service”.

Outside, young men, some with families, viewed a temporary exhibit showing photos of official heroes of the conflict, alongside a large sign reading “Tradition of Victory”.