Russia: The Kremlin targets criticism during the war in Ukraine 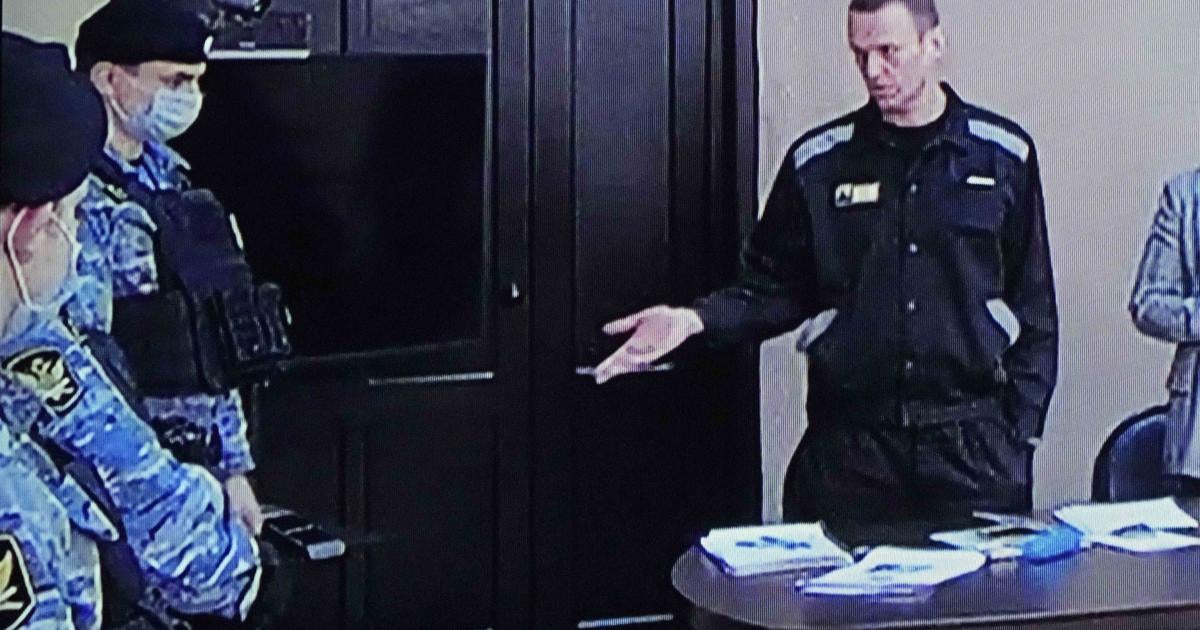 “The latest verdict against Navalny is yet another travesty of justice,” said Hugh Williamson, Europe and Central Asia director at Human Rights Watch. “This verdict is apparently intended not only to silence Navalny but to serve as a warning to Russian civil society and anyone who dares to oppose Kremlin policy.”

Navalny was arrested in January 2021 immediately after returning to Russia after undergoing treatment in Germany following his near-fatal poisoning in August 2020. Russian authorities charged him with violating the terms of his probation while he was in Germany and in February 2021 sent him to prison to serve the remaining 32 months of his suspended sentence. The Russian authorities have since brought new criminal charges against him, apparently in an effort to ensure that he remains locked up for many years and that he cannot continue to mobilize Russian civil society and expose corruption in higher echelons of power.

The trial on false charges of embezzlement and insulting a judge took place in a penal colony in Pokrov, where Navalny was serving his prison sentence for previous charges. He was sentenced to an additional nine years in prison and fined 1.2 million rubles (about $11,300).

In February, during the trial, one of the prosecution witnesses openly refuted his earlier written statement, saying that the government investigator threatened him with legal action and coerced him into reciting what was in it, as related by investigators. Instead, the witness testified in court in support of Navalny, saying Navalny acted legally and called the trial “absurdity”. He fled the country the next day for fear of reprisals.

The verdict omitted any mention of this, however, and instead included portions of this witness’s written statement.

The other charge related to the misappropriation of donations to organizations affiliated with Navalny, including the Foundation Against Corruption (FBK), founded by Navalny. Part of the alleged misconduct was that Navalny was supposed to raise funds for his presidential campaign, despite knowing he couldn’t run due to an outstanding criminal conviction for a previous embezzlement conviction. .

Authorities accused Navalny of embezzling more than half of all donations, more than 356 million rubles (which was then worth $5 million) for personal use. The March 22 verdict only concerned 2.7 million rubles of the allegedly embezzled funds. One of Navalny’s lawyers said earlier that there was a “bigger embezzlement case” against Navalny and there could be new trials against him on the same charges.

Russian authorities have brought several other criminal charges against Navalny, including for the creation of a non-governmental organization that “infringes on the rights of peoples”, in connection with the publication of FBK’s anti-corruption investigations; and on “extremism” charges, in connection with FBK and two other Navalny-affiliated groups that were unfairly blacklisted as “extremists” by a court in June 2021. This latest case was combined with earlier charges highly questionable charges against Navalny aides, money laundering and involving children in peaceful albeit unauthorized protests.

“The cases against Navalny are part of the bleak landscape of Kremlin repression of Russian civil society and peaceful dissent, which has escalated dramatically since Russia’s full-scale invasion of Ukraine,” Williamson said. .

Since February 24, Russian police have arbitrarily detained thousands of peaceful anti-war protesters across the country. The police subjected some detainees to severe ill-treatment and other violations of their rights.

The few remaining independent Russian media have had to suspend their work or relocate outside Russia, or have been shut down by the authorities. Russian authorities have blocked the websites of independent Russian media and foreign media. They also blocked foreign social media in Russia and blacklisted Meta, the parent company of Facebook, Instagram and WhatsApp, as “extremist”.

In the first two weeks since the start of the war on February 24, at least 150 journalists have left Russia. Tens of thousands of others have also fled the country, including human rights defenders and civic activists, due to greatly increased risks of arbitrary arrest and prosecution. In a recent public address, President Vladimir Putin denounced so-called “national traitors” and a “fifth column,” terminology that has strong negative historical associations.

“The Kremlin seems determined to isolate Russian society from the outside world to cut off Russians from uncomfortable facts, including about Russia’s invasion of Ukraine,” Williamson said. “So it’s no surprise that the Russian authorities are stepping up their efforts to smear and silence Navalny and others who can tell people not to believe the Kremlin’s lies and that the world is watching.”