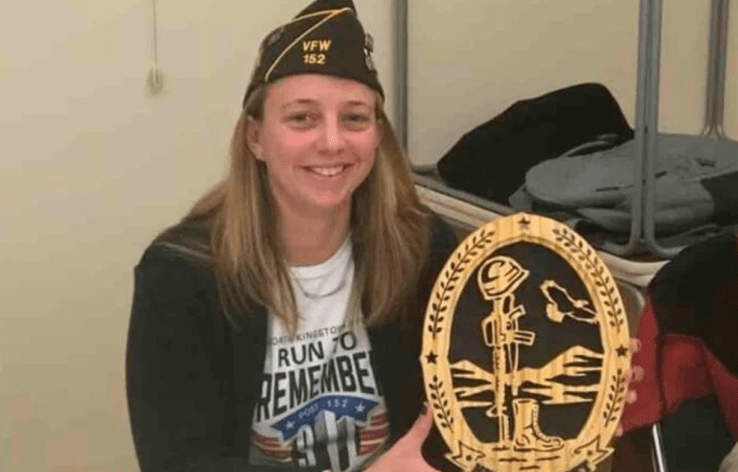 According to a signed plea agreement filed in the U.S. District Court in Providence, a Rhode Island woman who allegedly falsely claimed to be a cancer-stricken U.S. Marine who was awarded the Purple Heart and Bronze Star, and who allegedly used the allegations to fraudulently earn hundreds of thousands of dollars in charitable benefits and services for injured veterans, will plead guilty to charges of fraud, aggravated impersonation, forgery and fraudulent use of medals , announced US Attorney Zachary A. Cunha.

It is alleged that 31-year-old Sarah J. Cavanaugh of East Greenwich, who a search of Ministry of Defense records indicates she never served in any branch of the US military, used her registered social worker position, employed by the Department of Veterans Affairs. at the Rhode Island Veterans Affairs Medical Center, for access to documents, personal information, and medical records belonging to a Marine and a Marine veteran with cancer. She allegedly used the information to create fraudulent documents and medical records in her name, claiming she was an honorably discharged Marine with cancer. It is further alleged that Cavanaugh used the fraudulent documents in various schemes to obtain more than $250,000 in cash, charitable donations and services for injured veterans.

It is further alleged that Cavanaugh, who presented herself as a wounded veteran who served overseas, fraudulently presented herself as the recipient of a Purple Heart and Bronze Star, which she purchased and displayed publicly on a U.S. Navy uniform she wore. at public events.

A defendant’s sentence is determined by a federal district judge after consideration of US sentencing guidelines and other statutory factors.

Like Newport Buzz? We depend on the generosity of readers like you who support us, to help us in our mission to keep you informed and entertained with local and independent news and content. We really appreciate your trust and support!