Remembrance Sunday in Portsmouth, Gosport, Fareham and Havant 2022: what, where, when and which roads are closed? 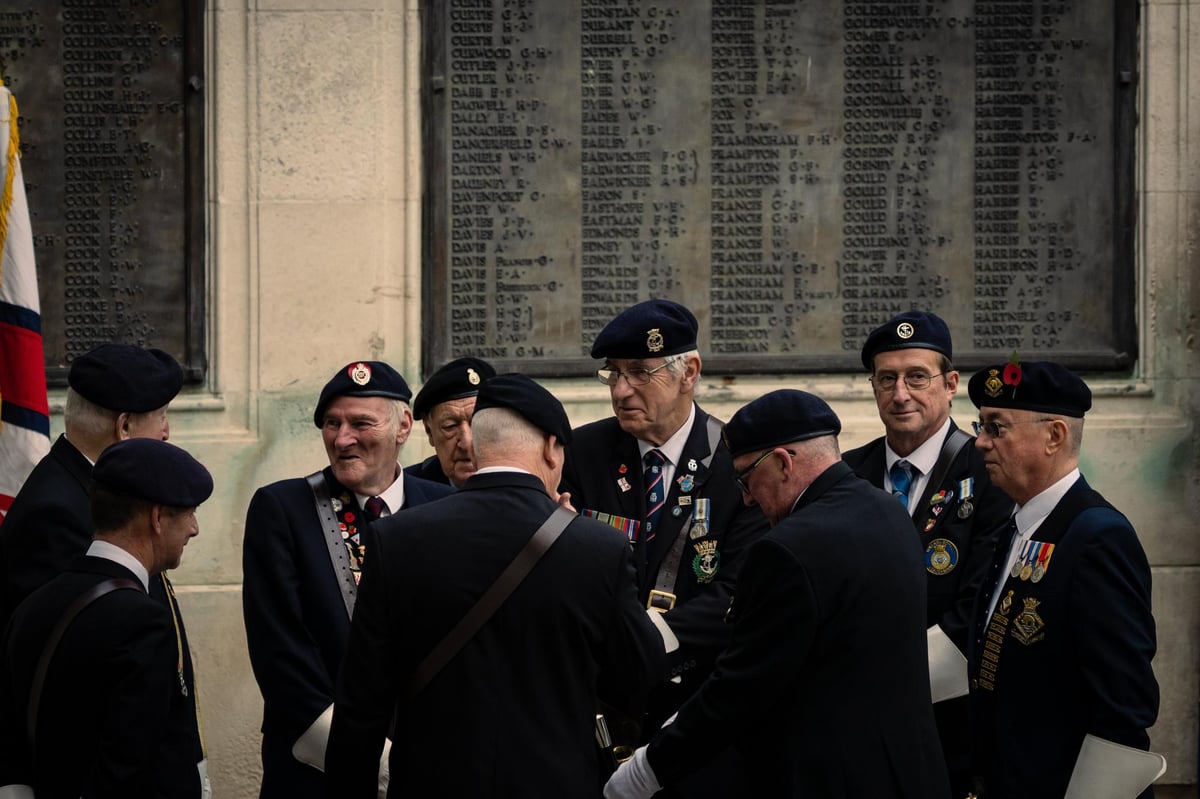 Members of the British and Commonwealth Armed Forces, and their families, are commemorated and commemorated for their service.

In Portsmouth, the Armistice Day Service will take place on November 11 at 10.55am at the First World War Memorial in Guildhall Square.

The service will include a two-minute silence and a reading and is open to the public to pay their respects.

The memorial service will be preceded by a parade of veterans, servicemen and youth groups through Guildhall Square at 10.30am.

At 11 a.m. there will be a two-minute silence followed by service. A wreath laying ceremony at the Cenotaph will conclude the morning’s events. This event is open to all members of the public.

Fareham Borough Council will hold their annual Remembrance Day Parade on November 13, followed by a special service to be held at Holy Trinity Church.

All the names of those from the Fareham area who lost their lives in the British Armed Forces conflict will be read in a ‘forever’ ceremony at the war memorial, Holy Trinity Church at 9.45am.

The parade will start at 10.38am from the Duke of Connaught’s Own Club on Western Road where it will continue along Kings Road and West Street, before arriving at the war memorial, where a two-minute silence will take place at 11am.

Fareham Mayor Councilor Mike Ford said: ‘I hope the people of Fareham will join us on Remembrance Sunday to honor the servicemen and women who have so bravely served our nation.’

After the two minutes of silence, a play will stage the forgotten heroes and heroines of the First World War.

The group participating in the Memorial Hike also hopes to raise funds for the Poppy Appeal.

Havant Borough Council is holding a community act of remembrance on 13 November at 10.50am at St. Faith’s Church, Havant.

The parade will leave the Royal British Legion Veterans’ Club, Brockhampton Lane, at 10.40am, where it will then end at the war memorial outside St Faiths Church at 10.50am.

The service will be led by the rector of Havant, Canon Tom Kennar, who will lead prayer and song throughout the morning.

Music will be provided by Denton Smith, a bagpiper who will be accompanied by drums courtesy of the Hampshire Caledonian Pipe Band.

Havant Mayor Councilor Diana Patrick said: ‘Remembrance Sunday honors those who have made and continue to make the ultimate sacrifice for their country.’

Hayling Island will hold its annual memorial service and parade on November 13.

The parade will leave Hollow Lane, marching along Elm Grove to the Cenotaph in St Mary’s Road, where there will then be the laying of wreaths and a two-minute silence.

There will be an indoor memorial service at St Mary’s Church, and Deputy Mayor Councilor Rosy Raines will be in attendance throughout the morning.

Emsworth will hold a memorial service and parade on the afternoon of November 13.

There will be the usual Sunday service at 10am at St James and the breakfast church will meet in the parish hall.

It will be possible for everyone to come to St James to participate in a two-minute silence at 11am.

During the service there will be an opportunity to lay wreaths and crosses, which will then be followed by a hymn.

The Mayor of Fareham, Councilor Mike Ford, will be present at the event.

An armed guard, courtesy of HMS Sultan, will form up on the road opposite the hospital and representatives of the Royal British Legion, veterans groups, scouts, guides, sea cadets, cadets de l’air and other local organizations will join them.

The parade will leave at 10:30 a.m. and the ceremony, which will be led by the mayor’s chaplain, the Reverend Emma McPhail, will begin at 10:58 a.m.

The morning will see music from the Gosport Solent Brass and a bugle from the HMS Sultan Volunteer Band will sound Last Post and Reveille.

The Mayor, Cllr Jamie Hutchison, will then lay a wreath on behalf of the whole borough and he will be joined by the King’s representative from the Lord-Lieutenant’s office, Admiral Sir Jonathon Band.

Wreaths will then be laid by citizens, services and associations to pay tribute to the deceased.

At the end of the service, there will be a parade taking place in front of the hospital, where the salute will be taken by the Mayor and Adm Band.

On November 9 at 2:55 p.m. there will be a dedication of the Garden of Remembrance and people are invited to gather at the War Memorial, Church of St. Peter.

There will be a two-minute silence and an air raid siren on November 11 at 11 a.m. on the High Street.

There will also be a memorial service and parade taking place on November 13 and the parade will march down Main Street at 10:30 a.m. and end at the cemetery.

The parade will lead the church back to St George’s Square around 12:00 p.m.

The service will see local groups, councilors and members of the public attend to pay their respects.

The closure of Five Heads Road will also affect:

Clarence Esplanade will be closed from Serpentine Way to the Hovercraft Terminal between 7 a.m. and 10 a.m. for drivers, and it will be closed for loading and waiting from 7 a.m. to 12:30 p.m.

Queens Road will be completely closed to traffic and vehicles.

Hartlands Road will be closed to all traffic except buses and taxis.

Western Road will be completely closed to all traffic and vehicles.

Kings Road will be completely closed to traffic and vehicles.

West Street will be closed from the junction with Hartlands Road to the Fareham Station roundabout.