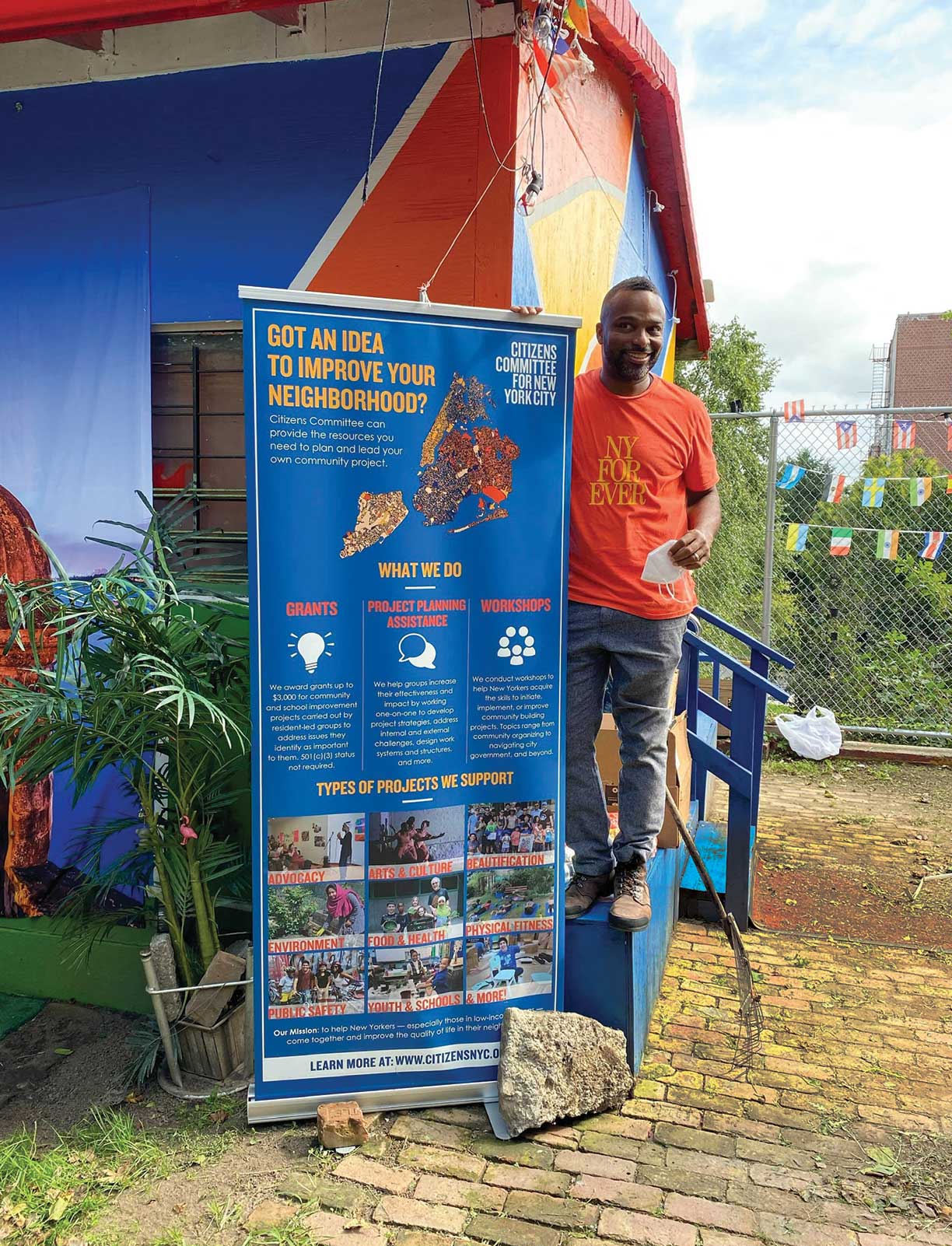 Rahsaan Harris ’95 became CEO of the New York Citizens Committee during the pandemic.

Since growing up in Piscataway, New Jersey, Rahsaan Harris ’95 has understood the power of community involvement. Her mother, a public school teacher and daycare owner that ran an after-school tutoring program, “helped educate half of my town,” Harris says. Her father was a longtime public administrator, educator and advocate for social justice.

“I learned around my kitchen table that community matters,” says Harris.

This mindset came in particularly handy when Harris was appointed CEO of the Citizens Committee for New York City, a nonprofit founded in 1975 that aims to improve the city’s neighborhoods by providing small grants and services to local businesses and organizations. He started his new job on March 16, 2020, just days after the New York City lockdown.

“Starting in the middle of the crisis was scary,” says Harris. “But it was also a lesson in humility because it was a real opportunity to make a difference. The need was so real. We did not intellectualize it: we saw it on our doorstep.

Despite his background, Harris did not follow a direct route to philanthropic work. Originally, he thought about becoming a doctor and majored in ecology and evolutionary biology at Princeton. But a stint with the Peace Corps made him change his mind. “Being able to deal with situations in people’s lives from a spiritual and social perspective is really what attracted me,” he says.

Shifting into high gear, Harris earned a master’s degree in nonprofit management from New York University and a doctorate. in Urban and Public Policy from The New School. (Harris also holds a master’s degree in high school science education from Columbia’s Teachers College.)

He says his scientific background has enabled him to bring data and analysis to his work. “Coming up with hypotheses, testing them, and then being able to articulate what you’ve learned, as well as understanding gaps in your methodology and some blind spots you might have… are all things I keep in mind,” he says.

At the start of the pandemic, as businesses, schools and restaurants closed, essential support services like halfway houses and addiction centers followed suit, leaving vulnerable residents scrambling for necessities.

People “needed to have access to financial aid, food aid; they needed mental health and physical health resources; they needed support for the elderly, ”he says.

The organization has pivoted to deliver these essentials to areas hardest hit by the pandemic. He also launched CitizensNYC: LIVE, a series of conversations on Facebook and LinkedIn with local elected officials and community actors that offered information on where to get vaccinated and how to vote using the new preferential ballots from the city.

The citizens’ committee awarded approximately $ 2.3 million under two small grant programs in fiscal 2020 and 2021. The first program provided up to $ 5,000 each to neighborhood leaders to improve their neighborhoods ; the second program awarded up to $ 10,000 to neighborhood businesses to help them stay afloat and weather the pandemic. For example, it has helped local hair salons and restaurants pay their bills, reconfigure their service models to adhere to new COVID security protocols, and improve their marketing efforts. The Citizens’ Committee also facilitated presentations to local lawmakers, key institutions and large organizations that could offer help and advice. The grants targeted businesses owned by people of color, women and immigrants, as they had a harder time accessing paycheck protection program (P3) loans offered by the federal government.

Harris says the past 18 months have put his childhood ideals into action.

“It’s not necessarily glamorous, but I think history is made by people who decide to persist even in the midst of adversity,” he says. “We have the ability to decide what the history books are going to say about [us] at the moment. It just matters that I put one foot in front of the other.