Punchline readers are running the London Marathon this Sunday

Read the heartwarming stories behind Punchline readers running the 2022 London Marathon this Sunday.

A few weeks ago we called our readers to let us know if they were taking part in this year’s 26.2 mile race around the capital, alongside our own reporter Matt Hall.

Matt, 23, from Gloucester, has worked for Punchline for five years and will be running the London Marathon in aid of the UK’s Mental Health Foundation.

He said: “As a keen runner, I want to get out of my comfort zone in 2022. What better challenge than pounding the streets of the capital – running the London Marathon in support of the Mental Health Foundation.

“Mental health concerns everyone: 1 in 4 people in the UK experience mental health problems each year, and 1 in 15 people have attempted suicide in their lifetime.

“In the wake of the pandemic, it is even more important that we support mental health charities – they need us more than ever.

And many more of you have come forward, from across the county, needing support for your fundraising efforts. Please check out their individual stories below and support them where you can as they take on this incredible challenge.

BBC Radio Gloucestershire reporter Mark Smith will travel to the capital this weekend to take part in his third London Marathon, raising money for the National Autistic Society. 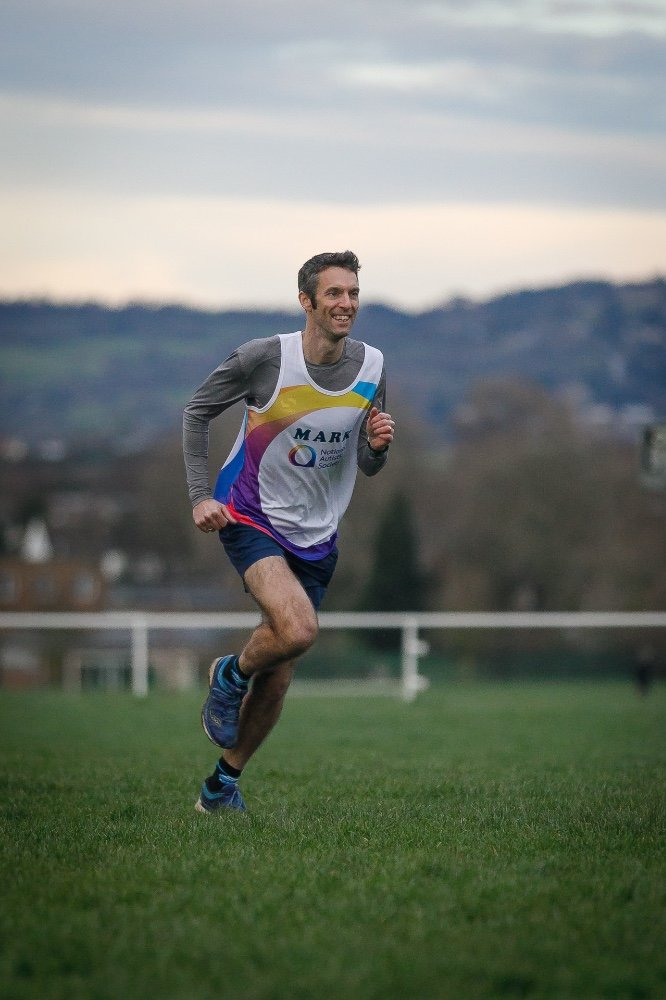 “I have some business to take care of with the marathon,” said Mark, after collapsing in the 2018 race due to dehydration.

“My first London Marathon was in 2016, when I finished in 3 hours, 45 minutes and 9 seconds. If you ask a runner at the end of a big race like a marathon, they’ll say either ‘More never that” or “oh if only I could have won those 9 seconds!”.

“So I came back in 2018, but it was the really hot year, and after 20 miles I collapsed and needed several hours of medical attention and time on a drip. I was not allowed to walk to the finish line so I never got a finisher T-shirt or medal.”

On October 2, Mark will run again in the colors of the National Autistic Society.

“My 14-year-old son has autism, but before his diagnosis I really didn’t understand autism. For him, he needs to know a lot of details about an event because he doesn’t like sudden changes, or things that don’t go as well. But for someone else, their autism may affect them in a completely different way. It’s a spectrum, and people are in different places on that spectrum.” 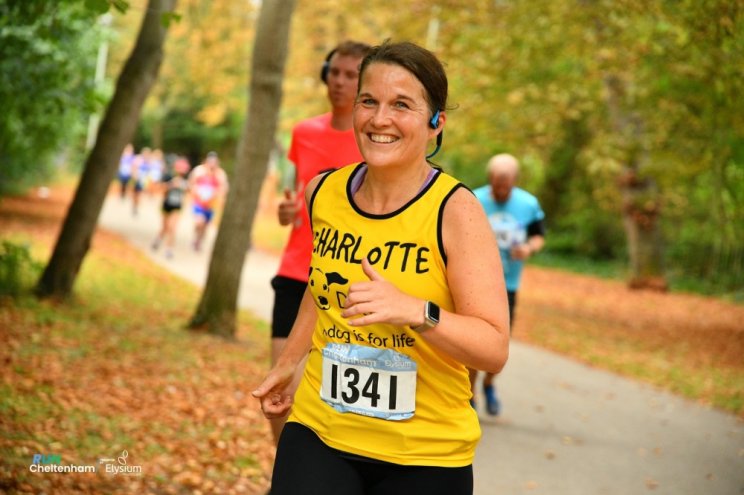 She said: “I was unlucky to get a spot to vote and Cobalt didn’t have any spots for this year so I decided to run for a cause close to my heart.

“Anyone who knows me knows that I love dogs (I have a beautiful seven month old puppy that is driving me crazy right now!) and Dogs Trust has been working for a better future for dogs and the people who love them for ever since. decades.”

“As a child, I was never an athletic person, but I have been running short distances for several years, starting with the 5k couch program and I caught the bug.

“I worked up to 10k and then ran the Cheltenham Half for the first time last year, it was hot and awful! I struggled and managed to cross the line. I had a better time running the Cheltenham Half this year but it was still tough and I recently completed my (big) 20 mile practice run which nearly beat me but I am currently enjoying short races at a reduced time before the real deal on October 2.

“The idea of ​​helping fund a better life for beautiful dogs is what drives me to put one foot in front of the other.”

Anthony Bee is running the London Marathon this Sunday to raise money for Gloucester-based charity The Spring Center. 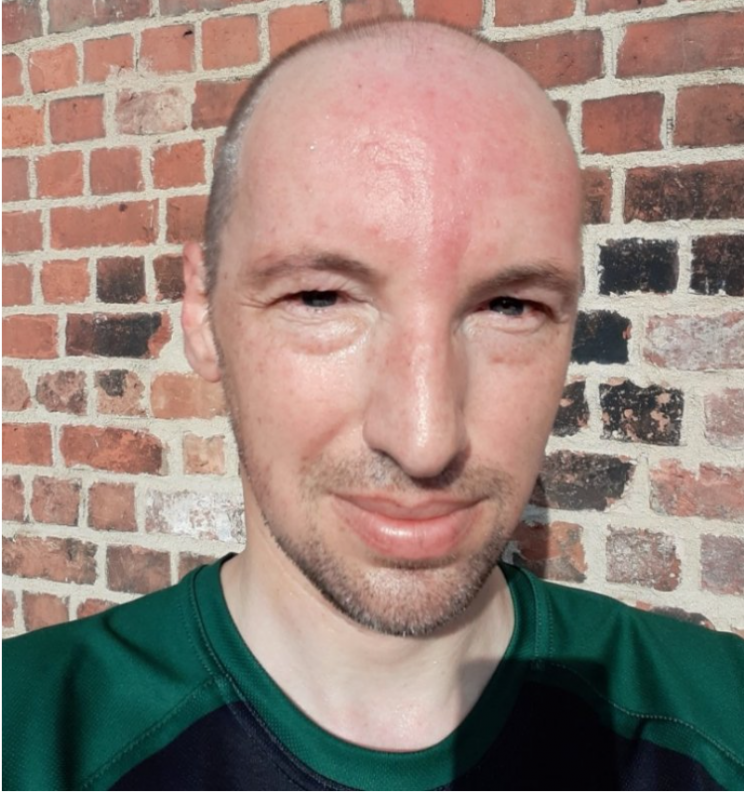 Here’s what he said: The Spring Center does a great job providing activities for children and youth with additional needs. Those who use the center have a range of diagnoses such as autism, Down syndrome and learning disabilities.

“They were a huge help to my family last year when they provided respite care and cared for my nephew Josh who has autism. Not only did they do wonders to help Josh in his development, but they helped my sister at a time when she was It was a huge weight lifted off her shoulders to receive specialist support from the Spring Centre.

“I hope to raise as much money as possible so they can continue to help young people and their families in Gloucestershire.” 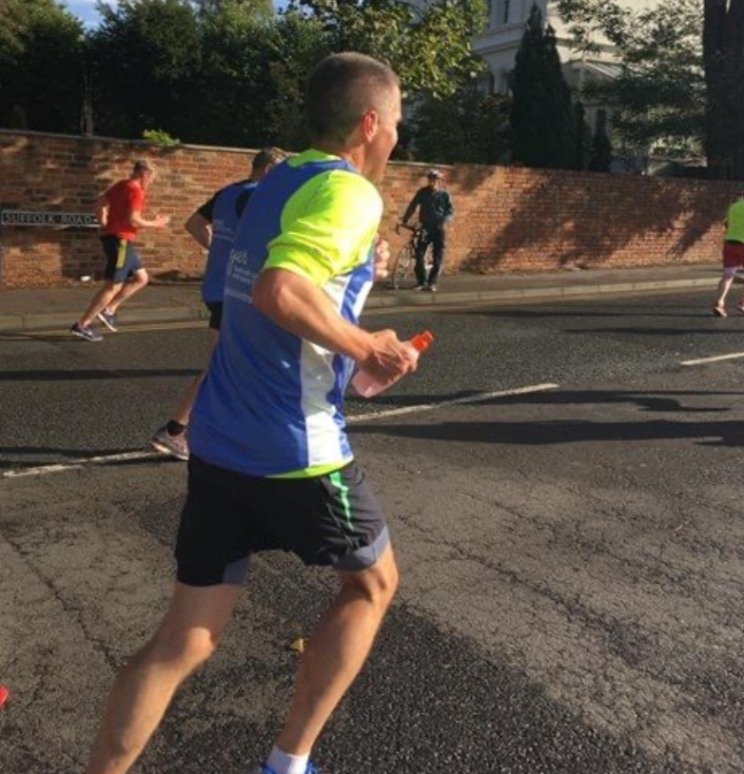 Clive’s father died of prostate cancer in 2018 and he himself was diagnosed with the disease in 2015. Luckily, his cancer was caught early and his prostate was removed later that year.

“I was 60 this year and this will be my first marathon,” he said. “I will be joined by my younger sister who is coming forward for leukemia research in memory of our mom who died of cancer in 2004.

“I appreciate these are difficult times, but if you are able to donate it will be greatly received with thanks.”

James Brown, from Longlevens in Gloucester, will run his first-ever marathon in honor of his father, who after aggressive cancer treatment left him with a lung, completed the London Marathon in 2016, among many other challenges of race, raising over £60,000 for cancer charities. 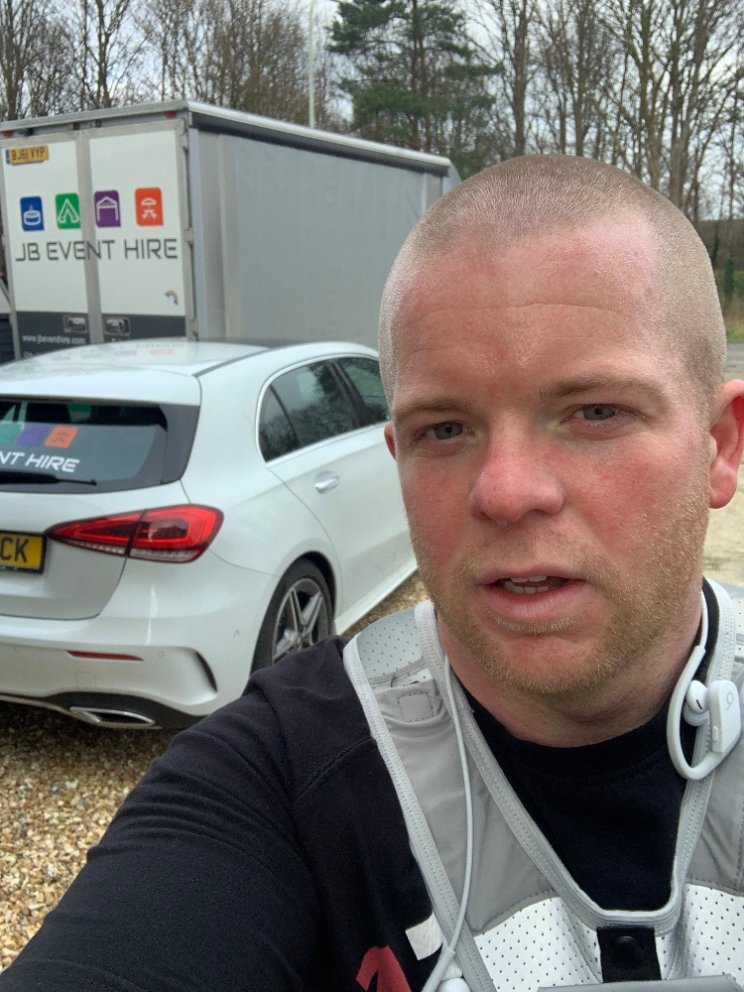 James’ father, Ian Brown, was diagnosed with cancer in 2014 and told he had six months to live. Despite this, Ian went on to live life to the fullest for just over six years and after surgery to remove his right lung and against medical advice in January 2015, he started running to improve his fitness and collect money. funds. He has competed in half marathons including the Cheltenham Half, full marathons, color runs, relay challenges and park runs.

In the summer of 2020, James’ father’s health deteriorated. “We knew he needed specialist end-of-life care,” explained James, owner of JB Event Hire Ltd, which he set up in 2018. “And Sue Ryder Leckhampton Court Hospice at Home team started the care palliatives from dad to his home twice a day not only to support him but for the whole family.All the nurses at Sue Ryder were amazing.

James’ father spent his last two days being cared for in the inpatient unit of Sue Ryder Leckhampton Court Hospice, before dying, leaving behind his wife Emma, ​​his three adult sons, James, Tim and Joe , as well as twins, Freddy. and Lily May.

Inspired by his father, James decided to don his own trainers for this year’s London Marathon after competing in many other organized races including the Cheltenham Half and the Great Bristol Run.

He said: “I couldn’t be more excited for Sunday and apart from crossing the finish line I can’t wait to enjoy the atmosphere.” 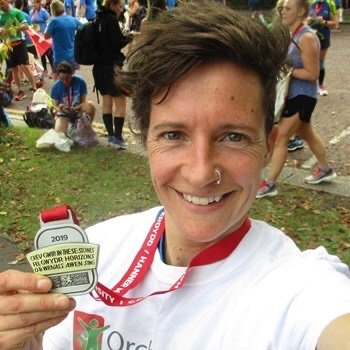 The Orchard Trust has a number of care homes and supported residences in the Forest of Dean, supporting people in the Gloucestershire, Monmouthshire and Herefordshire areas.

“They do a fantastic job of helping people with special needs live active, fun, and fulfilling lives,” she said.

“I also run for a personal challenge. I’ve run a half marathon before, but never a full marathon, so this will be a big achievement for me.”

We wish good luck to all those who run on Sunday and for their fundraising. Matt will see you at the start line.