Prescription for a healthy economy 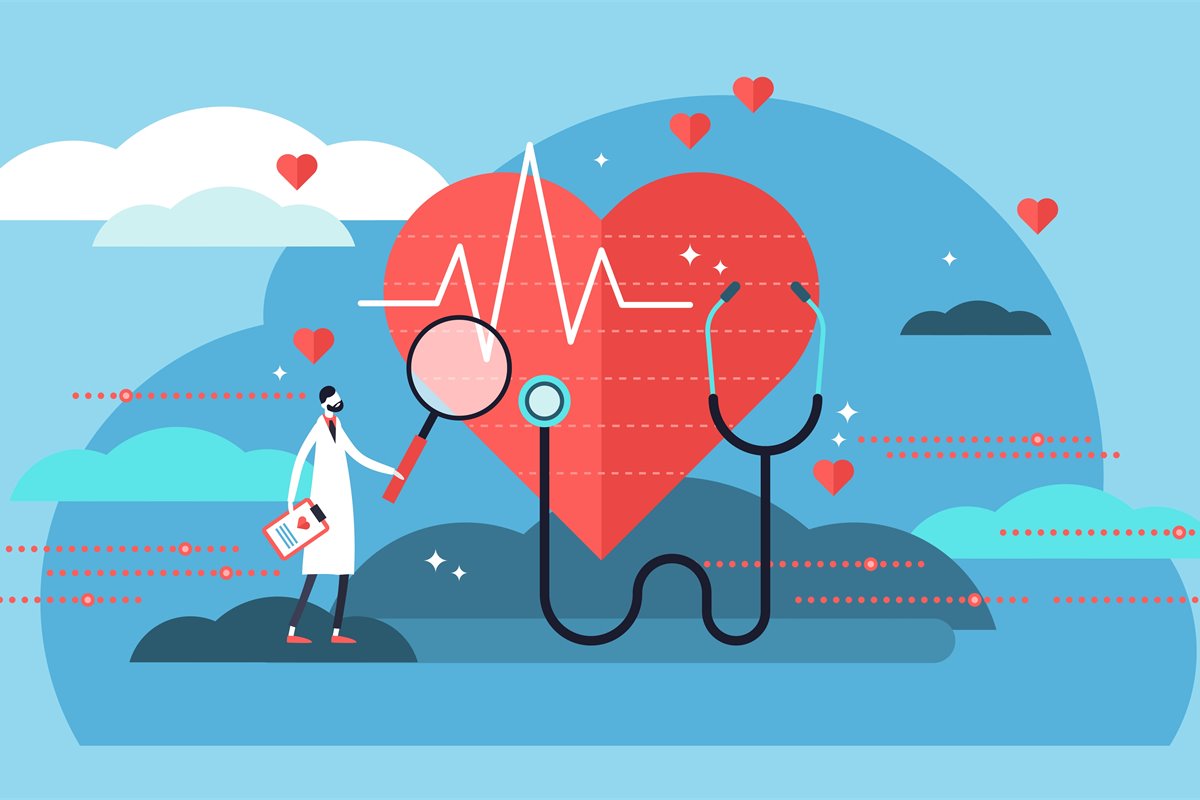 Charity-funded medical research is a pillar of Scotland’s global prestige.

Recent successes include a breakthrough in diagnosing heart attacks in women by Professor Nick Mills, clinical researcher at BHF, University of Edinburgh, which has changed the way diagnostic information is assessed around the world .

The work of Professor James Leiper, of the BHF Center for Excellence in Glasgow, focuses on the development of a new drug to combat dangerous low blood pressure. If successful, it could keep sepsis patients alive long enough for antibiotics to treat their infection. Such a drug would have the potential to save many lives.

But such work not only improves health. It also has another advantage: it is vital for the Scottish economy.

Just how important is clearly laid out in proprietary research, soon to be published, by the Fraser of Allander Institute (FAI) at the University of Strathclyde. The report shows that in 2019, charity-funded medical research created 7,475 jobs in Scotland, with 5,125 directly in professional roles and the rest through the ripple effect of workers spending their money.

It also generated £470m of production and £370m of gross value added, including research impact on universities, supply chains and wages.

Medical research funding from charities such as BHF Scotland, the Wellcome Trust, Cancer Research UK and Versus Arthritis is estimated at 46% of all third sector and public funding for medical research in Scotland.

Without this money, the Scottish government would have to increase funding for medical research and development by 73% to make up the shortfall.

As a generator of high-skilled jobs, this sector has a crucial role to play in Scotland’s economic future, but it has been hit hard during the pandemic.

It is estimated that 575 jobs have been lost in just one year.

This reflects a drastic drop in charitable donations. In 2019, £226 million was invested in the medical research sector by charities, but by 2020 that amount had fallen to £208 million.

The Association of Medical Research Charities (AMRC), a grouping of the UK’s leading third sector medical and health research organisations, reports that a pandemic-related drop in funding has forced three-fifths of charities to reduce support for early career researchers. As a result, 82% of these researchers feel less safe and 40% have considered quitting medical research altogether.

BHF Scotland and other charities are deeply concerned that without support the current pipeline of researchers in Scotland – the next generation who will maintain Scotland’s status as a world-class research center – could be lost. for the benefit of other countries and that vital research will be delayed. or simply not happen.

Professor Leiper is the British Heart Foundation’s Associate Medical Director for Research and moved to Scotland from Imperial College London five years ago. He has a keen awareness of the benefits of charity-funded medical research and the challenges facing medical researchers in Scotland.

He says Scotland has a lot to offer as a research destination.

“The big draw for me coming to Scotland was that there was a BHF center of excellence in Glasgow and the second thing there was great access to patients in Scotland.

“In Scotland, there were electronic medical records for all patients. If you want to improve outcomes for people with cardiovascular disease, you need great research and you need it to be close to patients.

He also thinks the shorter chain of communication between universities or research funders and the Scottish government may allow scientists to have their voices heard more easily than in England.

But the catch is that although young scientists may find opportunities in Scotland, it is difficult to retain them later as there is no clear path for them to a secure scientific career. This can cause them to leave Scotland and sometimes science too.

The biotech company that Professor Leiper set up to develop his blood pressure drug initially employed 12 early-career researchers and later another 25 people, including more such scientists. This is typical of many. But when research funding is reduced, it becomes very difficult to retain such personnel.
“It’s not just a Scottish problem, but the Scottish government doesn’t fund [science] to the same extent as England and Wales,” notes Professor Leiper. “Funding per capita is significantly lower south of the border.

In 2018/19, Scotland’s Chief Scientist Office (CSO) provided £65.6m of funding across its portfolio. The equivalent figure for England, administered by the National Institute for Health Research (NIHR), was £1.06 billion. This means that on a per capita basis, CSO funding is only 63.9% of NIHR funding.

Fellowship funding is a way to support early career researchers who hope to secure independent academic positions. They help maintain and retain talented staff. In 2018/19, the CSO spent £1.8m on scholarships, compared to over £100m invested by the NIHR in 2019/20.

Professor Leiper says: “You have brilliant scientists in Scotland, you have brilliant opportunities to connect science with patients, but all that potential is realized if there is funding to reassure scientists that there is a career here for them. Not everyone will reach the top, it’s unrealistic, but there has to be an identifiable pipeline for people to descend. And if we are not careful, we will lose a generation of researchers. People will think it’s too difficult, it’s too risky. They will move because they are talented people and they can move.

Charities such as BHF Scotland see complacency over Scotland’s research sector as a threat to its future. Scotland is now an international player in medical research, but without investment, given the competitive global environment, it could lose this status.

The story is the same for heart and cardiovascular disease, cancer and neuroscience: the research environment is attractive today, but if it starts to deteriorate, researchers will leave.

Professor Leiper thinks attracting more biotech and pharmaceutical companies to Scotland would also benefit the sector. He explains: “The proximity of research to commercialization is important. It’s not true that if you have a brilliant idea in Scotland, you can fundraise in Singapore and try it anywhere. Proximity is important.

“We know the West of Scotland male is a cardiovascular phenotype, he is very well defined, there are very good medical records, so the potential to do good clinical trials is huge.

“The missing piece of this puzzle is having small biotech and pharma companies on hand so that the dialogue between basic scientists, clinicians, and the biotech and pharma industry can lead to the development of new treatments and diagnostics.

“I think Scotland is doing pretty well, but the government has a role to play in this and many of my colleagues in Glasgow constantly remind me that if we were in England the NIHR would fund this or that, but we don’t have that in Scotland and we miss it.

“So let’s level the playing field. Let’s get the same investment in biomedical research in Scotland that England enjoys, and I think that will really fuel the potential that we have.
Right now his biggest concern is the hit Scottish medical research has taken as a result of the pandemic.

He says: “The implications are pretty grim to be honest. Last year there was a 50% reduction in BHF research funding.

“If you have 50% less money, that cuts the number of grants you can give in the future in half, so we’re going to lose people from the research community.”

The AMRC has proposed a life sciences charity partnership to the UK government in 2020, to help the sector recover from the pandemic. The idea was for the government to match charitable funding for medical research pound-for-pound until funding returned to pre-pandemic levels.

“Unfortunately and rather disappointingly, the government was unwilling to join us and a very small amount of money was allocated to medical research charities. So the consequence of that is that we will lose people because our bright young scientists will say, you have less money to spend. It’s too difficult to progress in this environment, I should leave and do investment banking or something.

“I think there’s a real opportunity here for governments to say, we value medical research, we understand the challenges medical research charities face, how can we work with these charities to preserve the work what they are doing and ensuring that the research ecosystem survives?

“A lot of that will be about money, but part of it will come down to partnerships, thinking creatively about the scholarships we might offer to retain top talent.”

BHF Scotland wants to see the CSO increase the amount of money it spends on medical research, bringing it up to the same per capita level as the NIHR in England.

They are claiming £30million which would be an investment not just in new treatments and diagnostic techniques, but a boost to the economy.

The FAI report leaves no doubt about the importance of this sector to jobs and prosperity in Scotland.

Professor Leiper concludes with a warning and a call for support for these vital high-skilled jobs: “Our funding is recovering, which is great, but it will take us several years to get back to our pre-pandemic level, several years to the where we will lose people, the pace of research will be slow and discoveries will be delayed.

“It would be fantastic if the government could join us and say how can we fill the void.”

This article is sponsored by the British Heart Foundation.