Pathway deep in the brain makes it resilient after injury 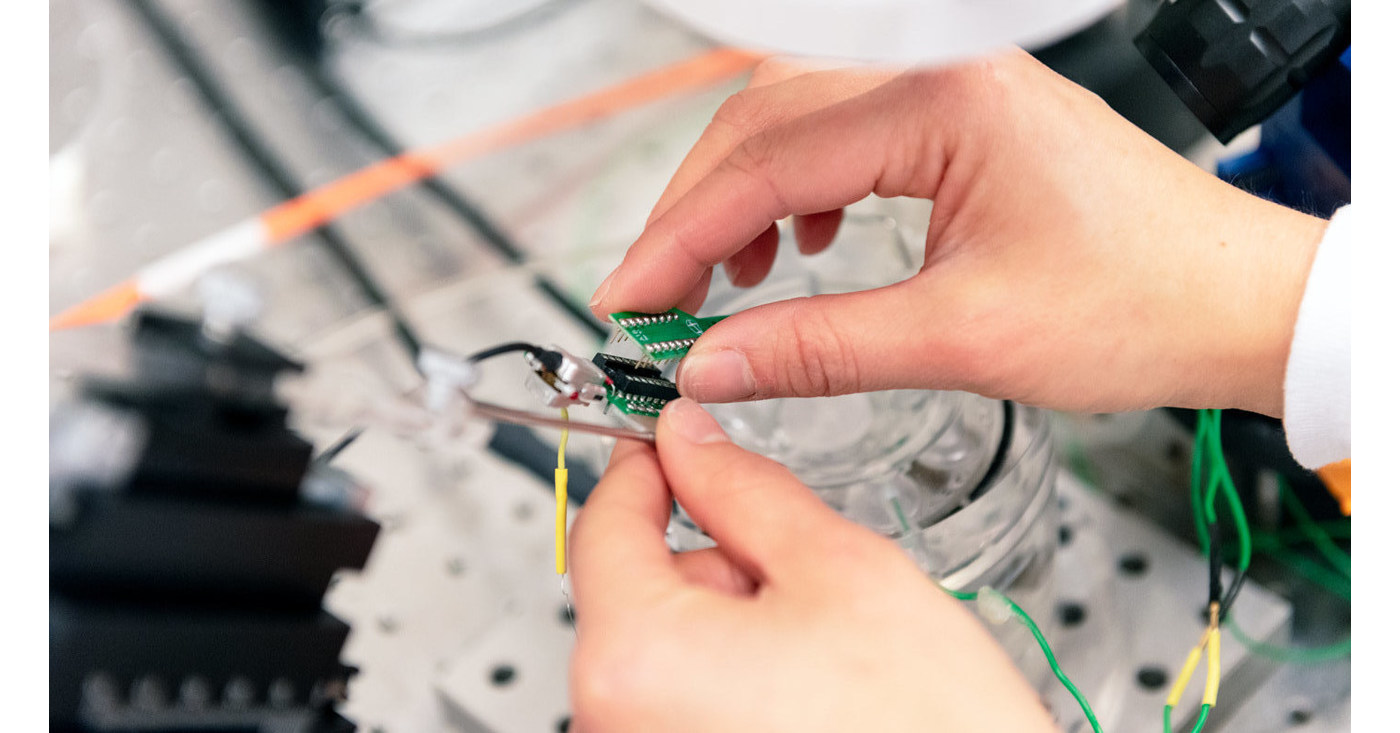 The team also analyzed post-mortem human brain tissue and showed that the same cells identified in mice could be altered in the thalamus of people affected by brain injury and stroke. The results, published in the journal Scientific Translational Medicine,suggest that targeting a protein in these cells could prevent the long-term damage that follows brain injury.

“Following brain damage, the thalamus has been relatively understudied compared to other regions of the brain,” explains Jeanne Paz, PhD, research associate at Gladstone and lead author of the new study. “I hope this is just the start of many new lines of research into the importance of this region in determining how we can help the brain resist the consequences of injury.”

A cascade of inflammation deep in the brain

At the time of a stroke or traumatic brain injury, many cells at the site of injury die almost immediately. Inflammatory cells and molecules begin to come together, cleaning up dead cells and molecular debris. In the thalamus, an area deep in the center of the brain that may be remote from the site of injury, cells called astrocytes activate, leading to a cascade of inflammatory changes.

Previous studies by the team have shown, in rodent models, that astrocyte activation in the thalamus is a common consequence of brain damage. However, astrocytes also play key roles that support neurons, including controlling their connections and supplying them with nutrients.

In this study, the scientists wanted to find out whether activating astrocytes in the thalamus helps the brain recover, causes further damage, or has both positive and negative effects.

“Astrocytes are so important to the brain that you can’t just get rid of them to treat disease,” says Frances Chograduate student at Gladstone and University of San Francisco (UCSF), and the first author of the new study. “We needed to determine if we could separate the damaging actions of activated astrocytes from their protective actions.”

Focus on the thalamus

Paz, Cho and their collaborators hypothesized that activated thalamic astrocytes may play a role in some of the longer-term symptoms of brain damage, including an increased risk of seizures and sleep problems. So, rather than studying mice with brain damage, the team first tested the consequences of activating thalamic astrocytes in otherwise healthy animals. They found that the simple activation of thalamic astrocytes was enough to cause altered patterns of brain activity similar to those seen after injury, and made the mice susceptible to seizures.

When the researchers then analyzed the molecular properties of activated astrocytes, in collaboration with the team of Anna Molofski, MD, PhD, at UCSF, they found that these cells lost a protein called GAT3, which is responsible for regulating levels of a specific inhibitory neurotransmitter molecule. As a result, neighboring neurons were exposed to too much neurotransmitter, resulting in neuronal hyperexcitability and seizure susceptibility.

“We wondered if the loss of GAT3 in thalamic astrocytes causes neuronal dysfunction, could increasing the level of this protein solve the problem and restore neuron function?” says Paz, who is also an associate professor at UCSF.

To answer this question, the team collaborated with Baljit S. KhakhPhD, and his group at UCLA who had developed a tool to increase GAT3 specifically in astrocytes. Remarkably, the increase in GAT3 levels specifically in thalamic astrocytes was sufficient to prevent neuronal hyperexcitability and increased seizure risk caused by activated astrocytes.

The team then tested whether the results were true in mice with brain damage. Increased levels of GAT3 in the thalamic astrocytes of these mice also reduced seizure risk and death rate.

“These activated astrocytes are quite different in many ways from astrocytes that are not activated, so it was surprising that we could identify a single molecular change that we could target to prevent the consequences of brain injury,” says Cho.

“Postmortem brains with stroke and traumatic brain injury appeared to have lower levels of GAT3 in their thalamic astrocytes, just as we saw in the mouse model,” says Cho. “We hope that with increased attention to the thalamus, it will become more common to collect thalamus samples from post-mortem biopsies in the future.”

The researchers hope to continue collecting longer-term data in mice and humans to study the time course of astrocyte activation in the thalamus after brain injury.

“Because these thalamus changes occur after the initial brain injury, there is a window of time during which clinicians may be able to intervene to stop or reverse them and prevent the increased risk of developing epilepsy,” Paz explains.

About the research project

The article “Enhancing GAT-3 in thalamic astrocytes promotes resilience to brain injury” was published in the journal Science Translational Medicine on July 6, 2022.

The other authors are Yuliya Voskobiynyk, Allison MorningstarBryan Higashikubo, and Agnieszka Ciesielska of Gladstone; Ilia Vainstein and Francisco Aparício from UCSF; Diede Broekaart, Jasper Anink, Erwin van Vliet and Eleanor Aronica from the University of amsterdam; and Xinzhu Yu of UCLA.

To ensure that our work does the greatest good, the Gladstone Institutes focus on conditions with profound medical, economic and social impact – unresolved diseases. Gladstone is an independent, not-for-profit life science research organization that uses visionary science and technology to defeat disease. He has an academic affiliation with the University of California, San Francisco.