On BMC’s ‘eligible’ list, why are Mumbai peddlers still kicked out? 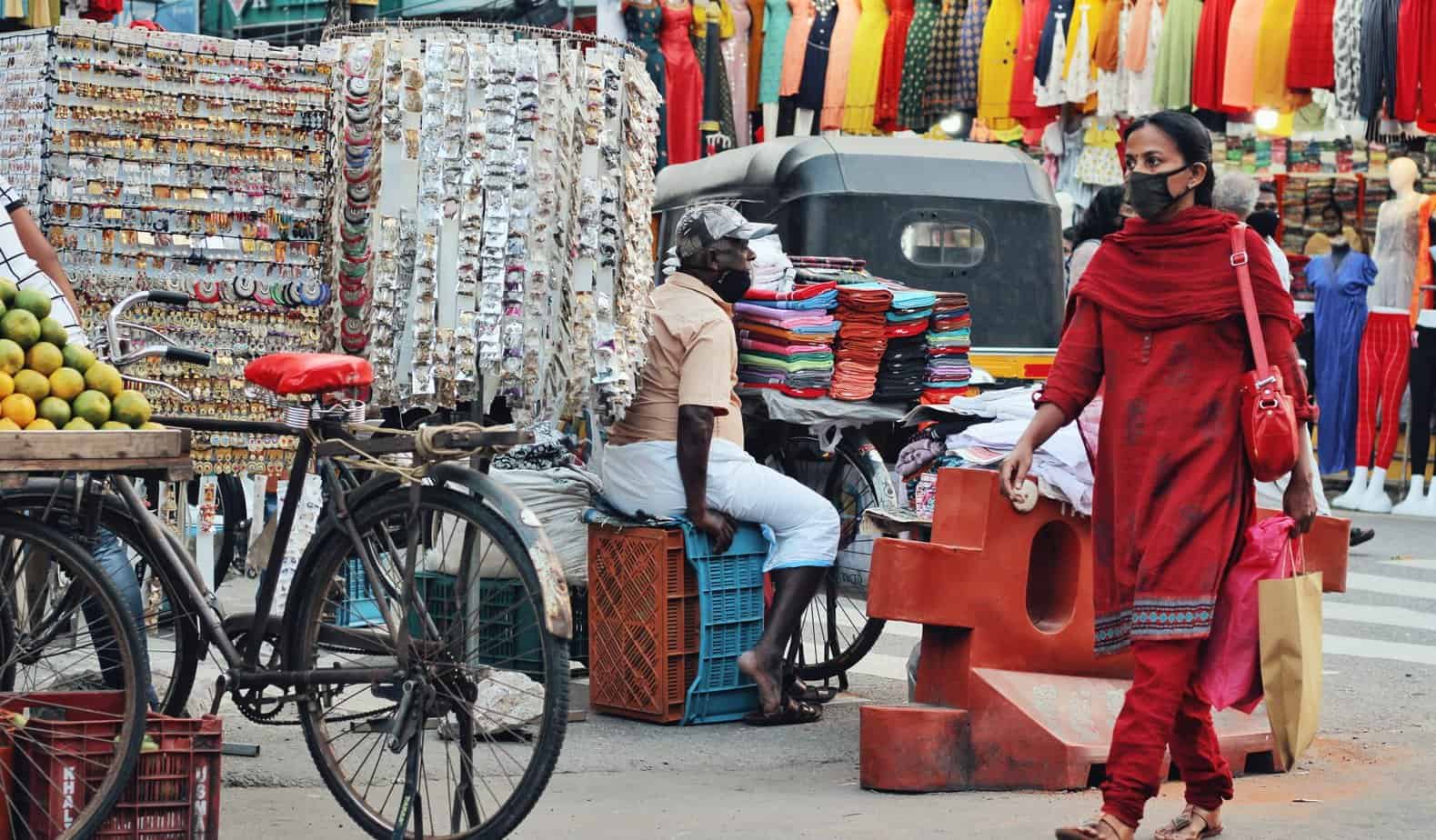 Sagir Qureshi, a hawker in Mumbai, has been selling clothes on Hill Road in Bandra for over 50 years. He doesn’t have a store, instead he carries an assortment of t-shirts and tops on metal shelves to his usual place every day. Lined up on the sidewalk outside the brick-and-mortar stores, he joins other peddlers preparing for the evening crowds.

“Mai apne pitaji ke time se yaha hu. Elco Market 1965 me shuru hua tha, tab itne hawkers aur dukaan nahi the. (I have been here since my father’s time. Elco Market started in 1965, and at that time , there weren’t many shops or hawkers),” he says.

It is because of the low prices and bargaining atmosphere offered by Mumbai hawkers that Hill Road is famous for its shopping streets throughout the city. With their handcarts, stalls, and portable distribution of clothing and accessories, they add a variety of choices for shoppers and a culture for which the city is highly regarded. Voices calling “Jeans, ma’am?” » punctuate the daily walks on the road.

But, amidst the chaos of this daily routine, there is one word that all vendors used to hear as a warning sign to take a break for the day: “Gaadi”.

Meaning vehicle, “gaadi” is the code for the arrival of the Brihanmumbai Municipal Corporation (BMC) anti-encroachment jeep. The word travels through the vine in cries, echoes and signals from one end to the other. In an almost choreographed way, the peddlers come together. Transactions are cut short and buyers swept away. Those who have their goods in heaps on the road select and tie the four corners of the cloth base in which they transport them. Those with goods on wheels, like Sagir, leave with a locker in each hand. Within minutes, the peddlers disperse into one of the many small alleys that open onto Hill Road and await the passage of the gaadi.

This frenzy occurs two to three times a day and is fraught with consequences. Eviction comes at a huge price for these informal workers, who earn their living on lower margins, with no job security or benefits. If caught by the BMC, Sagir claims he would have to pay a fine of Rs 1,500 or more to get his property back.

“Ye sab chalta rehta hai. Agar public complaint jaisa kuch hota hai to bohot zyada strict ho jate hai, to kabhi dheel bhi de dete hai. Hum kya kar sakte hai? (This continues. If there is a public complaint or something similar, they become very strict. But at other times they give us some leeway. What can we do?),” he says.

In 1985, a Supreme Court judgment described this state of affairs as a “standoff” or “a game of hide and seek between the Society and the peddlers”. The Bombay Hawkers’ Union (BHU) had sued the BMC, in response to the civic body’s violent eviction campaigns and refusal to grant licenses. The BMC Colonial Act of 1888, which created the company, gave it the right to remove any encroachment into a public space without notice. They argued that this violated their fundamental right “to carry on any trade or business”, as granted by Section 19 of the Constitution.

The Court’s decision is on a middle ground. He argued that public streets were for the general public, keeping evictions legal. But it also upheld the constitutional right to peddle, as long as it was within municipal standards.

It was the first in a series of court cases that pit the livelihoods of hawkers against the rights of pedestrians on the street. This was the start of the push towards regulation of street vending. He recommended an adapted scheme on a letter from the City Commissioner in 1983, delineating peddling and non-peddling zones. A daily fee of Rs 3 for men and Rs 1 for women would act as a license fee in licensed places, which excluded the periphery of 100m from hospitals, religious and educational places and 150m from markets.

Implementation, however, has been slow to follow. But the rules would remain, taking on a bigger role in the future.

Read more: Why government programs are not reaching those most in need in Mumbai

The request for regularization

Several cases across the country followed, amplifying demand for regularization. In his book on street food vendors in Mumbai, The slow boilauthor Jonathan Shapiro Anjaria describes how groups of hostile citizens and residents began vocally opposing hawkers in the 1990s and approached the courts.

Courts began to take a tougher stance, calling for more restrictive controls on peddling. The first steps in codifying the regulations took place in 2004, with the National Policy on Urban Street Vendors. A decade later, the central government passed the Street Vendors (Protection of Livelihoods and Regulation of Street Vending) Act in 2014.

The law is a comprehensive treatise on the rights and regulation of street vendors, outlining a street vending regime and protecting hawkers from eviction until it is put in place. It directs local governments to investigate existing peddlers first, give them sales certificates (instead of licenses) and identity cards and accommodate them in sales areas, especially in areas where markets already exist.

The details, investigation, eligibility requirements, vending fees, vending zone conditions, etc., were left to state governments. The Maharashtra government notified the rules in 2016 and the scheme in 2017. The field tasks of surveying and identifying hawkers and vending areas would then be carried out by the local vending committees (TVCs).

These 20 member committees would be made up of municipal commissioners, police, hawkers (a 40% majority) and representatives of NGOs, RWAs and professional associations. Mumbai, due to its large area, would have 7 zonal TVCs alongside the central TVC. All members would be chosen on the basis of nominations, but street vendor representatives would be elected by street vendors.

But Mumbai ran into a problem here. A TVC was needed to carry out an initial survey of the peddlers, so that they could then elect their representatives. In the absence of one, they needed a temporary solution.

Provisional TVCs were then formed in 2017, in which street vendors were selected by lottery. After the poll, the peddlers would elect and replace them with the chosen ones. However, the elections have not yet taken place and the temporary TVCs are still in place.

Where are the licenses?

The survey took place in 2014, asking hawkers for details on caste, religion, sub-caste, nationality, etc. But only 1.25 lakh forms were distributed among the peddlers, estimated at 2.5 lakh in 2004. The provision of certificates in the law also concerns 2.5% of the population, well over 2.5 lakh. 99,435 of the completed forms were sent to the BMC.

In limbo until 2018, peddlers were then asked to send certificates of domicile proving they had resided in the state for at least 15 years. This is not a requirement of the law, it was presented as a directive from Shiv Sena party leader Raj Thackeray.

The lengthy process resulted in the elimination of most peddlers from the list. In 2019, the BMC finally posted neighborhood lists of eligible peddlers, condensed to 18,000, on their website. 89,000 hawker locations were demarcated, then finalized at 31,264. Sagir succeeded, but neither he nor others like him received their sales certificates.

“All the Zone City Sales Committees completed their tasks before COVID-19,” says Nayana Kathpalia, who represents the civil society organization Nagar (formerly Citispace) in the Zone 1 TVC. “We are physically went to see the spaces marked as peddling locations. , and made sure they followed the guidelines. The main TVC, led by the municipal commissioner, must decide when to start implementing the program now,” he said. -she adds.

But the fact that this whole exercise was carried out by the provisional TVCs could mean that everything is in vain.

“The government has selected the TVC ko vending certificates in the dene ka power hi nahi hai zone. From dengé agar to illegal hoga. [These government-selected (unelected) TVCs do not have the power to give hawkers vending certificates or vending zones. Even if they do, it will be illegal]“, explains Mecanzy Dabre, deputy secretary of the National Hawkers Federation (NHF).

The BMC Licensing Department did not respond to calls asking why sales certificates have not yet been issued.

The impasse over implementation has only grown since the pandemic. More than five years have passed since the street vendor survey, rendering it obsolete. It’s time for a new one, according to the law. The TVCs recommended that the current list of eligible peddlers in Mumbai should be given the certificates, Nayana says, and the next survey should be done for the addition of different peddlers.

Notification from the Maharashtra government of a revised program is also pending. The Bombay High Court dismissed the earlier one after the National Hawkers Federation (NHF) challenged the residency certificate requirement in 2017. It is in the final stages, Mecanzy says, and will soon be passed.

BMC companies have also applied to be part of the TVCs, a provision that is absent from the law. They were awaiting a response from Maharashtra’s Department of Urban Development when the current term of voters ended on March 7.

Meanwhile, the evictions continue. “We take action against hawkers in no-hawker areas, and if we receive complaints or see them causing traffic. But we cannot take strict action against eligible hawkers to whom we have not issued certificates of sale,” says Harshad Kale, Deputy City Commissioner and TVC member in Zone 2. “The Deputy Commissioner of Wards and senior inspector for encroachment removal confiscates the sold goods and transfers them to a godown, which the peddler can retrieve by paying a redemption fee,” he adds.

Calling it “manmani,” or authoritarian, Mecanzy believes the BMC and other officials are using the lack of legitimate TVCs to continue their tenuous hold on hawkers. “BMC, police, local authorities and state government nahi chahte ki, street vendors elect ho aur unko power mile, kyuki phir wo sabse interrogate toutou sakte hai. (The BMC, the police, the local authorities and the state government do not want to give any power to the street vendors, because then they can ask questions)”, he says.