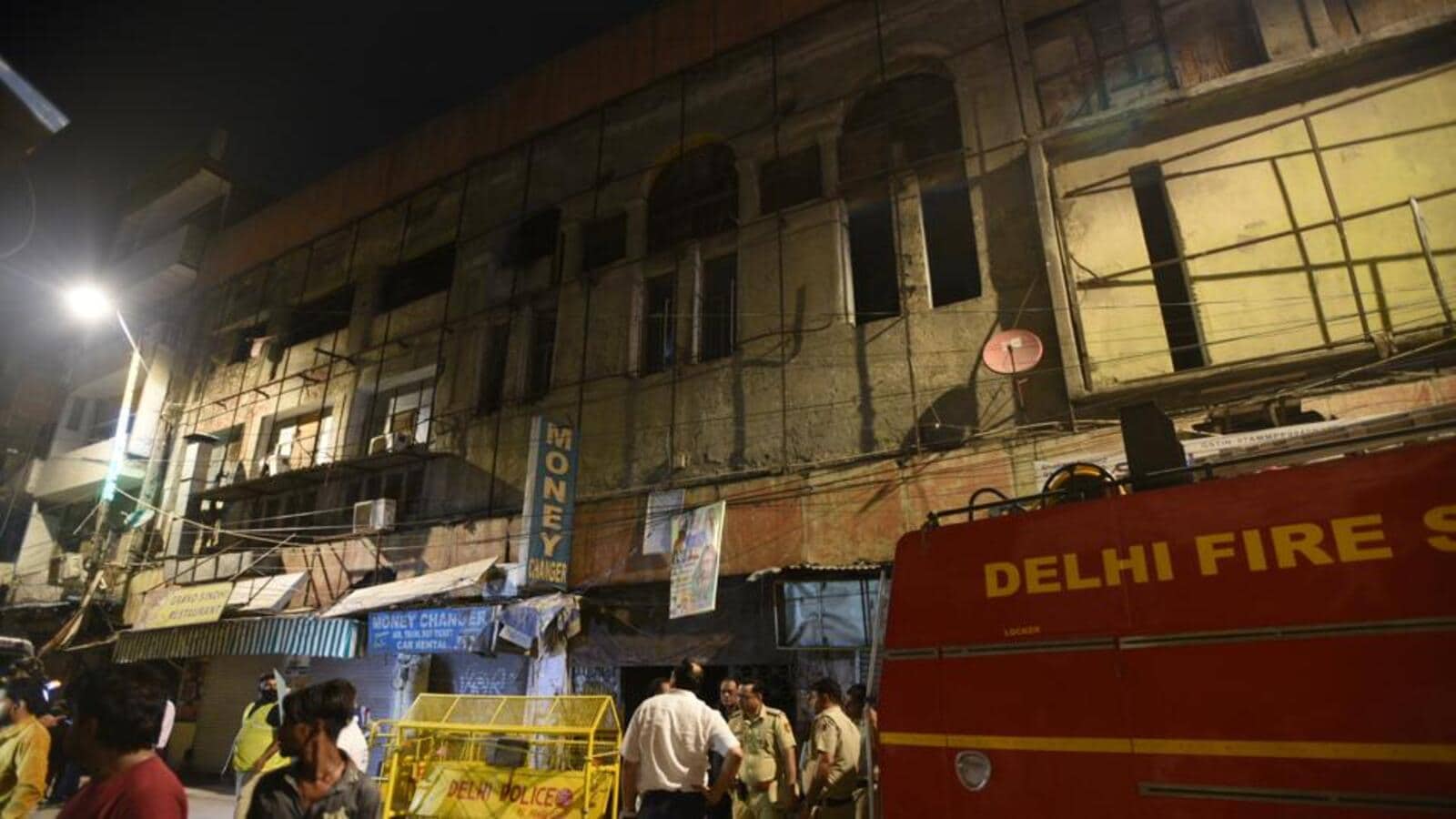 Thursday night’s house collapse in central Delhi’s Paharganj, which killed a 3-year-old child and injured his two sisters and father, has again brought into focus the issue of unsafe buildings in Old Delhi and the city. -Sadar Paharganj (SP -City), following the severe thunderstorm on May 30, when part of a building near Jama Masjid collapsed, killing a man who was unlucky enough to walk in that direction.

That buildings collapse in these areas at the mere sign of a wind is no surprise to city officials. The results of the annual pre-monsoon survey conducted by the Municipal Corporation of Delhi (MCD), to identify hazardous buildings in the city, show that almost 80% of such buildings are in the SP-CIty area. The survey identified 40 unsafe structures of which 33 are in the SP-City area, officials said.

According to the MCD report, more than one million buildings – 1,889,975 to be precise – have been inspected in the city up to June 17 and 564 are in need of repairs, while 40 have been declared unsafe. The department only managed to inspect 73% of the total 2,567,445 buildings under its jurisdiction, city officials said.

A senior construction department official said there were 33 unsafe houses in SP-City area, four in Narela and one each in Keshavpuram, Karol Bagh and Civil Lines areas.

What is concerning about the survey is that it only includes a visual inspection by junior engineers. If the engineer notices a bent or cracked structure, the structure is inspected from the inside.

Resident welfare associations have repeatedly called for the civic body to use a more scientific and advanced method of inspecting buildings, instead of relying on a simple visual survey.

“A notice is issued to have the building repaired, if it can be retrofitted. And section notices are issued to evacuate and demolish a building if it is in a completely dilapidated state,” an official involved in the process said. .

A senior official said the Old Delhi area was settled in the 17th century and many buildings there are centuries old. “We cannot carry out large-scale population displacements. Many recent extensions are also protected by the Delhi (special laws). Only buildings that are in imminent danger are declared unsafe and advisories issued to owners,” the official said, asking not to be named.

Dheeraj Dubey, who heads the Walled City Residential Welfare Federation, said many incidents of building collapses occur each year during the monsoon. “Maintenance and renovation must be carried out all year round. Pledges of renovation are made after each building collapse; so everyone forgets about it. Many of these older buildings are heritage structures with multiple owners and disputes. Moreover, there are so many agencies operating in the walled city that it becomes difficult to assign responsibility. There has to be an authority to take care of this area,” Dubey said.

Special areas and need for regeneration

A separate redevelopment plan of special areas of Delhi was envisaged in the Delhi Master Plan 2021 under which the MCD was supposed to enable urban regeneration and amalgamation of plots (minimum size of 3,000 square meters) for their redevelopment as a “complex”. This was intended to reduce congestion, improve building code compliance, and reduce fire hazards. But the plan never got off the ground.

Spread over an area of ​​2,600 hectares, the “special areas” include Shahjahanabad (walled city), walled city extensions and parts of Karol Bagh.

An MCD official said these areas are characterized by a mix of different land uses. They also have mostly compact buildings, narrow lanes and a densely populated development, which accommodates residential, commercial and industrial units.

“This program was to be incentivized by allowing an additional FAR (floor area ratio) for redevelopment by private actors. The plan was revived after the Anaj Mandi fire tragedy. The Lieutenant Governor had asked us to set up pilot sites for the project,” said an MCD official from the planning department.

Two model projects have been selected – a 3,478 m² residential project behind the town hall near Dangal Maidan and a commercial complex near Peeli Kothi near Naya Bazar road. A senior official said the redevelopment guidelines were formulated and submitted to the Urban Development Department in March last year, but no progress had been made since then.

Sanjay Bhargava, who heads Chandni Chowk Sarv Vyapar Mandal, said what was missing was a will to enforce regulations. “A regional plan must be applied for Old Delhi and since there is no political interference in the MCD at the moment (the transition phase after unification), now is the right time,” said Bhargava.