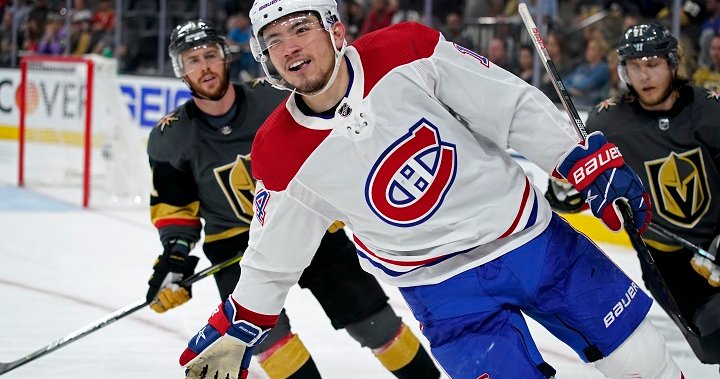 Montreal Canadiens forward Nick Suzuki is part of a team of professional hockey players set to hit the streets of Kitchener in July to raise money for the Grand River Hospital.

Nine players have agreed to take part in Scotland’s Yard Road Hockey Classic, an all-ages street hockey tournament to be held at Catalyst137 on July 8.

Aside from Suzuki, the rest of the players taking part in the event are from the area, including Florida Panthers defenseman Ben Chiarot and Winnipeg Jets defenseman Logan Stanley of Waterloo who also played as a junior for the Rangers in Kitchener.

The Grand River Hospital Foundation says the teams that raise the most money will have the opportunity to sign the professional players.

He says registration for the tournament will remain open until June 30, but there are still limited places for those who wish to participate.

Scotland’s Yard is a new charity seeking to improve care for children with cancer in the Waterloo region. It was inspired by the journey of a young girl named Scotland who faced a difficult path to cope with illness.

The goal is to raise $50 million over the next 10 years to support pediatric cancer programs at Grand River Hospital.