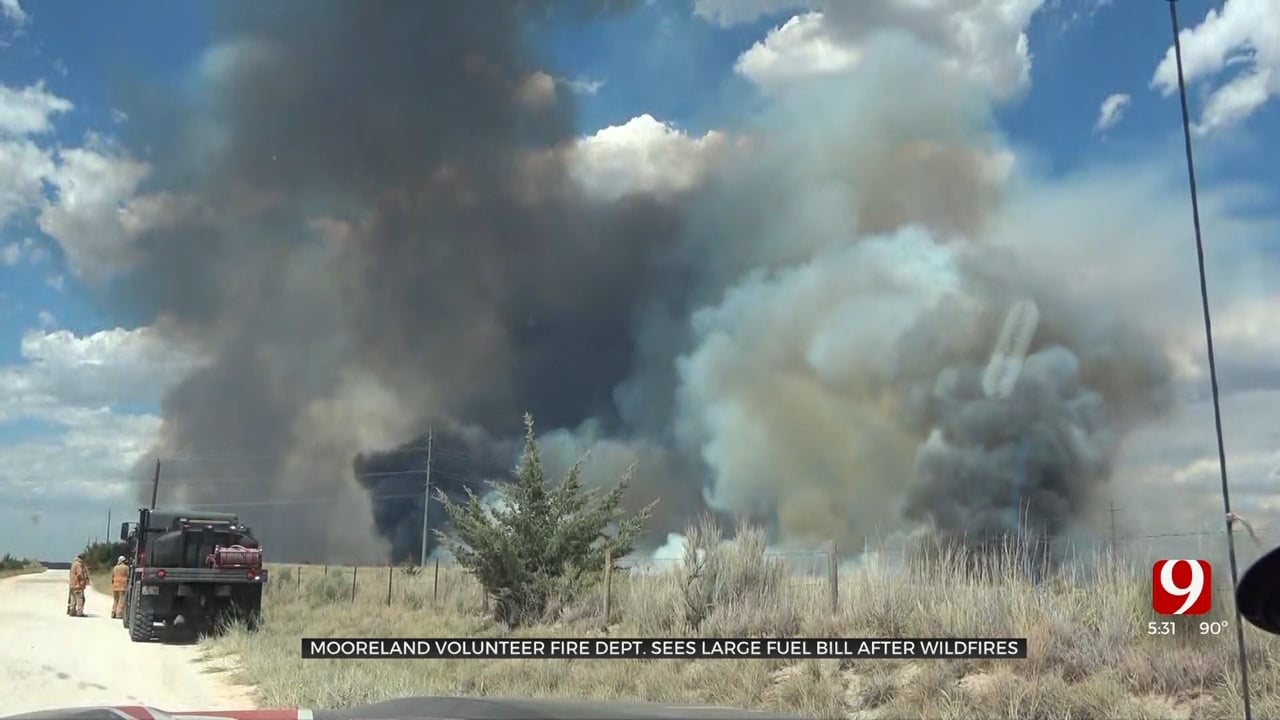 State lawmakers said no one was injured in the wildfires in Blaine and Woodward counties in July, but there is work to be done to ensure fire crews receive support what they need.

“A lot of the same departments responded. They’ve been answering the call for three weeks now.

Firefighters battled raging flames in Blaine County in mid-July. The Mooreland Volunteer Fire Department was called a week later to a wildfire that spread to more than 20,000 acres in five days.

“From Monday to Thursday, I slept four and a half hours. It’s kind of one of the hardest things to deal with,” Mooreland Volunteer Fire Chief Travis Case said.

The fire is now extinguished. Chief Case said the firefighters were exhausted along with their resources. They have just finished repairing equipment and are dealing with a hefty fuel bill that they say is nearly eight times what they are used to seeing.

“They don’t get a lot of money. There is money that comes from the state of Oklahoma, there is a small grant available,” said Matt Lehenbauer, director of emergency management for Woodward County.

Chief Case said the city is handling the bill. State Rep. Carl Newton said he is working to get more funding for volunteer firefighters in situations like this.

“I tried to add a million dollars to the budget to set aside just for wildfires like this here. It was not included in the budget,” Rep. Newton said.

Newton said the state gave 5,000 additional firefighters to each volunteer fire department. He says it’s a start, but he plans to apply for more funding again in the next session.

“All the intervention teams that come, all the bulldozers. Everything and anything. I don’t even know how to say thank you to them,” Chief Case said.

Lehenbauer said he was working to get a federal disaster declaration. He is waiting to find out if he has been approved.