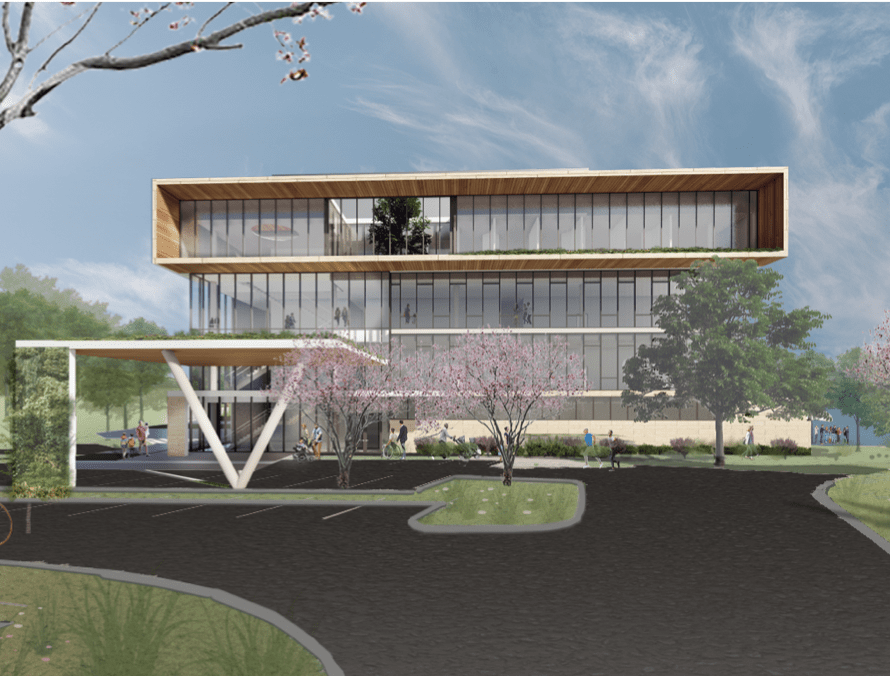 By Dakota Antelman and Laura Hayes

WESTBOROUGH – Mass General Brigham (MGB) will not come to Westborough.

Just over a year after presenting its first such plan, the healthcare giant withdrew its offer on Friday to open an outpatient clinic in the Westborough Office Park near Route 9.

Touted as a way to better serve patients in central Massachusetts, the proposal was part of a broader suburban expansion plan that sparked fierce debate across the region, with critics saying it would actually reduce the accessibility of health care in the communities of the region.

MGB President and CEO Dr. Anne Klibanski confirmed the decision to step down in a statement, explaining that MGB took the step after learning that the state’s public health department would not recommend approval of the outpatient proposal.

“Mass Gen. Brigham remains committed to transforming the delivery of care so that our patients receive the right care in the right place at the lowest cost,” Klibanski said. “We will continue to honor our commitment to provide the best care to the 227,000 patients we currently serve at Mass General Brigham affected by the Department of Public Health’s decision.”

The clinic would have offered surgery, primary care, behavioral health, orthopedics, neurology and diagnostic imaging, among other specialty care services at the 1400 West Park Drive site.

This was part of a larger suburban expansion plan which would have added another new clinic in Woburn and expanded an existing facility in Westwood. These two project proposals were also withdrawn.

Long before this week, however, MGB officials appeared before the Westborough Planning Board last spring to seek site approval for the project on a nearly 10-acre site on West Park Drive.

The Planning Board unanimously approved the plans at a July 6 meeting.

Eventually, with local approval in hand, MGB’s plan still remained under consideration at the state level until last year and into 2022.

As part of this, Mass Eye and Ear Chairman and MGB Integrated Care Chairman John Fernandez made the case for the Westborough site at a hearing last April hosted by the Department of Public Health (DPH).

Fernandez argued that MGB had 42,000 patients within a 20-mile radius of Westborough. He said the costs would be lower than the facility because it would be a clinic and not a hospital.

At the April hearing, Fernandez estimated the project would bring 1,000 construction and healthcare jobs to the three suburban expansion sites, including 300 jobs in Westborough.

Westborough public officials had expressed support for this, pushing back on some of the criticism leveled at MGB while touting the local impacts the site would have.

In the meantime, the people of the region were divided, with many arguing in favor of the expansion and still others opposing it.

In nearby Marlborough, prominent officials had long been critical of MGB’s plans.

Among them, officials at UMass Memorial Marlborough Hospital specifically said MGB’s proposal could cause financial problems for their facility.

“[MGB] has the highest costs in the state,” James Leary, vice president of UMass Memorial Health Care, told Marlborough City Council last March. “[That] will increase costs at Marlborough and UMass Memorial Worcester, which have the lowest costs.

During that April DPH hearing, some meeting attendees said the Westborough settlement would exacerbate inequalities, separating the “haves” from the “have-nots.”

Among them, Marlborough hospital officials claimed that many of the services offered on the MGB site would mirror what is offered in the area, leading UMass and MGB to compete for patients and workers.

“It basically comes down to choosing over poor and underserved people and communities of color in central Massachusetts,” UMass Memorial Health Care President and CEO Eric Dickson said at one point.

His arguments were supported by the greatr Coalition to Protect Community Care, among others.

Despite opposition, the project had been moving forward for several months.

In September, MGB notably finalized a community service in lieu agreement with the Westborough Select Board.

The agreement, also known as the payment in lieu of taxes (PILOT) agreement, was the first such agreement in Westborough’s history.

He outlined a 20-year payment plan to the city of MGB which, as a non-profit organization, does not need to pay taxes.

Just over $900,000 would be sent to Westborough over those 20 years under the terms of the agreement.

State lawmakers have weighed in throughout this process, with several noting concerns about MGB’s plans and their impact on health care costs.

Locally, this was a topic of discussion this week at the 9/495 Corridor Chamber of Commerce’s annual legislative breakfast on Thursday morning.

Speaking at the event, several lawmakers reiterated warnings that MGB could drive private health insurance customers away from UMass Memorial.

That, they said, would leave UMass Memorial with a higher proportion of patients on Medicare, which doesn’t offer the same reimbursement rates as private insurance.

Such a change could seriously hurt UMass from a financial perspective, lawmakers say.

“These people who have commercial insurance are exactly the people this new hospital in our backyard is looking to accommodate,” said State Senator Harriette Chandler. “[MGB] would eat, essentially, lunch from UMass. We can’t afford it.

Chandler, who told the story of the UMass Memorial Health Care System, expressed personal gratitude for her services after saying doctors recently saved her husband’s life.

“It’s a wonderful hospital,” she said. “…We are so lucky to have him. And I promise you that if we have Mass General Brigham, you won’t have the same type of UMass that you have now.

State Representative Hannah Kane emphasized that her concerns about MGB’s expansion did not stem from individual opposition to MGB itself.

Rather, they came from a “general need to reduce rising health care costs,” Kane said, adding that MGB is a “contributing factor” to that rising cost.

“It’s a macro issue for us, much more than a micro issue,” Kane said of monitoring health care proposals.

Chandler and others have also touted UMass’ role as an economic engine in the region, warning of the ripple effects this MGB expansion could have if it were to weaken UMass.

“We have these wonderful assets that we should be doing all we can to support,” echoed State Rep. David Muradian.

The project had remained in the DPH needs assessment review process as local negotiations concluded with this Westborough PILOT agreement.

Either way, MGB was still on track moving forward as recently as a February 8 board meeting where Fernandez presented an update to the board believing that the clinic of Westborough would open in the summer of 2023.

This meeting took place after a independent cost analysis for the project concluded that the expansion would result in a slight decrease in overall health care costs for the services of the proposed clinic.

The MGB had celebrated the results of the ICA even as opponents argued it was too narrow.

Attorney General Maura Healey also released a report on the project, as did the independent Health Policy Commission, which concluded that the expansion was in fact likely to divert patients and revenue away from other providers.

In total, the HPC estimated that MGB’s plans would also result in a $90.1 million increase in annual statewide healthcare spending.

Beyond Klibanski’s statement on Friday, the state to place monitoring of the needs determination process also indicates that MGB withdrew its request.

This news came less than 48 hours after the Corridor 9 Legislative Breakfast.

“This was an impressive organizing campaign including the legislative delegation from the boroughs, hospital unions, doctors and nurses and city officials, to defeat MGB trying to bring surgical centers to communities including Westborough, which would have increased health care costs and threatened[ed] care for low-income patients,” he wrote.

“David can beat Goliath!”” he added.

‘A betrayal of public trust’: Westborough Select Board responds to AG testimony on MGB expansion proposal