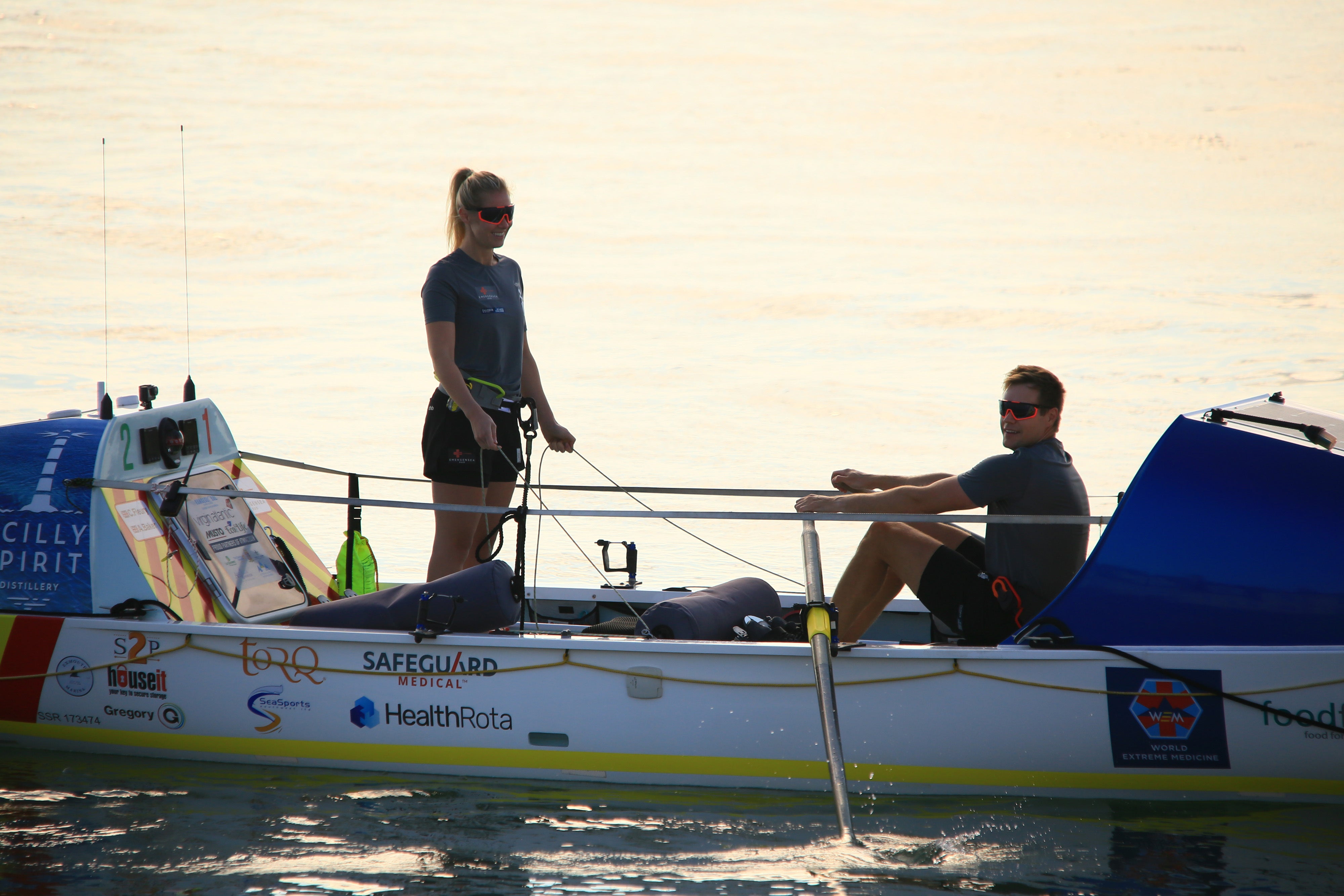 Two married NHS doctors are due to spend Christmas Day on the high seas as they cross the Atlantic to raise money for charity.

Adam Baker and Charlie Fleury, both 31, compete in the Talisker Whiskey Atlantic Challenge and left their starting point in the Canaries 10 days ago. They shouldn’t reach Antigua for a month.

During the grueling 40-day challenge, the duo will sail 3,000 miles across the ocean north of Cape Verde in a 24-foot boat while competing against 35 other crews.

Their ship, which is called Percy, is about a third the size of a red phone booth and they will take turns paddling it, swapping every two hours around the clock.

The longest the couple had rowed together before leaving was five days. Mr Baker said it was his wife’s idea to participate, he had suffered from seasickness before.

A&E doctors said their work at Royal Devon and Exeter Hospital had prepared them for the pressures of boating on the water, and this said they saw their position as a husband and wife team as an “advantage. “.

Mr Baker said he “looks forward to breaking through our perceived mental barriers and facing the extremes of the ocean.”

The couple hope to raise £ 100,000 for Devon Air Ambulance, the RD&E charity, which supports the Royal Devon and Exeter NHS Foundation Trust, RNLI and Mind.

They also hope to use their experience to help research how ultra-endurance sporting events affect men and women differently.

The trip was delayed for a year due to their commitments during the Covid-19 pandemic.

Ms Fleury said: “It has been incredibly difficult to keep the momentum going despite mental fatigue from the pressure of work, but what a great practice to prepare for this ultra-endurance challenge.”

Under the team name Emergensea Duo, they will try to beat the record for mixed pairs for the crossing, considered the “most difficult line in the world”.

Husband and wife team Helena and Richard Smalman-Smith made a crossing to Barbados in 2012 in just over 75 days.

They also row as ambassadors for One For The Sea – an initiative launched by Talisker and Parley for the Oceans to help support the protection and preservation of 100 million square meters of marine forest by 2023.

A total of 14 teams from the UK are taking part in the challenge – including two solo rowers, six pairs, three trios and eleven foursomes and a group of five.