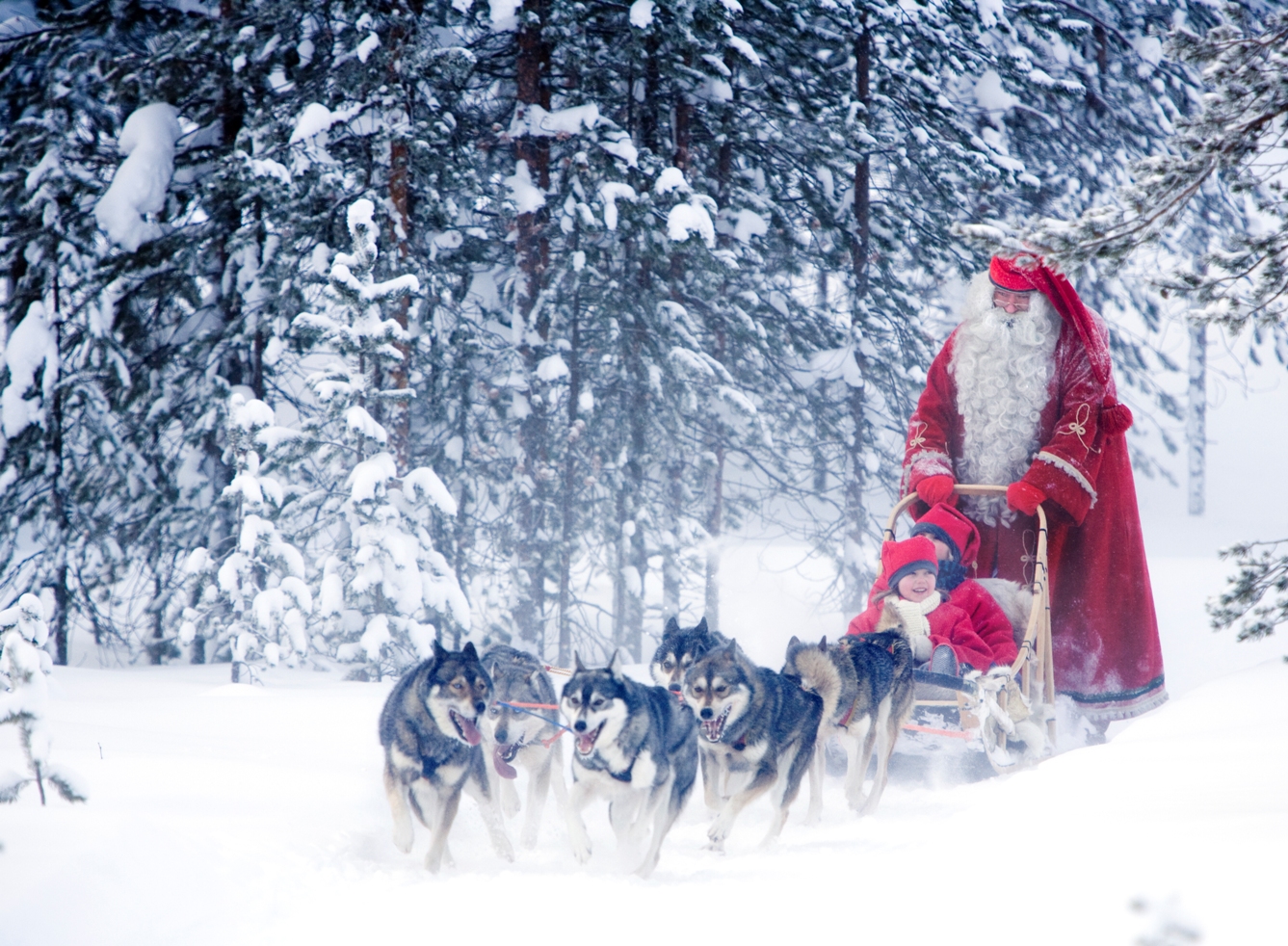 There are certain recognized attributes of a civilized and humane society and these have nothing to do with GDP or per capita income or the number of billionaires a country can boast of. Yes, prosperity does or should move a country up the ladder of civilization, but it is not a given, and New India is living proof of that. Even as we prepare to become the fourth largest economy in the world, as a society we are rapidly losing our kindness and becoming more brutal, towards each other and towards other living beings.

One of the hallmarks of a humane society is how we treat animals, and in this respect our record is dismal. I won’t talk here about the horrific slaughter of wild animals for ‘bushmeat’, or the illegal and endemic trade in exotic wildlife: these are far removed from the life of the average Indian. Instead, I’ll talk about animals closer to us, which have cohabited with humans for thousands of years, and which have earned the nickname “man’s best friend”. I will talk about this animal that abandoned its wild and wandering ancestors to live with homo sapiens, and how we return that trust through betrayal and cruelty. Yes, dear reader, I am talking about the humble and loyal dog.

India will have around 30 million pet dogs by 2023, and the pet care industry is valued at half a billion dollars a year. It is more difficult to arrive at the number of stray/street dogs, with figures varying between 15 million and 60 million, depending on whether one wants to believe the government or independent researchers/animal welfare activists. Our treatment of both categories can be appalling, lacking in compassion, lack of a scientific approach, or even cause and effect correlation.

Most pet/dog owners are caring and responsible, but lately a new breed of nouveau riche owners have emerged for whom dogs are as much a status symbol as their cars and villas. They don’t really have a love for animals, don’t have a clue how to take care of their pets, but won’t think of spending up to Rs. 100,000 for an exotic breed that they can display in their club or cat party. But they won’t bother to train them or give them personal attention, leaving them in the careless care of their minions. For them, a dog is not an affectionate companion but a status symbol, to be cruelly discarded when they tire of them or when they have served their superficial purpose. We’ve all seen countless videos of these guys abandoning their dogs on the roads or just throwing them out of their homes, with no thought as to how these poor pets will survive on our unforgiving streets.

The problem with stray/street dogs is more complex because it involves an interface between government and the public. It is a man-made problem, as are most civic problems. The number of street dogs continues to rise due to uncleaned litter on roads and public places, as hardly any urban agency has a proper, science-based neutering policy, or thinks it does. is necessary to allocate resources for dog pounds or shelters. Hundreds of crores are spent on gaushalas, but not even a pittance on dog shelters. (I’m not against the former, but surely all stray/abandoned animals need a humane shelter policy).

Street dogs are not our sworn enemies, they are our creation, but a growing part of the public (mainly the so-called educated (?), financially affluent classes who create the trash and abandon the animals) would like to see them exterminated by any means, however cruel or savage the method. Their hypocrisy and ignorance are all too evident in their behavior and selective outrage. There are about 18,000 rabies deaths every year in India, and that’s 18,000 too many. But they happen not just because a dog bites someone, but because of our failure to vaccinate pet and stray dogs, or control their population, or create dog shelters. I wish there was similar outrage about the 31,000 rapes every year or the 150,000 deaths on the roads or the 12,000 deaths in rail accidents every year. More people die every day in Mumbai from falls from overcrowded trains than from rabies, but I see no outrage against the Board of Railways or the Minister of Railways. Helpless dogs are easier targets, right?

The worst culprits in this regard are the RWAs (Resident Welfare Associations), the guardians of gated communities who think they can keep the real world out by paying high maintenance fees and hiring a horde of security guards. Remember these are the same people who threw away their housekeepers, cooks and drivers during the Covid and lockdown times, so perhaps it’s not at all surprising that they now want to send all the dogs in the gas chambers. The few recent incidents in NOIDA have seen their savagery and inhumanity on full display, lusting after canine blood on prime time television.

Most RWAs are run by people who have been irrelevant all their lives in the larger scheme of things, but who now behave like little tin dictators, passing all sorts of illegal animal guidelines of company ; some have even banned pets! It’s all against the orders and guidelines of the courts and the Animal Welfare Board, but these worthies keep foaming at the mouth in front of TV cameras and equally ignorant anchors, every time a dog bites. somebody. The people of these RWAs are just as bad, flaunting their pathological hatred of dogs as civic outrage. They keep popping crackers long after Diwali (pollution probably causing far more deaths than dog bites), not caring about the suffering of these silly beasts: at least the animals can curl up in their apartment, but the wandering poor have no hiding place. This year, a street dog was found dead in front of our Society the day after Diwali, having died of a heart attack brought on by crackers.

The municipal authorities, of course, are a class apart in their savagery and sadism. When spurred into instinctive action by apoplectic anchors, they become dog catchers, lassoing the poor animals and dragging them, screaming and thrashing, into their vans with utterly unwarranted violence. After the incident at the Lotus Boulevard Society in Noida last month, a pregnant dog who was forcibly removed died of her injuries a few days later; there is no news of her puppies. Such behavior is inhumane and totally unnecessary.

There are many animal welfare groups and NGOs willing to lend their assistance and services to feed, house, treat and even sterilize these stray dogs, but our civic bodies have not utilized their services; worse, they are treated as adversaries and occupied bodies. The govt. should accept that it lacks the expertise, knowledge, motivation and mindset to tackle this problem, and should therefore partner with these voluntary bodies, helping them financially and through d other ways to solve the problem in a humane, benevolent and effective way.

And finally, justice. The courts could have played an effective role in urging both society and the administration to act with common sense and compassion, but they only scratched the surface. Worse still, their commands have at times been inconsistent, erratic and unscientific. The Delhi High Court has shown both seriousness and concern in ordering that stray dogs may be fed by RWA residents, but only at designated places. But in a recent order that defies belief, the Nagpur Bench of the Bombay High Court banned their feeding in public. This further compounded this with another irrational direction – that those who want to feed street dogs should first adopt them and keep them in their own homes! For God’s sake, it doesn’t take a genius to figure out that a well-fed animal is less dangerous than a hungry animal! Feeding stray animals is a public service, in addition to being an act of kindness. As for adopting them obligatorily, in the same logic it would also be necessary to adopt all the beggars and vagabonds to whom we give alms on the roads, or all the victims of human and natural disasters for which we make donations! Citizens can’t do much; for the rest, we pay taxes to the government.

It’s not hard to despise these dog-phobic people, and the paranoia and ignorance that masquerades as public interest or judicial wisdom. But I pity them too, for they will never know the only pure, unselfish love in this world, outside of a mother’s love for her child – the unconditional love of a dog for its master or mistress. They’re the poorest for it, though they probably don’t know that either.

Avay Shukla retired from the Indian Administrative Service in December 2010. He is a passionate environmentalist and loves the mountains. He divides his time between Delhi and his cottage in a small village above Shimla. He used to play golf at one point, but now he’s run out of balls. He blogs at http://avayshukla.blogspot.in/