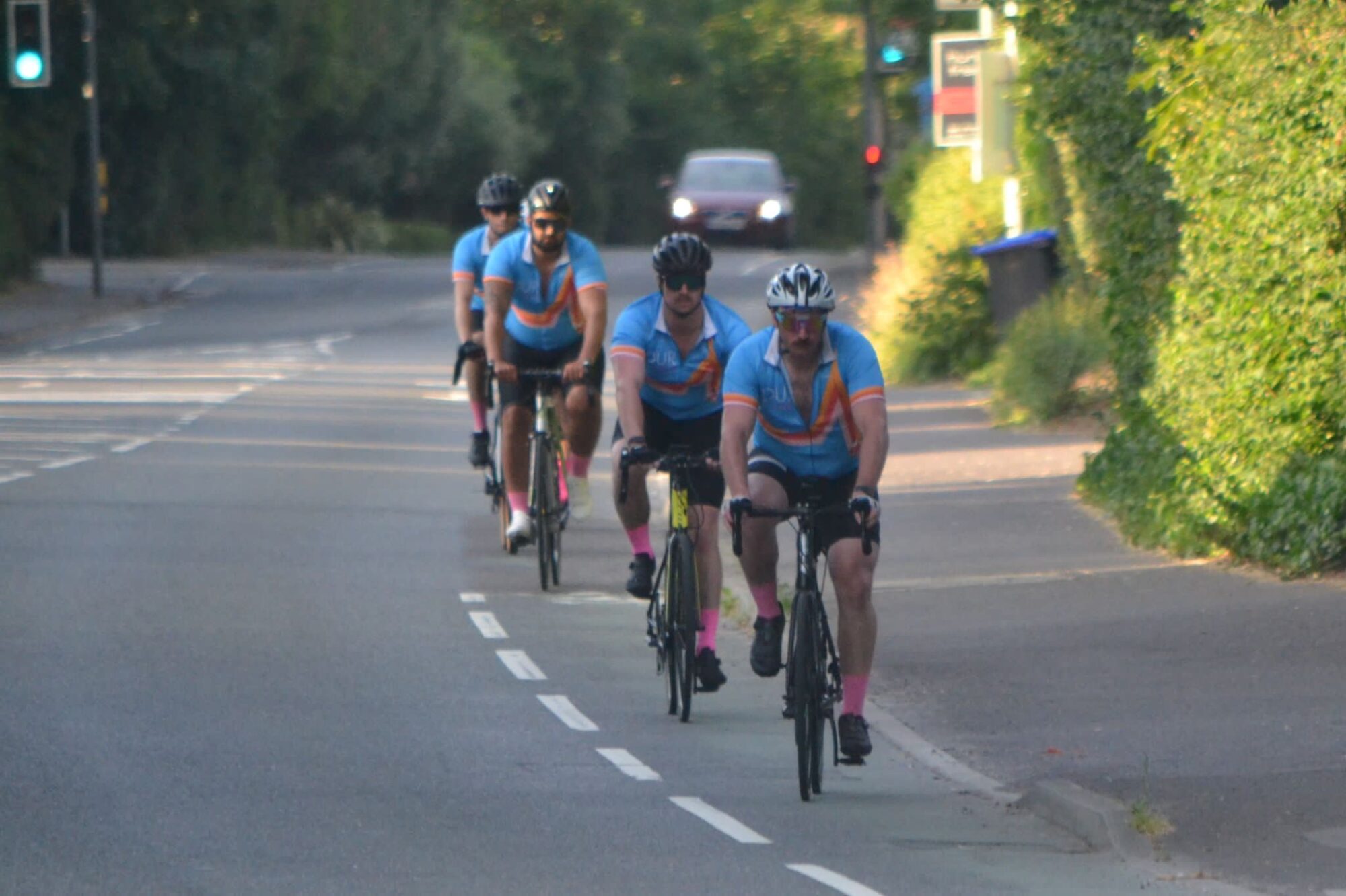 A man has raised almost £9,000 to support people with breast cancernearly her partner was diagnosed with devastating cancer.

Toby Lock, 28, from Herne Hill, recently cycled over 200km in one day on a fundraising ride in honor of girlfriend Lucie Simpson and to raise money for Guy’s Cancer Charity .

In February this year, Lucie received the heartbreaking news that she had breast cancer aged 27. She was referred to a team at Guy’s Cancer, part of Guy’s and St Thomas’ NHS Foundation Trust, and quickly started treatment.

Lucie had five months of chemotherapy before a double mastectomy and is currently undergoing radiation therapy at Guy’s Cancer Center.

Following her surgery, treatments and medication, Lucie’s healthcare team is optimistic about her future, and she has recently been able to socialize with friends and get back to living her life.

Lucie said: “Although being diagnosed with cancer was such a devastating time, the care I received was truly beyond anything I expected. I have never felt more taken care of.

“I really want to say a huge thank you to the nurses. Everyone involved in my care was fantastic, but the nurses were phenomenal. I actually miss going for my chemo.

“Toby has been so supportive of me. All the care he has given me has been amazing, but the fact that he wanted to do more to raise money is amazing. I am blown away by the amount of money that was collected.

For Toby, he wanted to raise money for Guy’s Cancer Charity to show his appreciation for the care Lucie has received, but also to ensure the team can continue to help as many people in similar situations as possible.

He said: “Despite it being such a devastating time, the care Lucie has received has been incredible and the Guy’s Cancer team has made the journey so much easier.

“We just wanted to give back for all the care Lucie received. If fundraising somehow helps someone get the cancer treatment they need, that’s the end goal.

As an avid cyclist, Toby wanted to do something that would be challenging for him and his friends who also participated.

He had the idea of ​​cycling from their home in Herne Hill in St Albans in Hertfordshire, where Lucie is from, to Devizes in Wiltshire, where he is from, and dubbed the ride “Tour DeLuce”.

Toby said: “I’ve been cycling for a few years now but nothing like this before. I did a lot of practice before the day so it was doable, but still very difficult.

“We had friends and family waiting for us at the finish line, which was amazing. We were so full of adrenaline after we finished, then about an hour later we all completely crashed.

Toby is already planning to turn Tour De Luce into an annual fundraising event to benefit those affected by breast cancer.

To donate to Toby’s fundraiser, visit his JustGiving page.