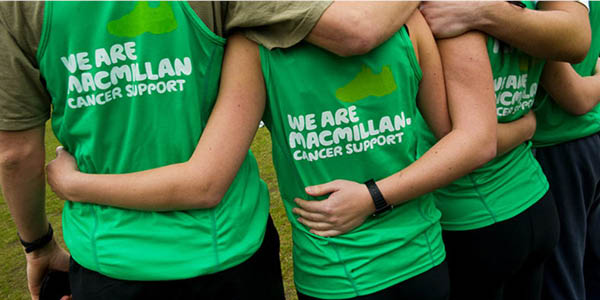 Macmillan management brought in consultants from the Social Justice Collective after employees raised concerns about the work culture at the charity.

Employees told consultants that complaints of abuse “were glossed over” and said whistleblowers were treated as “vocal troublemakers”.

A Times report said a staff member used the word “P**i” in an online meeting and no one raised concerns. Another said that when a Muslim fundraising group came to visit the offices, a senior member of staff directed a colleague to ‘talk to the security of these people and make sure they are vetted’. .

A disabled staff member said there was a Macmillan slogan about ‘putting your whole self to work’ but claimed the charity ‘doesn’t expect your whole being to be anything else than a straight, able-bodied white man.”

The report said: “Staff described an organizational culture at Macmillan that is consistently racist and ableist. Staff spoke in detail and shared examples of racism and ableism – both overt and covert. Reported behaviors and incidents ranged from discriminatory comments and microaggressions to exclusion and bullying.

“Many staff have reported extremely oppressive and painful experiences that have had and continue to have an impact on their mental health and well-being.”

Some staff had taken time off because of their experiences.

“Discriminatory incidents were often described as being downplayed, ignored or deliberately ‘hidden’, including by HR, senior managers and line managers. While many employees spoke of individual allies or positive relationships, Macmillan was often described as an oppressive and dangerous environment for minority staff to work in, let alone thrive, feel valued or have a genuine sense of purpose. ‘membership.

The cancer charity said the report was “painful reading”.

Steven McIntosh, Executive Director of Advocacy and Communications, apologized and said: ‘We sincerely thank the colleagues who shared their experiences and we share their determination to ensure that Macmillan is a workplace where everyone feels in its place.

“We are committed to letting their strong voice help us make the changes needed to move us forward.

“The findings of this report are a powerful and humbling demonstration of just how much we need to do to support our colleagues who identify as disabled and/or ethnically diverse, and we are determined to do so.

“We know we have lacked both culture and process, and we will urgently address this to ensure everyone at Macmillan feels valued and safe as we continue to fulfill our mission to do so that everyone can live well with cancer.