Look for the orange vest: Ukrainians in Romania help others 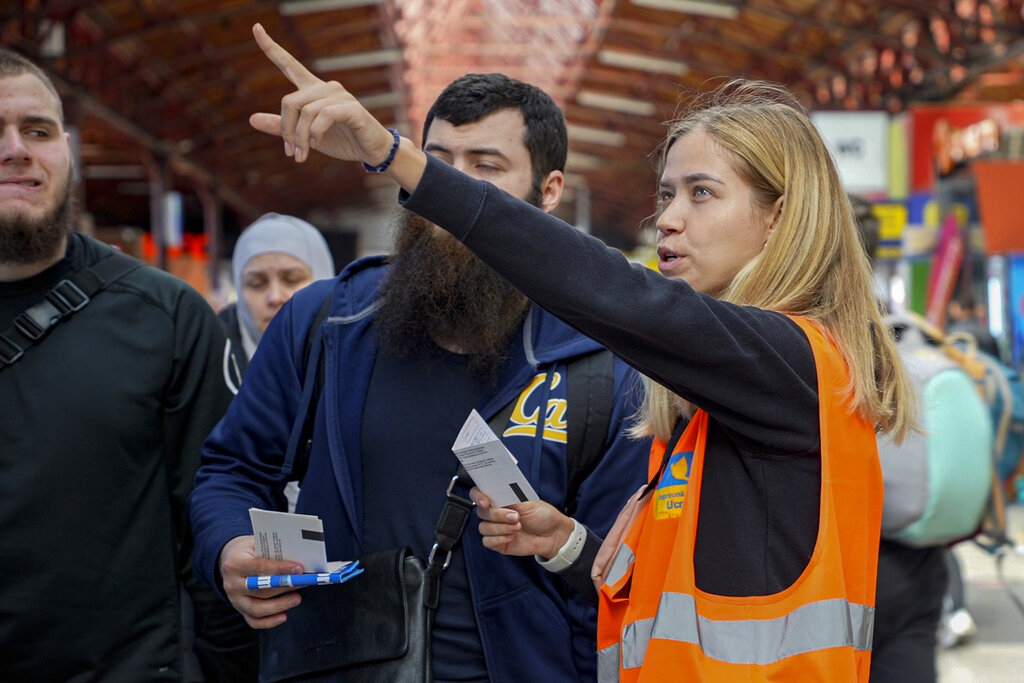 Elena Trofimchuk fled Ukraine to Romania more than a month ago. She now considers Bucharest North Station as a second home.

She doesn’t live there, but it’s where she spends most of her day welcoming her fellow Ukrainians. refugees to escape from The Russian War and help them sort out tickets, accommodation and onward destinations.

The 26-year-old said keeping busy and useful kept her from dwelling on Russia’s bombardment of her hometown of Odessa, where many of her friends reside.

“If you sit around and do nothing, you can just go crazy because you’re always looking for news. It’s very difficult. So here I can help people buy tickets and find accommodation. I even help Romanians in the kitchen,” Trofimchuk said.

Before the outbreak of war in Ukraine, she worked as a photographer.

Trofimchuk is just one of the many orange-jacketed Ukrainian volunteers working at the station.

Ukrainian volunteer Vitalii Ivanchuk flew from Sri Lanka where he lived with his Ukrainian girlfriend to help refugees arriving in Romania.

The 29-year-old IT developer said many Ukrainians find it difficult to communicate with Romanians, and volunteers who can speak both Ukrainian and English are in high demand.

His girlfriend, Anastasiia Haiduk, quit her job as an investor soon after the war started and decided to volunteer at the station until the war was over and she could be reunited with her family in Ukraine.

The Romanian government is currently offering free train tickets to Ukrainian refugees arriving in Romania which they can use to travel to Hungary, Austria, Germany, Switzerland, Slovakia and Bulgaria.