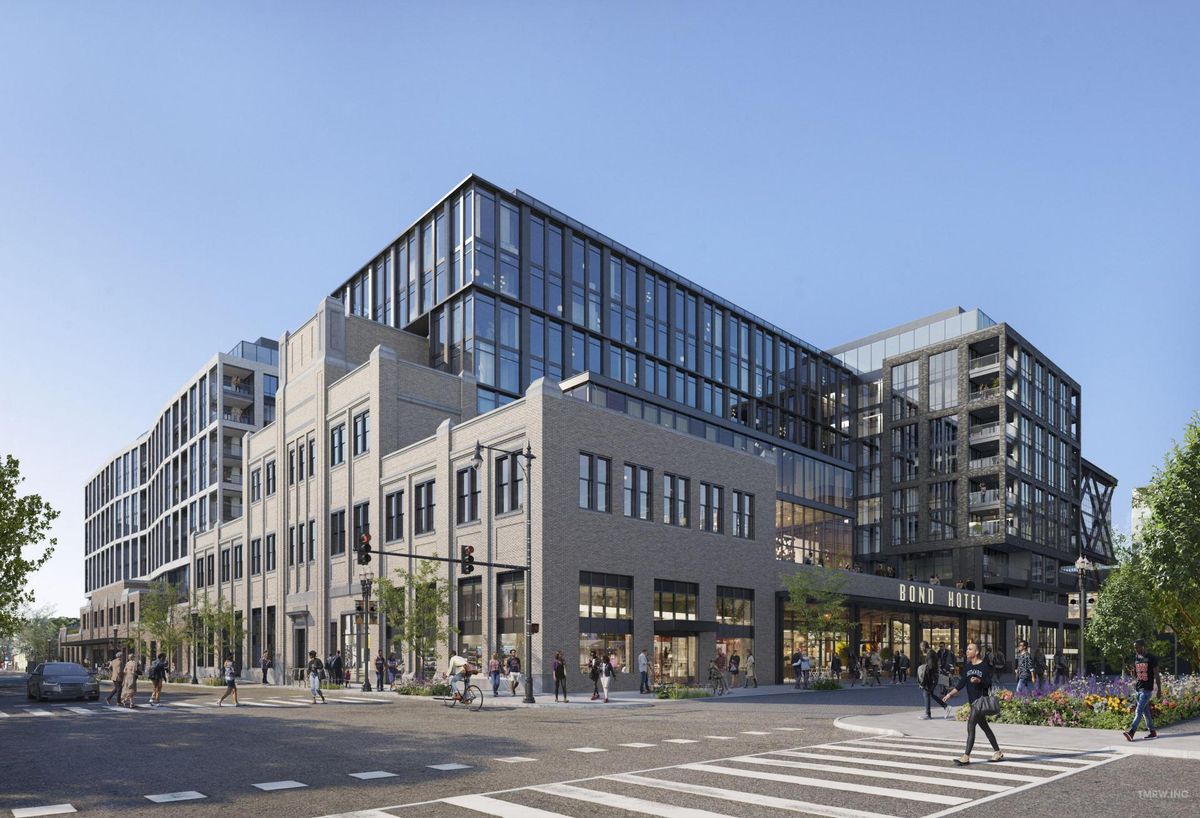 The redevelopment of a historic property in Shaw, contemplated for more than 15 years, has won key approval, paving the way for construction to begin next year on a new hotel, apartment building and a public space.

The Bond Bread Factory and Washington Railway & Electric Co. garage redevelopment was given the green light at the Historic Preservation Review Board meeting on Thursday, a month after its application was filed. After quickly overcoming a hurdle that hampered a previous effort to redevelop the site, the developers now expect to launch the project next year.

Bo Menkiti, whose Menkiti Group is part of the Bond partnership that Howard University selected to develop the site in 2019, attributes the progress to the new plan’s emphasis on historic preservation.

“It’s the culmination of many challenges for the site that were like, ‘Wow, we’ve got something really awesome,'” Menkiti said. “People are really excited about the depth and thoughtfulness of this plan.”

The plan includes 469 residential units, a 180-room hotel and just over 50,000 square feet of retail. The developers – Edens, The Menkiti Group and Fivesquares Development – ​​also plan to open a nearly 20K SF central public courtyard below the historic WRECO garage ceiling trusses and expand public space throughout the site.

The plan also includes 179 parking spaces, which, according to a report from the Historic Preservation Office approval staff, have been reduced from previous plans to avoid digging under the Bond Bread Factory building.

The interior courtyard of the Bond Bread Factory and WRECO Garage Redevelopment is expected to feature historic trusses originally incorporated into the garage structure.

The project, formerly known as Howard Town Center, has been part of the DUKE District Small Area Plan, which has guided development in Shaw, since its inception in 2005.

This is the second time Howard University has offered a plan for both sites. Between 2006 and 2009, the university acquired the two historic structures and cleared them in preparation for the development of its downtown project.

This initial plan called for the demolition of both structures, which led to objections from the HPRB and the DC Preservation League naming the Bond Bread Factory and the WRECO Garage for inclusion in the DC Inventory of Historic Places in 2013.

Howard then restarted his efforts in 2017 with a request for qualifications, and he said he received more than 20 responses before narrowing the competition down to six finalists. He selected the team of Menkiti, Fivesquares and Edens in April 2019.

The Bond Partnership met with the Office of Historic Preservation five times between March and August, and it also met with local Neighborhood Advisory Boards, Main Street Partnerships, civic associations and other organizations to gain their support for the project. .

The work the Bond Partnership has undertaken to complete the project comes as Shaw has undergone considerable development, much of it spurred on by Howard himself.

And MRP Realty is also putting the finishing touches on The 9th, a 310-unit project just north of the 9:30 Club and about a block from the Bond Bread/WRECO garage project.

All of these projects were developed under land lease agreements with the university, a strategy it uses to generate revenue and support growth in the historically black neighborhood.

Menkiti is excited about his company’s plan to help revitalize Shaw. In addition to opening the property to the public through the courtyard and retail businesses, the partners are also planning details such as paving stones with quotes from historical figures.

Ultimately, the developers hope to create a new cultural hub and center of gravity for Shaw.

“Bond Bread WRECO is an opportunity to make a historic statement about the university. It will have the most retail, it’s a place to connect,” Menkiti said. “We had an obligation to be the heartbeat of this whole neighborhood.”