Liberating press freedom in Uganda: what needs to be done 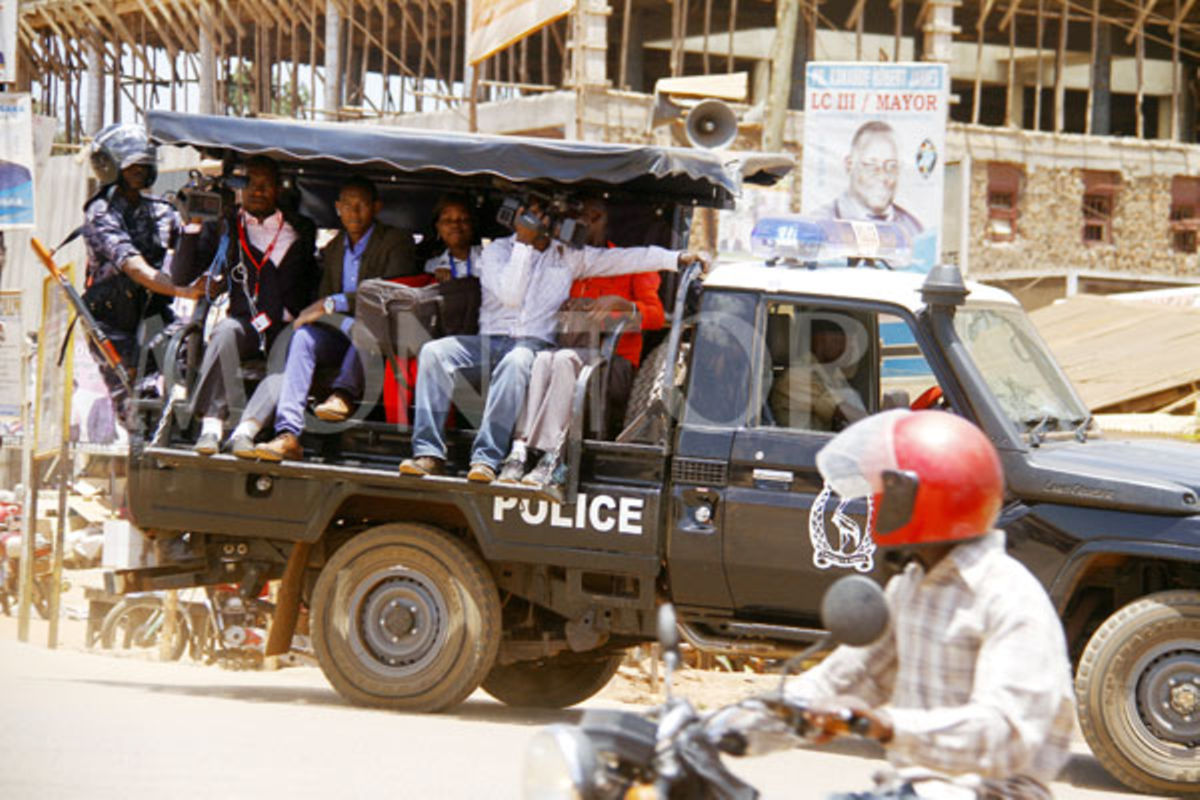 In 2018, the Reporters Without Borders (RSF) World Press Freedom Index placed Uganda 125th out of 180 nations, a dismal ranking the country has held for three consecutive years.

By 2022, the East African nation of more than 44 million people had plunged seven places as practitioners of Uganda’s fourth pillar of democracy continued to be threatened by record forms of overt and covert repression. from state actors.

Today, the national status of independent journalism is a far cry from RSF’s description of the free press. RSF defines media freedom as “the effective possibility for journalists, as individuals and as groups, to select, produce and disseminate news and information in the public interest, free from political interference. , economic, legal and social, and without threat to their physical and mental health”. mental safety.

Back on the democratic path

With Uganda’s shrinking media freedom, his journalism has found a dark stance contrary to the suggestion of Marxist philosopher Antonio Gramsci, who posits that “history teaches, but has no pupils”.

In this case, a student of Ugandan media historiography, a fourth-year journalism and communication student at Makerere University, Ms. Belinda Birungi, is “extremely afraid of disappearing once admitted into media practice”.

“I am afraid of the brutality of the police and the army. Also, there are many gray areas in our Constitution that can be used against you,” the 22-year-old Ugandan says.

Endless crackdowns on the media have subjected figures like Ms. Birungi to self-censorship.

“Security forces took the courage from us to present the wrongs of society…I mean the courage to write objectively,” Birungi, who was an intern at the country’s leading independent newspaper, Daily Monitor, told Reuters. time of this publication.

Between accepting a brutal capture of the media by the state and surviving, Ms Birungi “would rather do something other than be among the more than 40 journalists killed worldwide each year”.

Responding to Ms Birungi’s concerns, the Head of Postgraduate Journalism Studies at Uganda Christian University (UCU), Ms Annette Kezaabu, points out that “harassment and criminal penalties are dangerous for journalism”.

She adds that one way to deal with this is to ensure that “journalists’ cases are treated as torts like in most liberal societies.”

Although enshrined in Articles 29 and 41 of Uganda’s Constitution, repeated violations of press freedom, deeply committed by the security forces, have raised questions about what appears to be a crisis of legitimacy.

But Kezaabu, who also heads Uganda’s Pornography Control Committee at the Ministry of Ethics and Integrity, says “the laws in place are sufficient and do not require constitutional rewriting”.

“We should use laws to reinforce where security has made inroads, but there are things we don’t talk about that may be a mistake of compromised journalists,” she said, adding, “Journalists must respect the accepted ethos for their freedom. Sake.”

Kezaabu, however, admits that the interpretation or application of the law against journalists can be one-sided to suit the wishes of its officials or the jury.

“It is necessary to bring the country back on a democratic path to safeguard human freedom, including that of expression,” she insists.

Furthermore, Kezaabu acknowledges that the use of anti-terrorism laws and a litany of other decrees against freedom of expression constitute a clear loop of clawback clauses in the Constitution.

“It is incumbent on the media and journalists to know when not to exceed their mandate to avoid clashing with the authorities, for example by promoting nudity,” she advises.

Coming to a similar argument, Alex Taremwa, a graduate professor from the Aga Khan University School of Media and Communication, “believes that without social responsibility to the public, the media loses the values ​​that render their duty to society important “.

Mr. Taremwa argues that breaching the mandate and universally known media standards can instantly give rise to the horrors that have defined the industry in the eyes of individuals like Ms. Birungi.

One of the other challenges facing press freedom in Uganda is that there are over 200 radio stations and over 30 television stations in Uganda. The number is impressive. At least superficially. Nearly 70% of these stations, however, are owned by the deep state or lawmakers, according to a 2022 survey by the Africa Center for Media Excellence.

“…for example, media houses may seek full subscription and shy away from advertisers whose commercial advertising interests may force media houses to filter out serious stories,” he told this publication on Sept. 6. .

The ability of journalists to report freely is also hampered, for many reasons, by the low salaries accorded to journalists. In Uganda, journalists’ paychecks have stabilized below $200 (about 760,000 shillings) per month due to lack of investment in the newsroom by media moguls.

At least every editor contacted from five different (both) public and private outlets explains that “equipping journalists is essential for the free press in a digital evolution.”

He adds: “Some press corps are beaten because the executioners have no respect for their low-paying profession.”

On top of that, because of low salaries, many journalists will accept bribes to manage the cost of living. A Ugandan journalist, who preferred anonymity, confessed on September 7 to accepting a “small bribe to kill a story”.

“I killed a match-fixing story involving the national cricket team because I didn’t feel protected, including by the media house I work for. Eventually I accepted the sports fixers’ salary” , the TV sports scribe said in an interview.

This is why pay equity, even if it is a difficult subject to broach, must be studied to enable journalists to do their job well. Mr. Taremwa, in agreement with this, states that “like any other [human] it is true, a good salary definitely increases the quality of the enjoyment of freedom and eliminates the threat of corruption or blackmail, which endangers journalistic autonomy.

Another challenge to press freedom is that the audiences they write for may not have a critical awareness of the role of the media.

Over the past two decades, several media houses have sprung up in almost every region of Uganda, usually with garish headlines critical of the state, signaling the possibility that media freedom has made progress. to preserve.

However, by 2013 an outright militarist approach under President Museveni had overtaken his classic conservative National Resistance Army (NRA) post-guerrilla promise of a “free press” in 1986.

“The public cannot say they enjoy freedom if information is withheld from them. To increase our freedom of the press to over 65%, we need to raise public awareness of the fundamental importance of journalism,” said Kezaabu.

To protect what he describes as his threatened freedom to work, Eric Mwasame, 30, host of the Mbale City-based talk show Step FM, wants “journalism to be recognized as a fundamental pillar of development”.

“Society, especially politicians, see us as people who fight governments or as mere antagonists, which is wrong. This should change,” says Mr. Mwasame.

Similarly, Peninah Rukundo, a resident of Kampala City, points to “civic engagement as a key enabler of freedom of expression”.

While challenges to press freedom remain, some of these solutions can begin to pave the way for media that can do their job robustly, which in turn does a good service to the nation.

For many professions, associations help advance their agenda and allow them to listen to the powers that be. In the case of the media, however, a tiny fraction of Uganda’s hundreds of journalists subscribe to press associations that largely exist in name only in a complex political environment. This discouraged many from joining them.

“I want to know what these associations do for journalism through their actions and then I will join them,” reacts freelance journalist Daniel Emukule, 39, when asked why he is not a conformist to any press association.

Also worryingly, the virtual absence of unions in the Fourth Estate – while dozens of journalists are continuously persecuted – has forced at least eight out of 10 journalists interviewed by this newspaper on September 7 to describe the existing press associations as “linked to the State and inoperative”.

The formation of strong and respected media unions and/or associations would therefore provide much-needed support.

“In areas where there is relative freedom of the press, labor associations speak out against injustices aimed at journalists and that is why vibrant associations are essential for press freedom”, underlines the head of the studies of Postgraduate Journalism at Uganda Christian University (UCU), Ms. Annette Kezaabu.

Mr Sserwanja, 35, who quit his job at a major media house in Uganda to become managing director of the African Institute of Investigative Journalism (AIIJ), believes the country needs more media outlets. the type that protect media professionals under threat.

“We (stakeholders) all have a role to play in improving journalism in this country. The future of journalism depends on the collaboration of entities that lead conversations against media repression,” he says.

This story was produced with the support of Media Freedom Committee (MFC) Uganda in conjunction with WAN-IFRA.