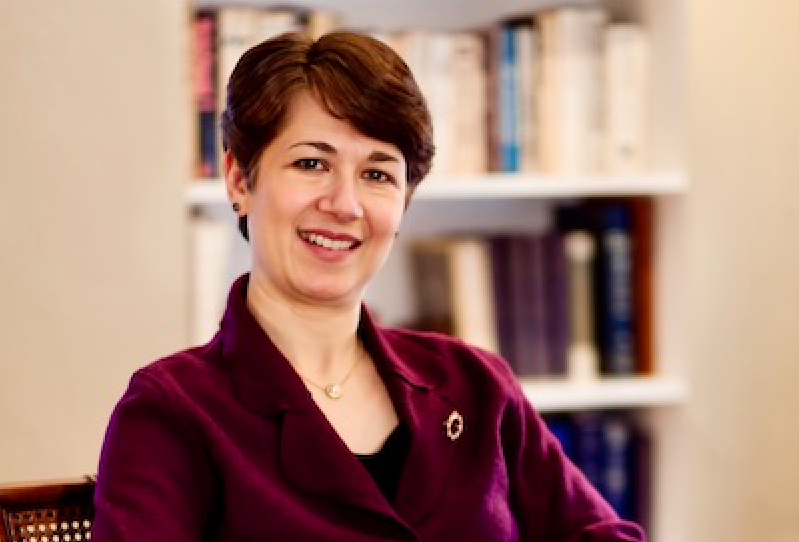 Julie Strauss, a local speaker on the three branches of American politics and the subcategories related to each, presented a Levy virtual lecture on April 12 titled “Dark Money: The Money Behind Our Politics.” The focus of his lecture was the history of campaign finance laws and their evolution in our political system, as well as the consequences of these laws.

Strauss’ academic background is in the social sciences (Wesleyan University) and she holds a Ph.D. in American History from Northwestern University. It began with a sentiment, attributed to Justice Louis Brandeis, a member of the United States Supreme Court from 1916 to 1939 and the court’s first Jewish judge. He said, Strauss relates, “We could either have a democratic society or we could have the concentration of great wealth in the hands of a few, but we cannot have both.”

In less than 100 years, Brandeis’ prescient sighting may well be on its way to becoming a prophecy. Over the past decade, the 10 most generous donors and their spouses — 20 people — have given at least $1.2 billion in federal elections, according to Strauss.

It has not always been so. After Watergate, Congress passed campaign finance legislation in 1971 – later amended in 1974 – called the Federal Election Campaign Act (FECA). The law did three things: it specified how much money an individual, political party, or political action committee could donate to a campaign; it specified the amount of money a candidate could donate to his own campaign; and he created the Federal Election Commission “for the purpose of trying to regulate the money in the system,” Strauss said.

The intent of campaign finance legislation was to reduce the influence of individuals with the ability to donate large sums. But those who disagreed with the limits pushed back, and within a year an appeal was filed with the Supreme Court.

In January 1976, the Supreme Court rendered a decision in Buckley v. Valeo which overturned some key provisions of the FECA. The ruling determined that it was unconstitutional and a violation of a candidate’s First Amendment rights to limit the dollar amount of contributions (so-called hard money) one could give to oneself. It also removed the $1,000 limit on independent expenses (“soft money”), provided that a candidate’s supporters take action independent of the candidate’s campaign.

Buckley v. Valeo legitimized the concept that giving money to a political campaign was a protected form of freedom of expression. Ultimately, this also paved the way for the Citizens United case decided in 2009, which opened the floodgates to anonymous and unlimited political contributions.

While a candidate’s campaign for political office had to follow specific fundraising laws and regulations, independent groups that supported a particular candidate and were not officially aligned with the campaign had few restrictions. These groups were organized by friends of the candidate and set to work raising funds and visibility, often by “going negative” about their candidate’s opponent.

Going negative was an effective strategy, Strauss said. If an independent group raises the questions, that means the preferred candidate does not have to. If the independent group makes accusations that are exaggerations of the truth or even lies, the candidate can rightly claim “plausible deniability”. And the person slandered has very little recourse. Negative advertisements about the opponent are generally easier, faster and less expensive to produce than promoting an advertisement about the qualities of a candidate. Positive ads that articulate a candidate’s accomplishments need to be accurate and difficult to produce without any official campaign support, Strauss said. On the other hand, the negative advertisements which evoke the scandal are clear.

Then Strauss moved on to 2002 when the McCain-Feingold legislation, the Bipartisan Campaign Reform Act, was passed. This law dramatically reduced soft money donations while increasing the amount of hard money that could be collected. It also banned political ads by corporations or unions within 30 days of a primary election or 60 days of a general election.

In 2008, a conservative nonprofit group, Citizens United, sued to advertise and air “Hillary: The Movie” before the 2008 Democratic primary election. The Supreme Court heard the case in 2009 and ruled it in 2010, declaring that the government had no right to limit independent spending on political campaigns by corporations, unions, non-profit organizations and other groups.

A second 2010 decision by the DC Circuit Court of Appeals in Speechnow.org v. FEC ruled that the $5,000 limit on individuals giving PACs violated the Constitution’s First Amendment free speech guarantee. This led to the creation of “super PACs”, which Strauss described as “expenditure-only independent committees that can solicit unlimited funds”.

According to Strauss, in the 2018 election cycle, the top 1% of super PACs donated 96% of all funding. More explicitly, the top 1,562 donors gave $818 million in 2018 alone. Although donors are required to make their donations public, those who contribute to super PACs are often untraceable. Strauss said “in the know” people involved in the issues on both sides of the aisle know the identity of the PAC super donors, but it is hidden from the American public.

As Strauss explained, there are legal ways to get around the rules. Consider, for example, the differences between two nonprofit entities, 501(c)(3)s and 501(c)(4)s, governed by IRS rules. The first, 501(c)(3), promote religious, educational or charitable missions and the names of their donors must be disclosed. The second, 501(c)(4)s, are civic organizations or associations of citizens; they are allowed to lobby and the names of their donors do not need to be disclosed.

A specific type of 501(c)(3) is called a donor-advised fund (DAF). A DAF is a “charitable giving vehicle” administered through a public charity. A donor contributes to the DAF, the money is invested and the donor benefits from the tax deduction that year. The donor can divide the distribution as they wish: in small or large quantities, to many organizations or just a few, and over several years or just one. The DAF offers donor convenience, flexibility and, most importantly, anonymity. Additionally, 501(c)(3) groups are permitted to accept donations from 501(c)(4) organizations, resulting in a portion of donor names not being publicly disclosed.

Strauss listed several weaknesses in our current system. The IRS is understaffed and overburdened, creating an environment for unscrupulous actors to take advantage of government loopholes. The two-party system in the United States is weak, and party leaders don’t have as much control over their members as they did 15 or 20 years ago.

The influence of billionaires behind super PACs who focus on specific issues such as climate change deniers or gun control advocates leads to elected officials who are heavily influenced, even beholden, on these issues. Strauss cited an example where in the 2010 election there were 85 new Republican members in the House of Representatives. Of these 85 people, 76 have signed a ‘no climate tax’ pledge stating that they will oppose climate change legislation. Fifty-seven of them had received campaign contributions from the Koch brothers’ PAC.

A video of the webinar can be viewed on the Levy Senior Center Foundation YouTube channel until midnight April 26.