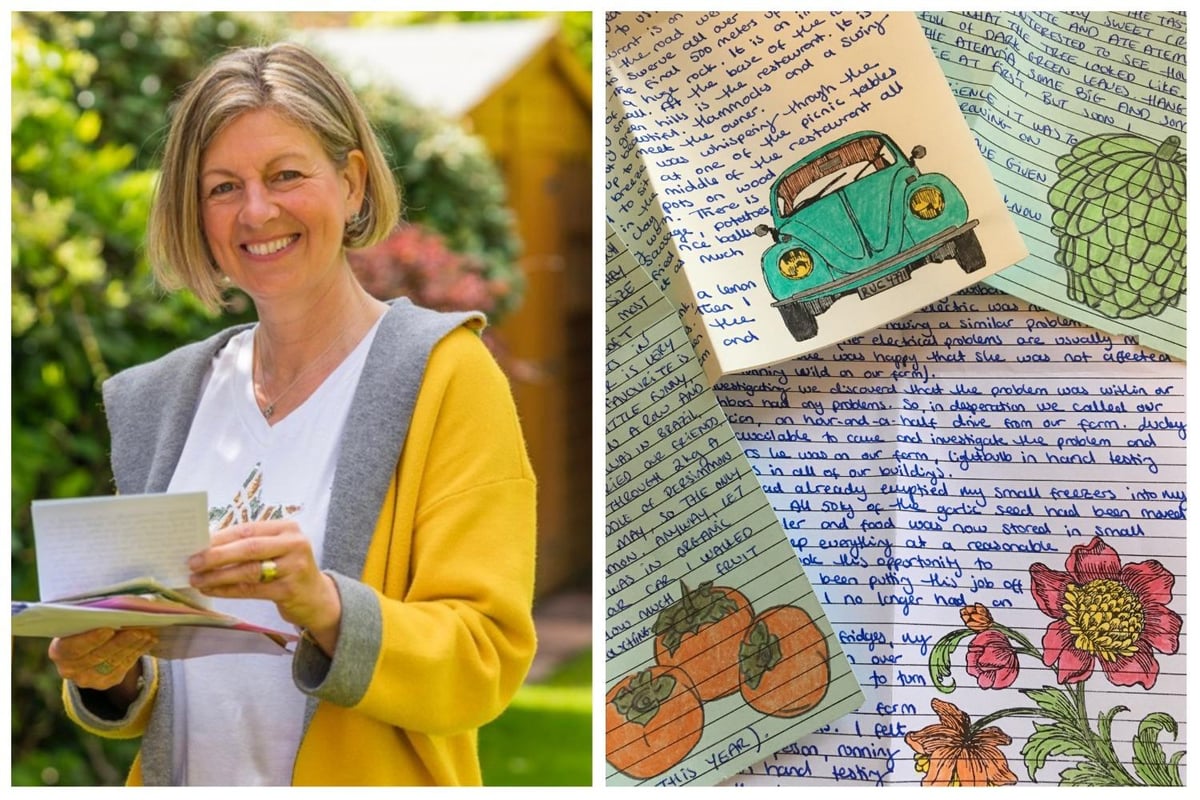 Peterborough City Hospital has partnered with a charity that helps people undergoing cancer treatment find comfort through the power of the written word.

The charity, called From Me To You, works with the hospital’s cancer welfare department to ensure letters that have been written and donated by sympathetic strangers are distributed to patients.

Alison Hitchcock, co-founder of From Me To You, explained how the charity aims to help reduce the social isolation and loneliness that cancer patients often experience.

Alison Hitchcock, co-founder of From Me To You: “Sometimes a letter from a stranger can give individuals the positivity and reassurance they need, as well as a welcome break from thinking about cancer treatment. “

“We often hear that emotional support can sometimes disappear when patients go through surgery and treatment because their loved ones just don’t know what to say or how to communicate,” she said.

“Sometimes a letter from a stranger can give individuals the positivity and reassurance they need, as well as a welcome break from thinking about cancer treatment.”

Alison decided to start a charity that encourages people to write letters to people with cancer after she started writing letters to her friend, Brian Greenley, who was diagnosed with bowel cancer in 2010.

Alison’s letters became an integral part of Brian’s recovery process over the next two years as his cancer progressed from Stage III to Stage IV. Fortunately, Brian is now cured of cancer.

Alison said she was “delighted” that her charity was partnering with the Cancer Wellbeing Service at Peterborough Hospital.

Marianne Hill, counselor at the Cancer Wellbeing Service, said letters from strangers are already generating a lot of positivity:

“Our patients have loved receiving the letters and find them to be kind, uplifting and uplifting when they are feeling lonely,” she said.

“It’s always nice to know someone is thinking of them, and the kindness of a stranger can make people feel so loved and cherished.” Marianne added: “Those undergoing chemotherapy treatment are still particularly vulnerable, so to be able to give them something as simple as a letter to brighten their day is priceless.

Both Alison and Marianne strongly believe that even though the letters are from people who have never met before, a little note or postcard can make all the difference to someone undergoing treatment. To this end, Alison is committed to increase awareness good work that From Me To You does and encourages more people to get involved:

“We have big plans for the Peterborough District and hope to inspire as many people as possible to fundraise and write letters,” she said.

“One of our trustees, Liz Kentish, recently dressed up as a letterbox and walked the Stamford Town Trail and raised over £2,000 for our Donate a Letter scheme.”

The efforts of the association are clearly bearing fruit

“We’ve seen a huge increase in people signing up to write and receive letters,” enthused Alison. “Knowing that we can now help patients at Peterborough City Hospital feel a little less isolated is a such honor. ”