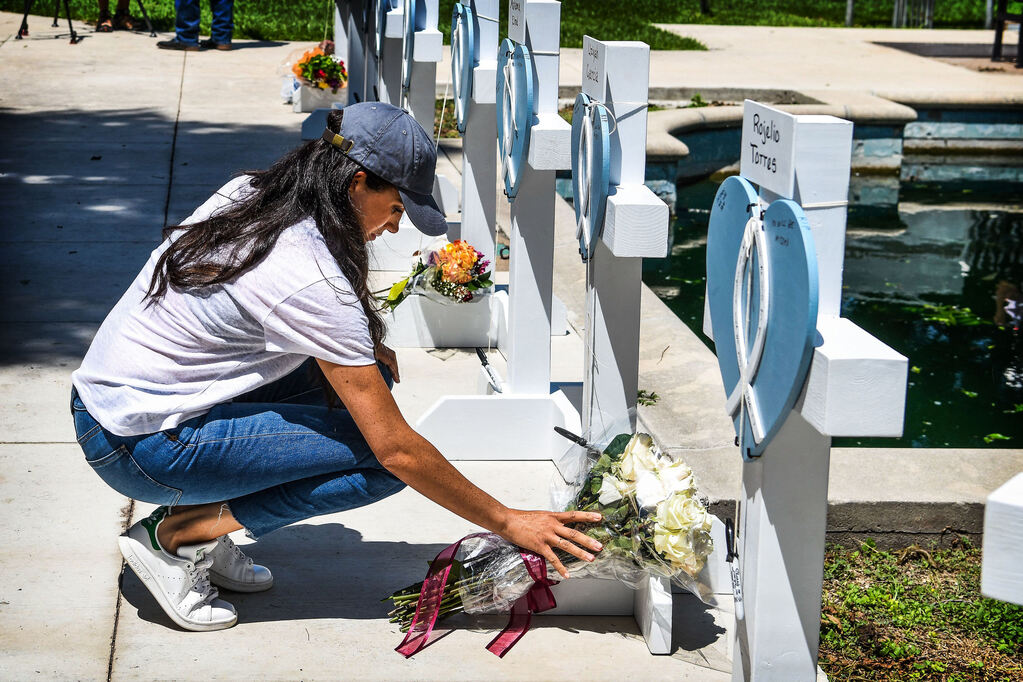 Submit your letter to the editor via this form. Read more Letters to the Editor.

Have you ever noticed that those of us who believe in gun control (or eradication) aren’t the ones who shoot anyone?

It’s time to stop praying and do something about weapons because it’s much harder to kill without them.

The story of being bullied is behind the shooting

There’s an unmistakable common thread running through all the teenagers with guns: they were all strangers, loners who were bullied at school. They return to a school with bitter anger, walking like ticking time bombs seeking revenge for the hateful experience they had at school, and in both Sandy Hook and Uvalde’s cases, even after shooting on a family member.

To those who don’t think school bullying isn’t a factor and isn’t a cause of mental illness, rage and anger, think again.

Who is complicit in the creation of a monster?

See photos of dead and dying children whose last cries and whispers were for their moms. See the scene the first responders walked into, then ask, “Was I complicit? »

As complicit as politicians and magistrates who support gun rights, including no background checks and the right of 18-year-olds to buy guns and magazines extended, beyond laws and sensible gun regulations. As accomplices as the voters who support them. And while no matter how much abuse, neglect, exposure to domestic violence, or other negative childhood experiences we will eventually learn contributed to the shooter’s desire to slaughter children, he was responsible. .

But those responsible for any abuse, neglect, domestic violence or other trauma upon him, and those who knew but failed to effectively end the abuse and help him, were also unknowingly as complicit as the politicians and voters who knowingly continue to allow such horrors.

Your readers have had the opportunity to review Mercury News’ recommendations for San Jose City Council and Mayor. They receive mailings with endorsements from hardworking people, big business, and many well-funded special interest groups seeking to influence San Jose politics.

Perhaps voters should consider which candidates have been endorsed by the city’s main residents’ organization. Families and Homes San José is a grassroots coalition of dozens of local neighborhood associations representing city residents. We are an all-volunteer organization with a zero budget.

Families & Homes asked the candidates to clarify their positions on residential zoning policy. The selection criteria focused exclusively on positions and achievements related to the General Plan and the protection of the district.

After 8 years, Low is unaffordable

Evan Low has been my MP for eight years. For months, I tried to talk to him about proposed California laws that would deeply affect my family. I was never able to speak with him. Imagine my disbelief when he spoke at the recent voter forum. He bragged about being “passionate about civic engagement and making sure I’m approachable and accountable to you”.

Perhaps this lack of interest shouldn’t come as a surprise. The Mercury News reported that Evan Low also runs a nonprofit where he dines with wealthy donors. These meetings and donations are secret. There is no disclosure required, according to Low. This type of profiteering from elected officials should be illegal, and I hope future lawmakers will consider legislation banning this type of black money.

]If the GOP wins Congress, democracy will suffer

Re. “When Democrats Play Defense While Republicans Play Offensive,” Page A6, May 25: Kudos to Kurt Bardella for eloquently articulating what has been a theme of our dysfunctional Congress: Democratic Inability to accept that once the Republicans regain control of Congress, they will reject the rules and pursue their agenda of democracy destruction with enthusiasm.

It’s hard to rationalize the naivety of Democrats in Congress when they’ve seen consistent examples of this behavior. The fact that Bardella served as a senior adviser to both sides lends credence to his credentials as a reasonably objective observer.

We would be wise to listen to the words of Maya Angelou: “When people show you who they are, believe them the first time.”